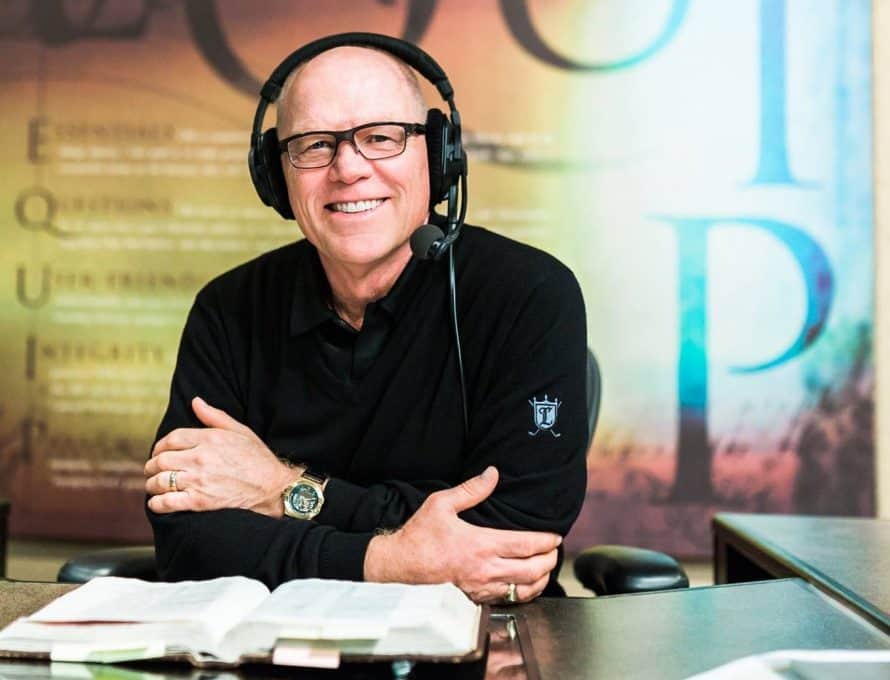 NASHVILLE (BP) — “Bible Answer Man” Hank Hanegraaff has answered evangelicals’ questions about Scripture and Christianity for nearly three decades in his nationally syndicated broadcast, but his recent decision to join the Orthodox church has left some Southern Baptists with more questions than answers.

Among those assessing Hanegraaff’s decision are leaders of the Bott Radio Network, which has broadcast the “Bible Answer Man” since the 1980s — in fact, since before Hanegraaff joined the show in 1989.

“We want to make sure that our listeners know that the programming that we have on Bott Radio Network is thoroughly biblical,” said BRN President Richard P. Bott II, a member of Lenexa Baptist Church in Lenexa, Kan.

“We live in strategic times,” Bott told Baptist Press, adding that BRN is excited to offer a new lineup that he hopes will ultimately foster revival in this nation. BRN is striving to provide solid, biblical programs to encourage and challenge listeners, he said.

Hanegraaff, 67, and his wife Kathy became members of St. Niktarios Greek Orthodox Church in Charlotte, N.C., on Sunday, April 9, where they had attended services more than two years.

The following day, he confirmed online reports about his conversion to Orthodoxy during his radio broadcast, while also claiming that his teachings remain unchanged and faithful to Scripture.

“I am as deeply committed to championing ‘mere Christianity’ and the essentials of the historic Christian faith as I have ever been,” Hanegraaff said during his April 10 broadcast.

“People are posting this notion that somehow or other I’ve walked away from the faith and am no longer a Christian,” he added during his April 11 broadcast. “Look, my views have been codified in 20 books, and my views have not changed.”

Despite his claims, news of Hanegraaff’s conversion “has raised a number of eyebrows, concerns and questions in the evangelical world,” said R. Philip Roberts, director for international theological education with the Global Ministries Foundation in Tennessee, who also teaches adjunctively at Truett-McConnell College in Georgia.

“Of course, the roots of Eastern Orthodox theology go back centuries — even to the ancient creeds, councils and church theologians,” Roberts said. “The problem is what has happened since then in terms of revisions and interpretations in Eastern Orthodox thinking by eastern mystical thinkers” involving “the biblical doctrines of God, Adam, humankind, sin and salvation.”

Orthodox Christians, nevertheless, have made much of their aura of antiquity.

For example, after thousands of evangelicals followed Campus Crusade staff member Peter Gillquist into Orthodoxy in the 1970s and ’80s, Metropolitan Philip Saliba — then head of the Antiochian Orthodox Christian Archdiocese of North America — called Americans to “come home to the faith of Peter and Paul.”

Likewise, after news of Hanegraaff’s conversion, New York Times best-selling author Rod Dreher of “The Benedict Option” — himself a convert to Orthodoxy from Roman Catholicism — congratulated him with these words: “What astounding news! Many evangelicals seek the early church; well, here it is, in Orthodoxy.”

Roberts and others doubt Orthodoxy’s claim to be the “early church” and to represent “the faith of Peter and Paul.”

“The problem is that Orthodoxy is, in most senses, not ancient enough. It is not based on sola Scriptura — the Bible alone,” Roberts said. In reality, while Orthodoxy has roots in the ancient church, its particular ceremonies and theology developed gradually throughout the centuries. In 1054 A.D., a long history of linguistic, cultural, political and theological differences led to the “Great Schism” between Western, Latin-speaking Christianity — which would develop into the Roman Catholic and Protestant traditions — and Eastern Orthodoxy.

Roberts and Paul Negrut, president of Emanuel Baptist University and Seminary in Oradea, Romania, point out that Orthodoxy isn’t actually a uniform brand of Christianity.

“The Orthodox world is not monolithic, and one cannot become Orthodox in general,” Negrut wrote in a 1998 article in the Christian Research Journal, a publication of Hanegraaff’s own Christian Research Institute. The one Orthodox church is actually several autonomous, though related, branches of Christianity: for example, Greek Orthodox, Russian Orthodox, Syrian Orthodox and what Negrut called the “Orthodox diaspora” — those Orthodox churches in Western Europe, the Americas, Africa, Japan, China and Australia. Moreover, within these branches of Orthodoxy, there exist theological and cultural divisions — thus breaking up the “romanticized, idealized [Orthodox] church” of western imagination, Negrut wrote.

According to Negrut, Orthodox theologians also suggest that church tradition — that is, decisions of church councils and the teachings of the Church Fathers — stands