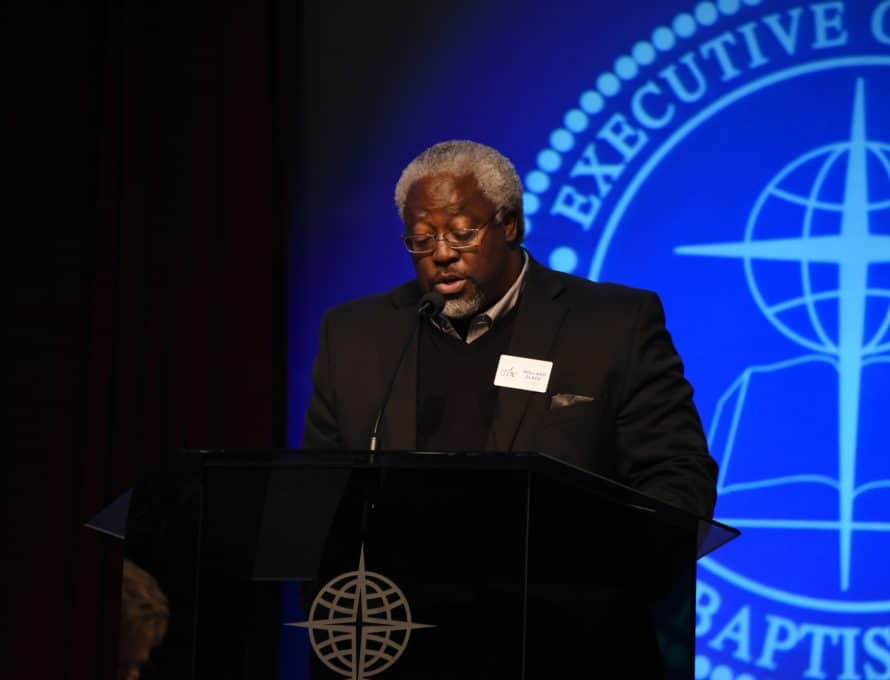 NASHVILLE – Rolland Slade announces Feb. 21 to the Executive Committee that the CP committee he chairs voted to appoint a committee “to study and recommend redemptive solutions to the current reality in Southern Baptist life of churches’ either escrowing or discontinuing Cooperative Program funds, with the report being brought back to the September 2017 Executive Committee meeting.” BP Photo by Morris Abernathy

NASHVILLE (BP) – With an ad hoc committee of the Southern Baptist Convention Executive Committee set to begin its study of churches’ escrowing Cooperative Program money, EC chairman Stephen Rummage says the study was occasioned in part by the notable volume of contacts the EC has received regarding the Ethics & Religious Liberty Commission.

ERLC President Russell Moore told Baptist Press the entity is “a servant of our churches” and “happy to work with the Executive Committee.”

Meanwhile, Jack Graham, pastor of Dallas-area Prestonwood Baptist Church, told BP the congregation will conclude its internal study of giving to SBC causes before the convention’s June annual meeting in Phoenix. Prestonwood announced last month it would escrow CP funds over “various significant positions taken by the leadership of the Ethics & Religious Liberty Commission.” Prestonwood plans to continue cooperating with the SBC in some form, Graham, a former convention president, said via text message.

Other churches have taken or are considering similar action over concerns related to multiple SBC entities, according to reports received by the EC.

The group’s initial meeting, Slade said, likely will occur via conference call. A date for the meeting will be calendared by March 18.