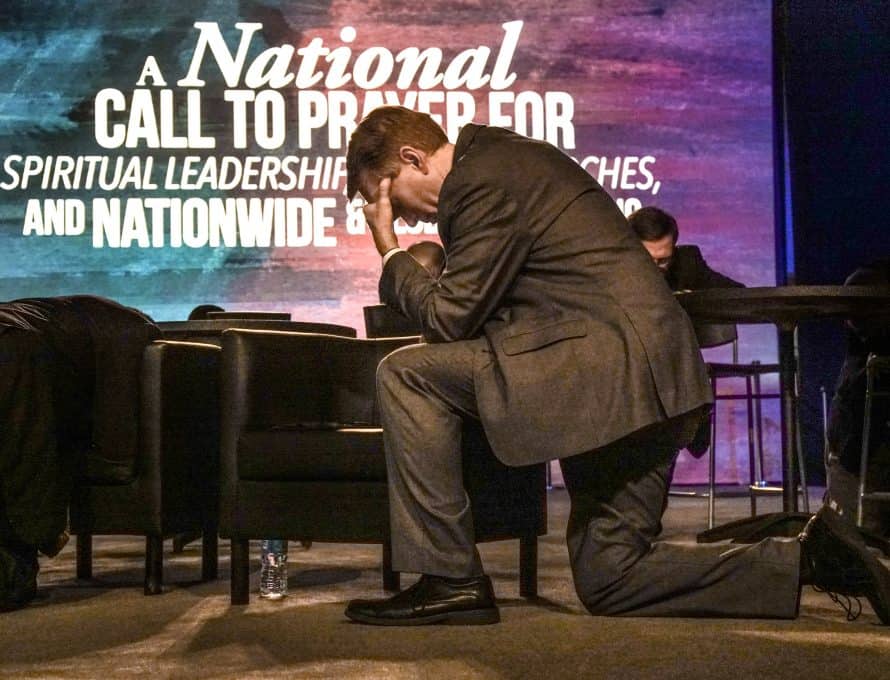 ST. LOUIS – Sen. James Lankford (R-Okla.), shown here praying for the country during the National Call to Prayer at the 2016 annual meeting of the Southern Baptist Convention in St. Louis, was one of at least 32 Southern Baptist members of Congress elected or reelected, Nov. 8. BP Photo

Five Southern Baptist members of the House either retired, lost in a primary or fell short in races for other offices.

Reps. Randy Neugebauer of Texas and Lynn Westmoreland of Georgia retired. Seven-term Rep. Randy Forbes of Virginia failed to regain his seat when he fell short in the Republican primary. Rep. John Fleming of Louisiana failed to qualify Nov. 8 for the run-off for a Senate seat. Rep. Marlin Stutzman of Indiana lost in the GOP primary for the Senate.