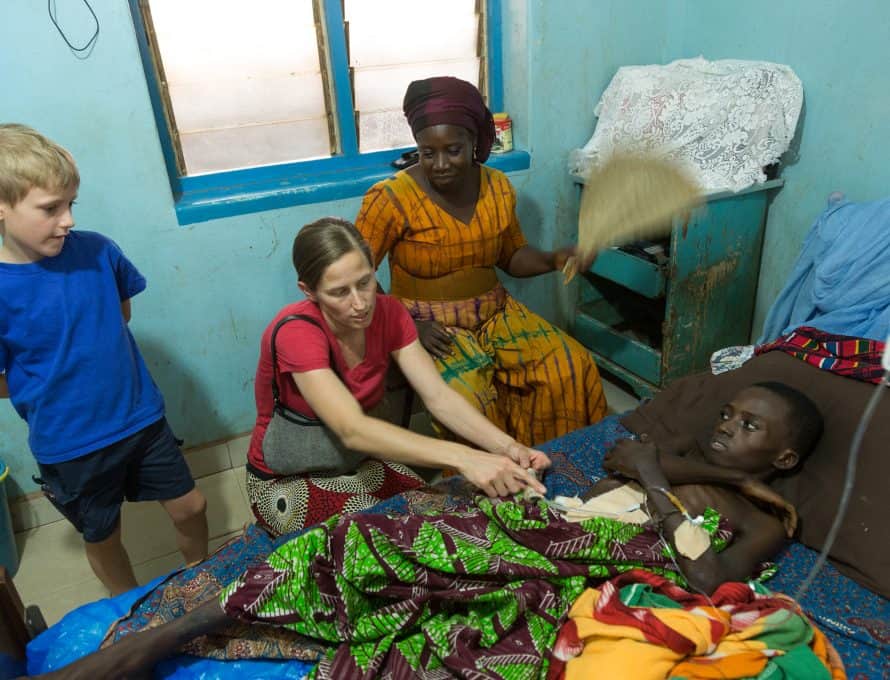 IMB trustees celebrated a balanced 2017 budget during their Nov. 10-11 board meeting.

“I am pleased to share with you that because of generous giving from Southern Baptist churches to the IMB, disciples have been made and churches have been multiplied over the last year among the nations in truly breathtaking ways,” IMB President David Platt told trustees, according to Baptist Press.

“Furthermore, we are pleased to be able to present to you a balanced budget request for 2017 that projects growth in both fully supported missionary appointments as well as new pathways designed to see multitudes more men and women taking the Gospel to people who have never heard it.

“We have a sense of glad celebration with responsible projections,” Platt said. “As we are communicating to churches, we want to say two resounding words: Thank you.”

The IMB’s celebration comes little more than a year after the agency announced plans for addressing financial challenges that, if unaddressed, would have soon depleted the IMB’s reserve funds. In responding to these challenges, IMB leadership implemented an organizational reset that ultimately led to the voluntary resignations of 1,132 missionaries and staff members.

The IMB’s 2017 budget is set at $270 million, and—as noted by Platt— the “responsible projections” within this budget may help avoid financial challenges in the future, while also laying a strong foundation for Southern Baptists’ global mission efforts.

Projections for the LMCO, which provides roughly 60 percent of the IMB’s revenue within the 2017 budget, reflect a renewed commitment among IMB leadership to fiscal conservatism, especially when contrasted to projections used during the years leading up to the IMB’s financial challenges of 2015. For several years during that period, the IMB projected as much as $175 million in total LMCO receipts, but actual giving fell short of that goal—in 2009, by as much as $26 million. This consistent discrepancy between LMCO projections and actual receipts was one—though not the only—contributor to the IMB’s previous financial challenges, according to Rodney Freeman, IMB treasurer and vice president for support services.

According to Freeman, however, the 2017 budgeting process “is built on a goal of short-term financial responsibility and long-term organizational stability.” He reported that, although they expect that Southern Baptists may give as much as $170.5 million to LMCO during the 2016 calendar year, the IMB decided to project only $163.1 million for 2017 budgeting purposes.

During the 2015 LMCO campaign, Southern Baptists gave a record-breaking $165.8 million to LMCO—that is, roughly $2 million more than the amount projected in the IMB’s 2017 budget.

Freeman insisted that the IMB’s “conservative projections” for LMCO do not show “a lack of faith in giving.” Instead, he said that this LMCO projection is a “wise approach to stewarding the gifts from Southern Baptists for international missions.”

Robin Hadaway, professor of missions at Midwestern Baptist Theological Seminary in Kansas City, praised the IMB’s conservative approach toward LMCO in the 2017 budget.

“I salute Dr. David Platt and his leadership team for proposing a budget that is both challenging and conservative at the same time,” Hadaway said in a written statement. “As local churches have to be responsible not to budget more than they expect to take in, the IMB is doing the same with the funds the churches send them.  If more comes in from the Lottie Moon Christmas Offering (LMCO) than expected, the IMB can easily expand its budget. I appreciate the IMB’s earnest and careful stewardship as we enter the LMCO giving season this year.”