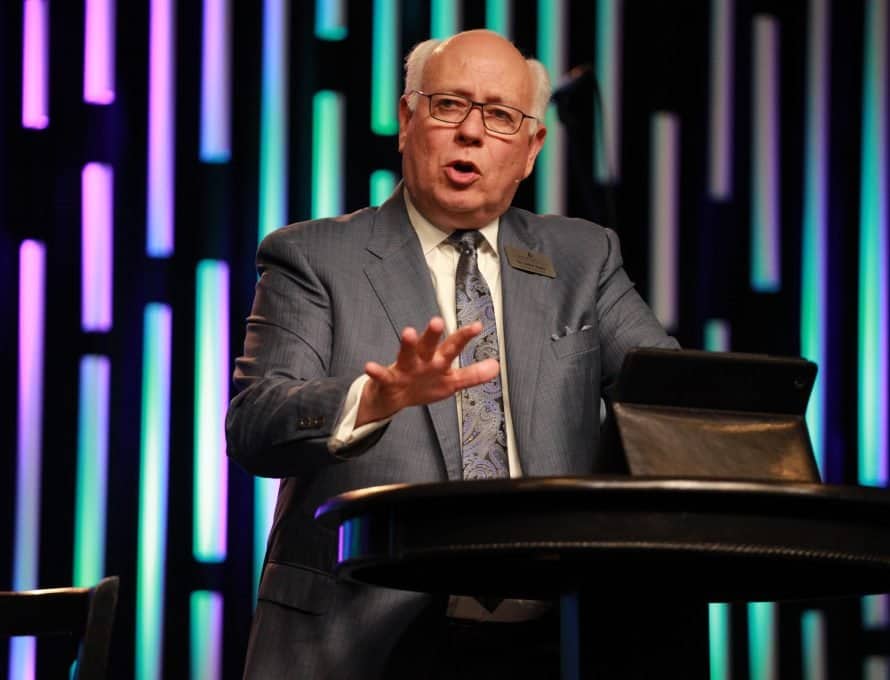 Yeats spoke to Missouri Baptists in his president’s address during the opening session of the meeting, held in the St. Charles Convention Center.

“The Lord Jesus said to His followers, ‘I am with you always, to the end of the age,’” noted Yeats. “And in Hebrews 13 He reminded us, ‘I will never leave you or forsake you.’”

Even so, there are trying times when believers find themselves anxious. That’s why it’s so important for Christians to belong to a team, according to Yeats. “I did not say be on a team, because you can be on someone’s team and be alone. But when we belong to a team, aloneness tends to evaporate.”

The executive director encouraged Missouri Baptists to work toward forming gospel teams that feature a number of key personal qualities.

First, humility. “Of all the character traits that contrast the world and the gospel, humility is the greatest,” he said. “Humility is not thinking less of yourself as much as it is thinking less about self.”

Second, holiness. The apostle Peter urges followers of Jesus to serve as obedient children, becoming like the Holy One who called them. “The enemies of the gospel want us to morally fail,” cautioned Yeats. “Don’t be duped into thinking you are above temptation. Stay spiritually on point in the Word of God.”

Third, hunger for the mission – “the gospel mission of transforming lives and communities with the gospel,” said Yeats. “We want to see the people of God compassionately share their convictions in the workplace, the school house, and the state house.”

Fourth, faithfulness. Wherever God places people on His team, it’s important to acknowledge His calling and to be faithful in whatever He calls us to do, said Yeats. “That’s part of what the Cooperative Program is all about,” he said. “It is our working together to support one another in these days before the Lord cracks open the skies. Be faithful here and now.”

Fifth, hear the Master speak. John 10:27 is a precious promise, Yeats noted. As believers, we hear the voice of the Lord and are assured we belong to Him. “We are on mission to follow the Master in all things,” he said “When we hear His voice through the Word or through the Holy Spirit, it is imperative that we obey him.”

Yeats closed with a word of encouragement: “Because of the Lord’s death on the cross, the battle is won. Loneliness is a defeated foe. Now act like it — be strong and courageous. Let our character reveal the magnificent work of grace begun in us for the purpose of shaping the course of history for generations to come.”