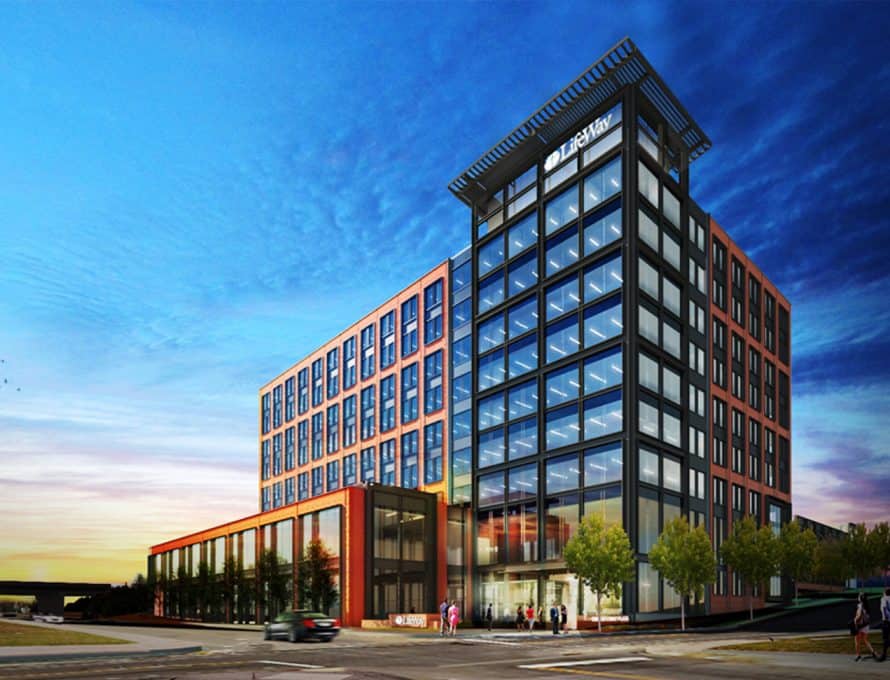 ASHEVILLE, N.C. – An artist’s final rendering of LifeWay’s new home in downtown Nashville. The building should be ready to occupy in 2017. BP Photo

An artist’s final rendering of LifeWay’s new home in downtown Nashville. The building should be ready to occupy in 2017.

LifeWay President and CEO Thom S. Rainer told trustees, “I can honestly say LifeWay’s future is brighter than ever.”

“I could not be more proud of LifeWay’s employees and those who make up the leadership team as I watch God work through them to provide ‘biblical solutions for life,’” Rainer said, emphasizing LifeWay’s vision statement. He reminded trustees that with every resource LifeWay produces and sells, they ask three questions rooted in the statement: “Is it trustworthy? Is it effective? Is it transformational?”

Rainer gave a progress report on the entity’s new facility being built in downtown Nashville, showing artist’s renderings of the outside elevations, lobby and cafeteria. “We believe our new location is a place where we can truly build community and demonstrate in word and deed the Gospel of Jesus Christ.”

Rainer also announced Connia Nelson as the new senior human resources director. Nelson has served as senior vice president of HR at Verizon since 2007, where she was responsible for 175,000 employees. She and her husband Darrell are members of The Life Christian Church in West Orange, N.J.

“To have someone of Connia’s caliber join LifeWay is another example of how God is working in an incredible way,” Rainer said.

A native of Indiana, Nelson earned a bachelor of science in business at Indiana State University, where she also serves on the president’s board of advisors. She received her master of arts in organizational management from Dallas Baptist University in Dallas, Texas.

In 2009, Diversity Journal named Nelson one of the “Most Influential African Americans in Business.” She has received numerous awards and recognition throughout her career.

Jerry Rhyne, CFO and vice president of finance and business services, told trustees 2016 has been a strong year financially for LifeWay. “We have developed next year’s budget with a modest revenue increase,” Rhyne said. “We are ending the year on a strong note and are thankful for God’s provision.”