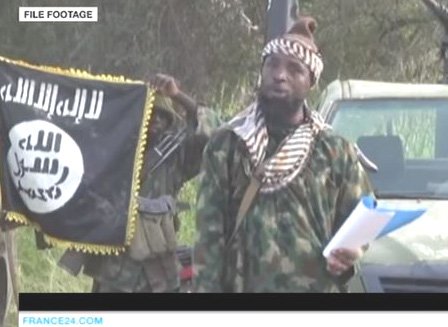 NORTHEAST NIGERIA (BP) – A disputed report by the Islamic State group that it has appointed a new leader for Boko Haram in Nigeria indicates Boko Haram is fractured and weakened, BBC News said, Aug. 4.

Abubakar Shekau, Boko Haram leader since 2009, released an audio message Aug. 3 saying he is still in charge of the terrorists, hours after IS proclaimed Abu Musab al-Barnawi the new leader of Boko Haram, identified as the IS West Africa Province, BBC News said.

In a 10-minute audio message released in both Arabic and Hausa, Shekau accused al-Barnawi of trying to stage a coup and described al-Barnawi as polytheistic.

“Boko Haram has split before but this is the most serious division to date,” the BBC said in its news analysis. “Abubakar Shekau’s outburst clearly shows that there are deep disagreements, which could translate into clashes between the foot soldiers loyal to the two leaders.

“It is also a sign of the weakness of the group, possibly foreshadowing an eventual collapse,” the BBC said of the group that is using violence in an attempt to establish an Islamic caliphate government across Nigeria.