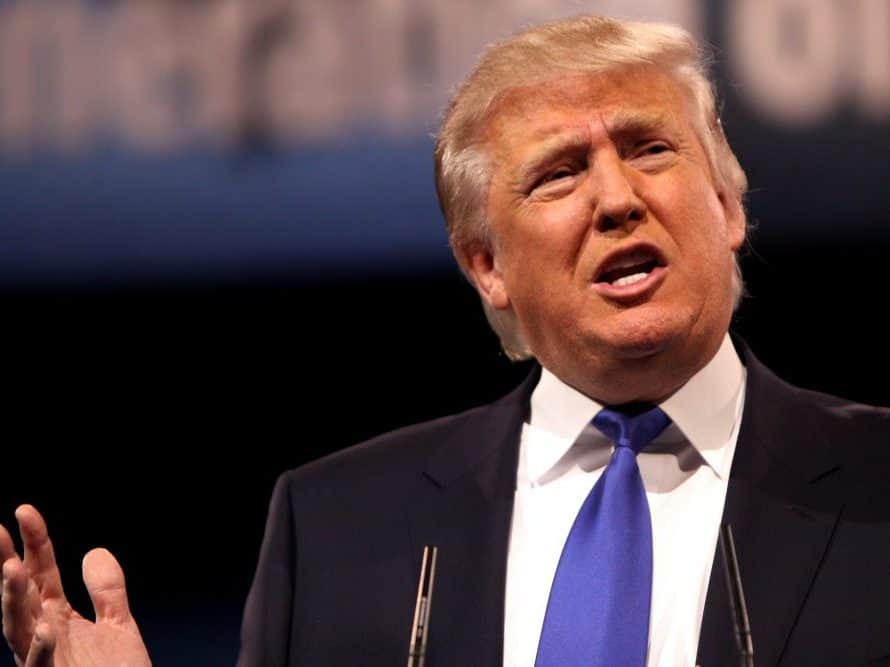 Trump’s 25-member Evangelical Executive Advisory Board includes at least eight Southern Baptists. They were among more than 1,000 conservative faith leaders who attended a June 21 invitation-only question-and-answer session with Trump and Ben Carson in New York, hosted by United in Purpose and the one-year-old My Faith Votes, and moderated by former U.S. presidential candidate Mike Huckabee.

In the seven-hour Q&A at the Marriott Marquis Hotel, Trump answered pre-submitted questions from conservative Christians on religious freedom of speech and conscience, sanctity of human life, U.S. Supreme Court nominations, national defense and other issues pertinent to the presidency.

Floyd said his attendance at the meeting and advisory board membership are not an endorsement of Trump’s U.S. presidential quest, but an “avenue to voice what matters to evangelicals.”

“In this critical time in America, knowing the stakes have never been higher in our nation and after seeking the counsel of godly men and praying through this decision, I have agreed to serve on the Evangelical Executive Advisory Board for Donald Trump,” Floyd told Baptist Press. “With the evangelical concerns of Supreme Court appointments, the sanctity and dignity of human life from the womb to the tomb, religious liberty at home and abroad, Israel and the Middle East, poverty, crime, violence, lack of opportunity in urban areas, and racial tension, I believe it is incumbent on me to serve in this advisory capacity.”

Newly elected SBC president Steve Gaines attended the meeting but chose not to comment to BP about the event, according to communications director Jim Barnwell at Gaines’ pastorate Bellevue Baptist Church in Memphis.

“He talked about his commitment to appoint conservative Supreme Court justices, his firm belief in the sanctity of life, and his real desire to protect the religious freedoms of all Americans, but certainly Christian Americans,” Jeffress told BP of the meeting. “I think the audience was very receptive when they heard him say that Christians are being marginalized in today’s culture. He really believes that.”

There was no discussion of the racial and/or religious profiling of Muslims at the large meeting, Jeffress said, but said he understands Trump’s concerns.

“I think many of us are very sympathetic with what Mr. Trump is trying to do,” Jeffress said. “He doesn’t hate anyone, but he realizes that government has a God-given mandate to protect its citizens. And I think we have to acknowledge that whether we’re talking about Orlando or Paris or San Bernardino, these acts were not committed by militant Methodists; they were all committed by militant Muslims. And you can’t ignore that fact.”

Trump showed clear interest in evangelicals’ concerns, Jeffress told BP, but didn’t offer specifics of how he would achieve his presidential goals. Of the numerous questions submitted, Jeffress said, only eight or 10 made it to the floor of the meeting.

His advisory capacity will not focus on Trump’s Christian discipleship, Jeffress said.

“It would be very presumptuous for this group as a whole to try to disciple Donald Trump,” Jeffress said. “He has been my friend for a year now and he is a very open person, a very honest person, but I don’t think the role of the group is to do any type of a mass discipleship program. This is not going to be a weekly Bible study.”

What Jeffress understands about Trump’s Christianity is between the two of them as friends, the pastor told BP.

“I can say publicly, Mr. Trump’s faith is very important to him but it’s also very personal to him,” Jeffress said. “And I think what evangelical Christians need to know is that if Donald Trump is elected president, evangelicals will have a true friend in the White House.”

The executive advisory board will lead a much larger Faith and Cultural Advisory Committee Trump will announce this month, according to a Trump campaign press release.

“I have such tremendous respect and admiration for this group,” Trump said in a press release announcing the executive group, “and I look forward to continuing to talk about the issues important to Evangelicals, and all Americans, and the common sense solutions I will implement when I am President.”