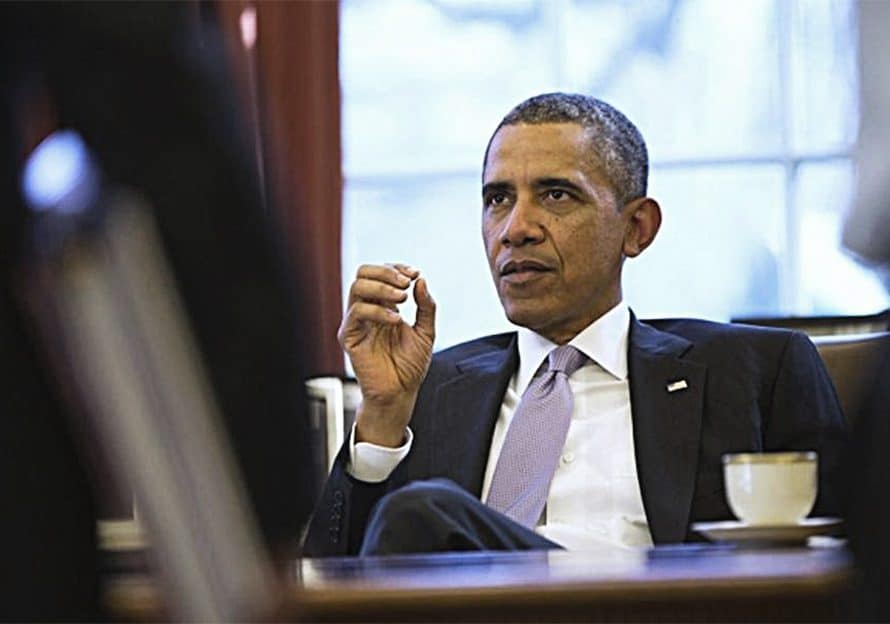 WASHINGTON – On May 13, the Obama administration directed public schools (K-12) and colleges to permit transgender students to use restrooms and locker rooms corresponding to their gender identity instead of their biological sex. It did so in a “Dear Colleague” letter from the Department of Justice (DOJ) and the Education Department (ED), warning that failure of a school district or college to comply might result in loss of federal funding. (http://tinyurl.com/hs7rpj8)

The Administration said its legal basis for this edict is the U.S. Civil Rights Act of 1964, (CRA) and the Education Amendments of 1972, commonly called “Title IX” of the CRA. Title IX prohibits discrimination by schools on the basis of sex in educational programs. The statute does not define the term “sex,” but there has never been serious dispute that sex was intended by Congress in 1964 and 1972 to refer to birth gender, and not to transgender – at least not until the Obama administration.

The statute allows Executive branch agencies to issue regulations to implement the act. In 2014, the Education Department announced its new “interpretation” – or re-definition –of the term sex to include gender identity. Instead of waiting for an Act of Congress amending Title IX, the Executive branch, with a click of the mouse, changed the fundamental nature of the act.

In April 2016, two judges on the Fourth Circuit Court of Appeals –both appointed by President Obama — agreed with the Obama Administration’s new definition. The case involved a young man who identifies as female and demands access to the girls’ bathroom and locker room at a Virginia public school. A private bathroom for the young man was not acceptable.

Emboldened by its first appellate court victory, the White House less than a month later unleashed its directive to all public schools and colleges. Comply, or else.

The policy change applies to all public schools, elementary and secondary and to all colleges receiving federal funds, or whose students receive federal aid or federally-insured loans.

In addition to bathroom access, the policy directs other aspects of the internal operations of public schools. For example, one section requires that “school staff and contractors will use pronouns and names consistent with a transgender student’s gender identity.” If he wants to be called “she,” the school must comply—or else.

Regarding boys and girls sports teams, the letter says: “A school may not, however, adopt or adhere to requirements that rely on overly broad generalizations or stereotypes about the differences between transgender students and other students of the same sex (i.e., the same gender identity) or others’ discomfort with transgender students.”

When high school students travel overnight for school activities, and are assigned to share hotel rooms, a male identifying as female may demand to be assigned to a room with a female teammate. Forcing him to stay alone in a private room would be ostracizing, and thus, illegal. Comply, or else.

College dormitory room assignments will be subject to the same policy.

The Obama Administration seems to feel that it has a duty to teach America how to go to the bathroom. We may have been potty trained when we were young, but times have changed. We need re-training. Call it federal Toilet Training. Or call it the President’s Potty Policy. It is the politically correct policy of the Sexual Revolution, and in this case, the President seems to enjoy serving as Commander in Chief.

Last month, Obama’s Justice Department sued the state of North Carolina over a “discriminatory law” that men should use men’s rooms in public buildings, while women should use designated ladies’ rooms. Attorney General Loretta Lynch filed suit to enforce the President’s Potty Policy. Comply, or else.

What can be done? Congress enacted the Civil Rights Act, and it can amend it. Congress could pass legislation amending Title IX to clearly define the term “sex” to mean biological sex. The President must sign or veto bills passed by Congress, but they have the right to over-ride his veto. Perhaps a new Congress will find the political will to pass such clarifying laws, and a new president may be willing to sign it. Elections have consequences.

Lawsuits have been filed by Alliance Defending Freedom and others, asking the courts to repudiate the President’s redefinition of the term sex. These cases will take months to work through the court system, and eventually to get to the U.S. Supreme Court, where there should be a 9th justice by next year, who might vote to overrule President Obama. Elections have consequences.

Parents who find the President’s Potty Policy to be an outrageous violation of local control of schools, let alone parental rights to educate and protect their children, will have some hard choices to make in the days ahead. Some will run for local school boards or college trustee boards, and will work with other parents to resist this federal encroachment. Other parents will work with churches and other groups to strengthen educational alternatives, perhaps funded by new educational choice initiatives. Elections have consequences.

The President’s Potty Policy should be flushed, by parents, by the courts, and by the voters. Boys and girls are different. The Bible and biology tell us so. And the difference is good, part of God’s gift to us. When official government policy denies that there’s anything unique or objective about our biological sex, and tries to teach new notions of “gender identity,” Christians holding a biblical worldview must not conform, must resist, and must remain faithful in proclaiming the truth, in love, while preaching the Good News of Jesus Christ to the world.