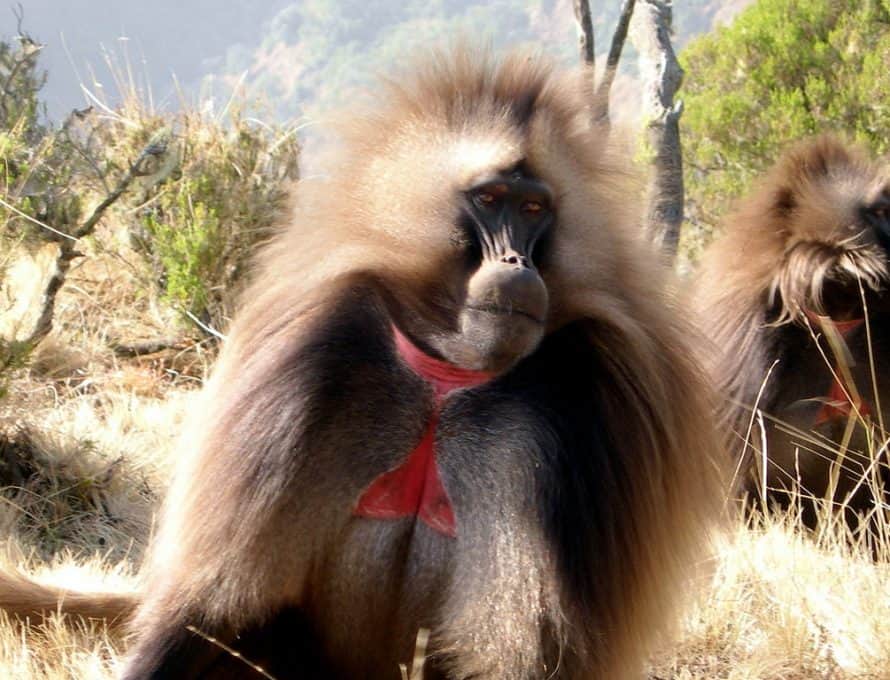 Photo made available by Kolombusjogger via CCL.

NASHVILLE (BP) – A study of monkey calls hailed as evidence for the evolutionary origin of human speech has been critiqued by an Intelligent Design proponent as “flimsy” support for the Darwinian scheme.

An article in the Journal of the Evangelical Theological Society similarly has argued for the supernatural origin of language, stating that a divine creator is the “only reasonable way to account for” the phenomenon of language.

The study of African gelada monkeys – published April 18 in the Proceedings of the National Academy of Sciences – may offer insight into common ways in which animals and humans vocalize sounds, but it does not explain how language came to convey “complex meaning,” said a biologist with the Discovery Institute, a Seattle-based think tank that plays a leading role in the Intelligent Design movement, which argues the universe is the product of intelligence rather than blind chance.

“Words can be combined to convey potentially any message,” Ann Gauger, the Discovery Institute’s director of science communication, told Baptist Press in written comments. “Language can be used to talk about itself; the sounds that convey particular meanings are arbitrary and dependent on conventions agreed to by the speakers; and language can convey events past, present, future or imaginary. These are just some of the characteristics of human language that resist any comparisons with animal vocalizations.”

The researchers do not believe different types of gelada calls communicate different meanings, but they argued the meaning of monkey calls is not important in establishing initial evidence for the evolution of language.

Gauger, of the Discovery Institute, called the study “a pretty flimsy piece of evidence for the evolution of language.”

“My dog barks faster when he’s in a fight with another dog over territory or dominance,” Gauger said. “Is he trying not to be interrupted or just to overpower the other dog? The last dog barking wins. It’s the same with monkeys, I would guess. But that has nothing to do with human language or its evolution. Language conveys complex meaning, and the meaning is not dependent on speed.”