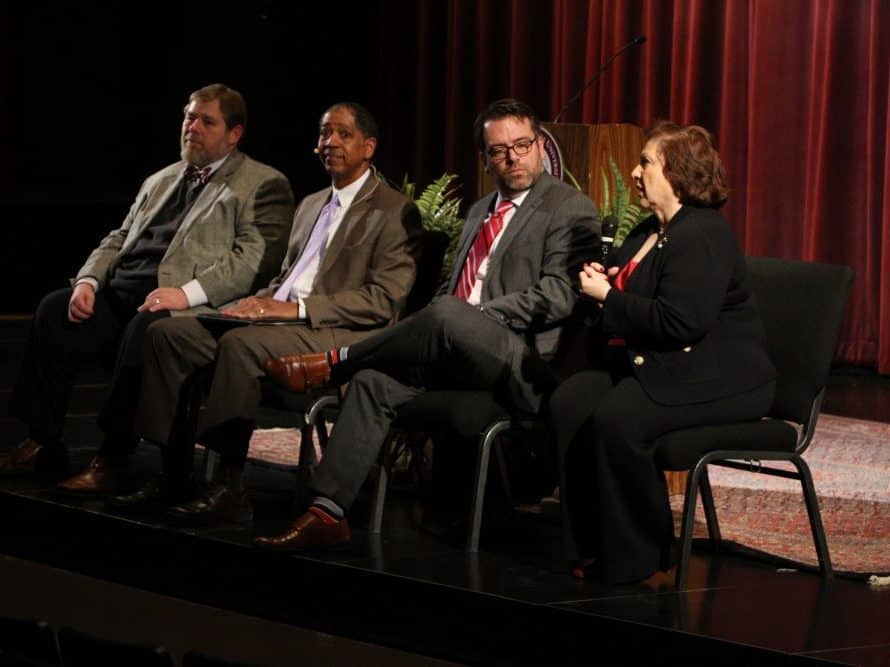 “Christians are not without trials,” Crouse said as she testified to God’s work in her own life. “During a crisis, our foundations are tested. Hundreds may believe, but each of us has to believe for ourselves. God is in control. God can be trusted. God’s timing is perfect. God can bring good out of bad.”

In another presentation, Crouse emphasized the importance of marriage for society.

“Young people don’t believe in marriage,” Crouse said. “Perhaps they haven’t seen good marriages or were hurt by divorce.” In one survey of 500 young people, for example, nearly half of those interview couldn’t think of a marriage that had impressed them as being particularly good and worthy of imitating.

“Starter marriages are failing,” Crouse said. “Women and children are usually the victims and the losers. Cohabitation usually lasts 18 months, and usually the man leaves to find a younger woman. Families – the glue that hold communities and the nation together – are weakening. Young people are left to believe anything goes.

“Marriage is best for men, women and children. Forty-one percent of children are born without the fathers present. The best thing a father can do for the child is to love the child’s mother. Women are usually safer in a marriage than just living together. Married women sleep better. Married men are healthier and have a higher income. Married men have better relationships and have a better emotional health.”

Marriage leads to a decrease in domestic abuse, bills getting paid more regularly and children doing better in school.

“A marriage breakdown affects all our pocketbooks. We are inundated with relationships without consequences. That’s what happens when Christians are not the salt and light. We have to restore the fortress of truth, of good walls and moral boundaries.”