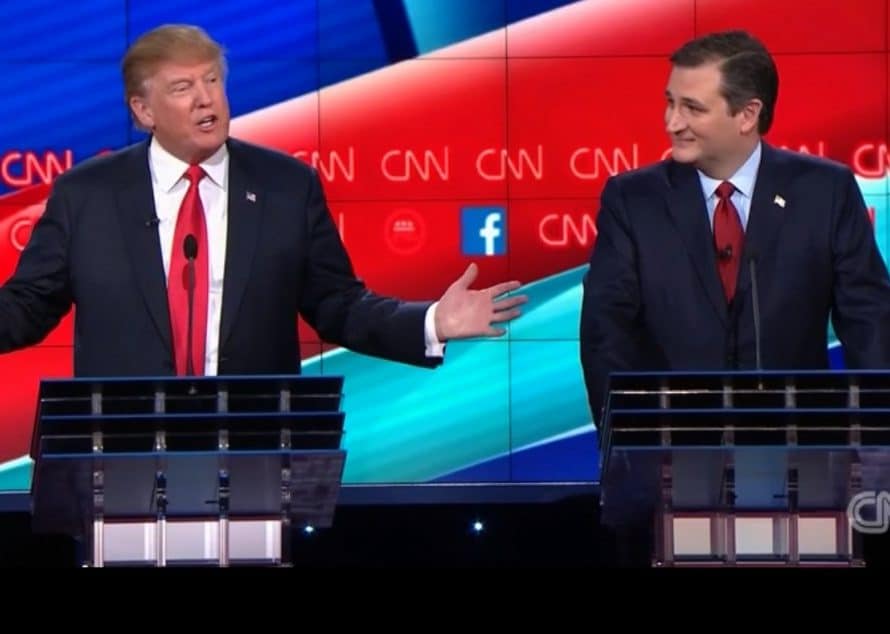 NASHVILLE (BP) — As pollsters analyze the voting patterns of “evangelicals” in Super Tuesday presidential primaries, some pastors and theologians have noted the mainstream media’s failure to account for immense diversity among the movement claiming that label.

Voters went to the polls March 1 in 13 states and one U.S. territory, including several so-called Bible Belt states where evangelical voters were expected to exert considerable influence.

Yet confusion over the term “evangelical” has led Southern Baptist ethicist Russell Moore to stop using it to describe himself — at least during election season. Meanwhile, Texas pastor Robert Jeffress said evangelicals generally are united in their values but divided in their political strategies. African American Kentucky Baptist leader Curtis Woods noted black evangelicals tend to be particularly concerned with “social justice issues,” and evangelical left leader Jim Wallis argued the policies of GOP presidential candidates sometimes identified as evangelical favorites have “almost nothing to do” with Jesus’ mission of helping the poor and vulnerable.

Evangelicals are a mixed bag, politically speaking, said Nathan Finn, a church historian and dean of the School of Theology and Missions at Union University.

Some evangelicals “are denominational, and others are non-denominational,” Finn told Baptist Press in written comments. “We come in a variety of ethnicities and worship in a multitude of languages. Though we are all committed to the full authority and sufficiency of Scripture, the necessity of personal conversion, the centrality of the atonement and the mandate to spread the Gospel to all people, we debate among ourselves the finer points of each of these priorities.

“The vast majority of us are pro-life and affirm the biblical view of marriage,” Finn continued, “but these are not the only issues that affect how one votes. Thus, many of us are conservative, others are moderate and some are even liberal” in terms of the role of government. “I think this primary season is demonstrating what those of us ‘in the camp’ have known all along: there is no such thing as ‘the evangelical vote.’ At best, there are evangelical tendencies, but even these have to be qualified based upon factors such as region, income, frequency of church attendance, ethnicity and education level.”

Moore, president of the Ethics & Religious Liberty Commission, wrote in a Feb. 29 Washington Post op-ed that the 2016 election makes him “hate the word ‘evangelical'” when it is coopted to reference “election-year voting blocs or our most buffoonish television personalities” rather than the term’s traditional meaning connected with Christian theology.

“The word ‘evangelical’ isn’t, first of all, about American politics,” Moore wrote. “The word is rooted in the Greek word for Gospel, good news for sinners through the life, death, resurrection and reign of Jesus of Nazareth as the Son of God and anointed ruler of the cosmos. Evangelical means a commitment to the truth of God’s revelation in the Bible and a conviction that the blood of Christ is offered to any repentant, believing sinner as a full atonement for sin.”

Moore said he “noticed a few weeks ago” that he “had stopped describing [himself] as an ‘evangelical'” and had begun opting instead for the term “Gospel Christian.”

Moore lamented the “behavior of some evangelical leaders” who “gave stem-winding speeches about ‘character’ in office during the Clinton administration” but “now minimize the spewing of profanities in campaign speeches, race-baiting and courting white supremacists, boasting of adulterous affairs [and] debauching public morality and justice through the casino and pornography industries” — an apparent reference to GOP frontrunner Donald Trump, whom Moore has criticized by name in other venues.

Jeffress, pastor of First Baptist Church in Dallas, told NPR Feb. 25 evangelical voters differ on their views of Trump in part because they take varying views of government’s role in upholding biblical values.

“Evangelicals are divided between what I call the idealists and the pragmatists,” said Jeffress, who has introduced Trump at rallies but not officially endorsed him. “The idealists are the ones who … would say if we could just get a strong Christian in the White House, perhaps we could return our nation to its Judeo-Christian foundation. But then there are the pragmatists who say, as much as we would like to have a faith-centered candidate, perhaps our country has moved too far to the left for that to happen, and so let’s get the most conservative candidate who is electable. And many of those are going for a Donald Trump.”

Woods, associate executive director for convention relations with the Kentucky Baptist Convention, told BP that commentators often overlook issues of concern to black evangelicals when they characterize evangelicalism as homogenous.

“Pundits should approach evangelicals on the basis of theological identity, not perceived ethnic identity formation,” Woods said in written comments. “Because of this apparent ideological disconnect, we often see the issues accosting the hearts of black evangelical voters overlooked. Although I typically fear speaking monolithically for any people group, it seems to me that black evangelicals, like myself, are concerned about social justice issues like overcoming the plight of American racialization, enforcing the sanctity of life from the womb to the tomb, reducing mass incarceration of black males or, put another way, dismantling the school-to-prison pipeline, and balancing both educational and economic scales when we enter the voter’s booth.”

Wallis, founder of Sojourners and a spiritual advisor to President Obama, agreed that analyses of evangelical voters tend to ignore ethnic minority groups. Such analyses also tend to ignore evangelicals who identify with the Democratic Party, he added.

Jesus’ explanation of His mission in Luke 4, which Wallis argued focuses on care for the “poor and vulnerable,” should play a key role in defining the evangelical movement’s emphases, he wrote. Wallis critiqued supporters of Trump and Cruz in particular for supposedly acting contrary to evangelical values.

“The mission statement of Jesus in Luke 4 has almost nothing to do with the voting practices of white evangelicals in this election year,” Wallis wrote. “Or we might say that white nativism has trumped the faith of the evangelicals — or at least what Jesus meant by ‘evangelical.'”

Underscoring the diverse political preferences of evangelical voters, Southern Baptist Convention President Ronnie Floyd told The Dallas Morning News he does not anticipate evangelicals’ rallying around a single candidate in the GOP primaries “as long as we have so many candidates.”

Amid political disagreement, however, evangelicals can unite by placing their ultimate hope in Christ, Floyd, pastor of Cross Church in northwest Arkansas, said in a March 1 interview.

“I’m optimistic [that] on Nov. 9, on the Wednesday following the Tuesday, unless the Lord himself comes, Jesus will be sovereign over all and He will be King of Kings and Lord of Lords, no matter who is the next president of the United States,” Floyd said.