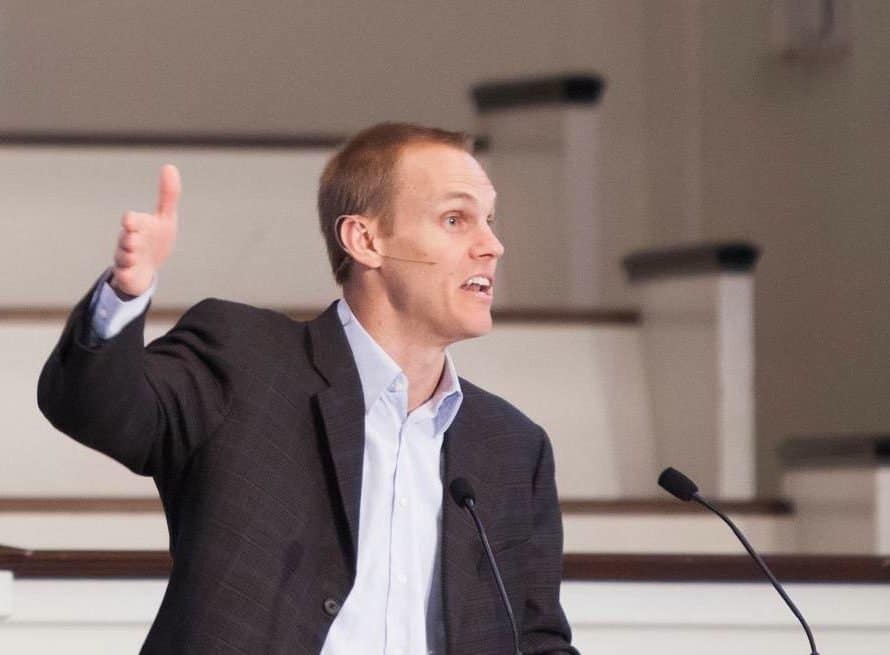 PONCE, Puerto Rico (BP) – International Mission Board President David Platt has asked Baptist state papers to encourage unity among Southern Baptists following the announcement next week of how many IMB personnel have left the board through a series of voluntary resignation programs.

Addressing a gathering of Baptist state paper leaders Feb. 16 in Ponce, Puerto Rico, Platt also detailed what he deemed some of the most exciting work God is doing through IMB missionaries across the globe.

“As we announce a number next week” at a Feb. 23-24 IMB trustee meeting in Richmond, Va., Platt said, “I know that the reality of so many IMB missionaries making transitions will set in in a fresh way across the SBC. And I know there’s an adversary who would love to use that to breed discouragement and division and disunity. And I just want to ask you brothers and sisters for your help in encouraging the churches.”

In response to a $210 million difference between gifts from churches and expenditures since 2010, the IMB launched a two-phase “organizational reset” in August, which included a voluntary retirement incentive (VRI) for personnel 50 and older with five or more years of service and a “hand raising opportunity” (HRO) for all remaining staff and missionaries to voluntarily resign and receive a benefits package.

Platt had previously said a combined total of at least 600-800 missionaries and stateside personnel would need to accept the offers. He told the state paper leaders no involuntary reductions of overseas missionaries have been necessary as part of the reset and none are anticipated, though some overseas missionaries may have their duties adjusted.

“For all our missionaries overseas, every step of this process has been voluntary,” he said.

The “one area of our staff in Richmond that has been affected in a more involuntary way,” Platt said, is the communications center, which is slated to close April 29. Of the 40 Richmond communications employees, 10 were offered positions on the newly formed mobilization team. The remaining 30 were eligible to apply for other IMB positions or accept the HRO.

He added, “At the same time, we obviously want to honor these brothers and sisters whose positions were eliminated, through generosity, through expressions of gratitude for the pivotal role many of them have played for decades in service to the IMB…. These are some of the kindest servants and leaders in the Richmond office.”

The decision to close the Richmond Communications Center was made following internal and external audits of the IMB’s communications effectiveness and extensive meetings with stateside and overseas communications staff, Platt said.

The closure stemmed from the fact that “our mobilization efforts” – presumably including the communications strategy – “have not kept up with our times,” Platt said. “We are way behind in the development of a digital mindset that builds on customization and flexibility rather than predictability and uniformity. Our field and stateside communicators struggle with employing new methods for reaching a changing audience.

“In all of this, our home office mobilization efforts have been disconnected from our field strategy. And as a result, looking across the IMB after months and months, it’s clear we’re sorely missing a culture of growth in which silos are broken down, mobilization needs are adequately addressed and mobilization goals are actually accomplished,” he said.

Platt invited Baptist journalists to participate in an overseas trip later this year to visit the IMB’s global communications teams, which will assume some duties formerly performed by the Richmond communications office, and learn about the new communications strategy.

Some communications functions likely will be outsourced in keeping with a longstanding IMB practice, Platt said.

Among other points noted by Platt: