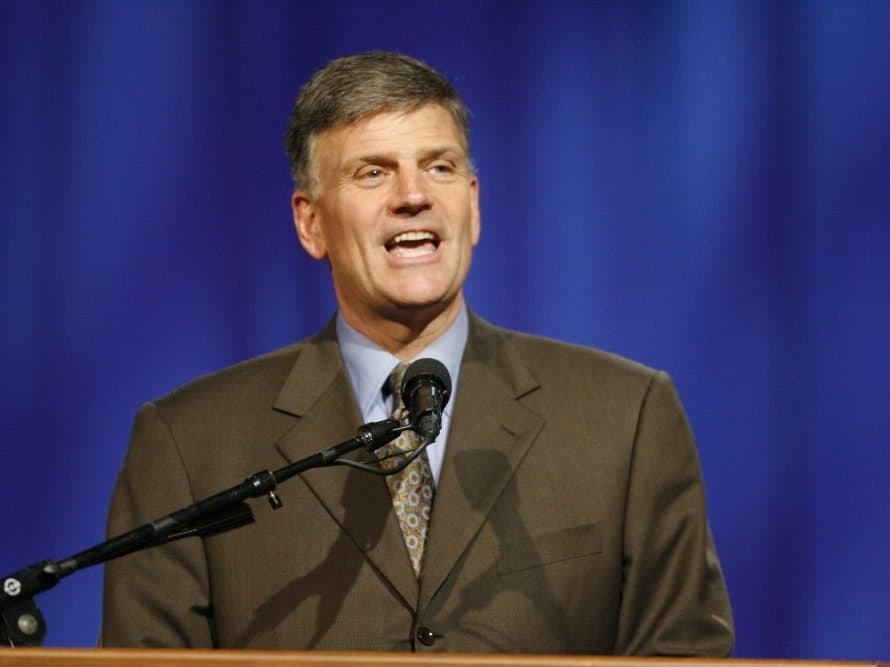 JEFFERSON CITY – Franklin Graham, son of famed evangelist Billy Graham, is coming to Jefferson City May 17 for a noon prayer rally on the south steps of the State Capitol as part of his nationwide Decision America Tour 2016.

The Missouri event is part of Graham’s commitment to hold prayer services at all 50 state capitols leading up to the national elections in November. It is described by organizers as a nationwide tour to share the gospel and challenge Christians to pray fervently and boldly live out their faith.

“I’m not going to tell people how to vote, but I’m going to encourage them to vote and as they vote, to look at biblical principles and godly principles that these candidates might support,” Graham recently told The New York Times.

“Our nation is in trouble, and the answer doesn’t rest in our politicians and political parties,” Graham said in announcing his visit to Jefferson City. “As Christians, we know the answer, and His name is Jesus Christ.”

Jefferson City will be the 17th stop of the tour and is sandwiched between stops in Charleston, West Va., and Lincoln, Neb. The first one was held Feb. 24 in Honolulu. The complete schedule is not yet finalized, but following the event in Lincoln, the tour continues with stops in Pierre, S.D., and Bismark, N.D.

“I have already received calls from churches around the state, saying they plan to bring busloads and vans full of people,” said Pathway Editor Don Hinkle. “We may well see one of the largest crowds ever to amass at the State Capitol and I urge everyone to attend – and bring a friend, especially a lost friend because Franklin will offer a gospel presentation.”

The speaking engagements at each state capitol reflects his father’s history of speaking to mass gatherings, though Franklin Graham’s efforts to pray for our nation and to motivate Christians to vote are not meant to approximate the scale of Billy Graham’s evangelistic crusades, which drew hundreds of thousands of people over several days. But Franklin Graham’s events so far are drawing large crowds for a one-hour prayer service. The South Carolina Department of Public Safety estimated that more than 10,000 people attended Franklin Graham’s Feb. 9 rally at the State Capitol in Columbia, S.C., a crowd size that was duplicated two days later in Atlanta, Ga.

“We have a responsibility as the church to be salt and light in this world,” Graham says in a press release. “We are called to speak the truth of God’s Word to a society whose spiritual and moral foundation is crumbling at an alarming rate. We must pray, seek His face, and stand firm on His Word.

“We will not be endorsing any political candidates, but I will be proclaiming the truth of God’s Gospel in every state.” No candidates or current public officials will speak at any of the rallies.

It is not uncommon for Franklin Graham to evoke his father’s name and legacy at the rallies. Billy Graham, 97, is rarely seen in public.

“I believe if my father were my age,” Graham told a crowd in Tallahassee, Fla., last month, “he’d be standing here today doing exactly what I’m doing,” Graham said. “I want to strongly urge Christians to run for public office at every level — local, state, and federal.”

You can get more information concerning the tour at DecisionAmericaTour.com.