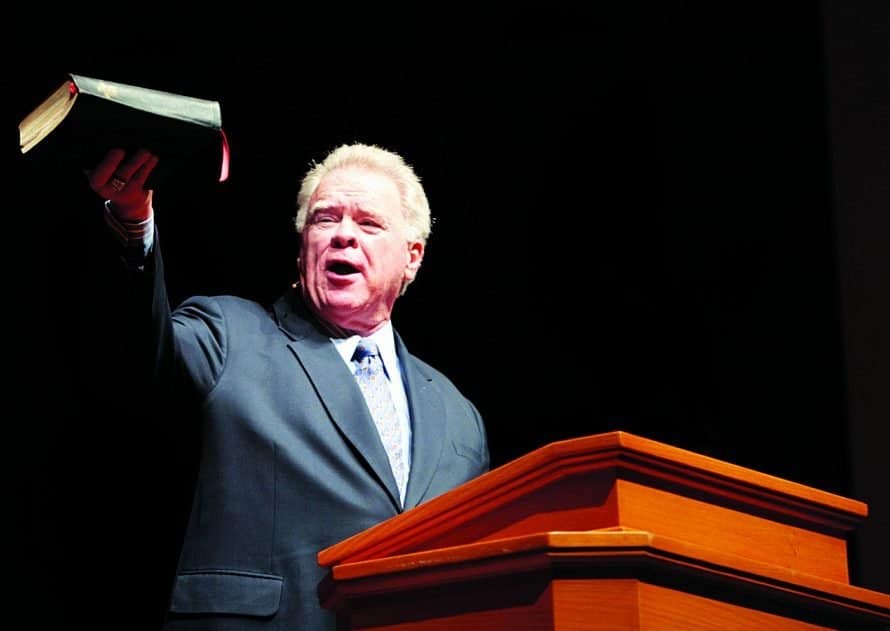 SPRINGFIELD – Paige Patterson, president of Southwestern Baptist Theological Seminary and a leader in the Southern Baptist Convention’s “Conservative Resurgence,” is slated as the keynote speaker for the meeting of the Fellowship of Missouri Baptist Evangelists (FMBE), Feb. 4.

“He believes in evangelism, and he advocates the office of the evangelist,” McNiel said, adding that Patterson led in the Southern Baptist “battle for the integrity and authenticity of the Scriptures.”

Alongside Patterson, the FMBE pre-conference will spotlight evangelists and music evangelists from around the state, who will proclaim the gospel and call Missouri Baptists to win souls for Christ Jesus.

“Evangelism is the bottom line,” McNiel said. “If we’re not leading people to the Lord, we (Missouri churches) are nothing but social clubs.”

The FMBE pre-conference begins at Crossway Baptist, Springfield, at 1:30 p.m. To learn more about the conference, visit http://mobaptist.org/evangelism/sec-2016.

To learn more about the FMBE or to find an evangelist to lead a revival at your church, visit http://mobaptist.org/evangelism/evangelists.