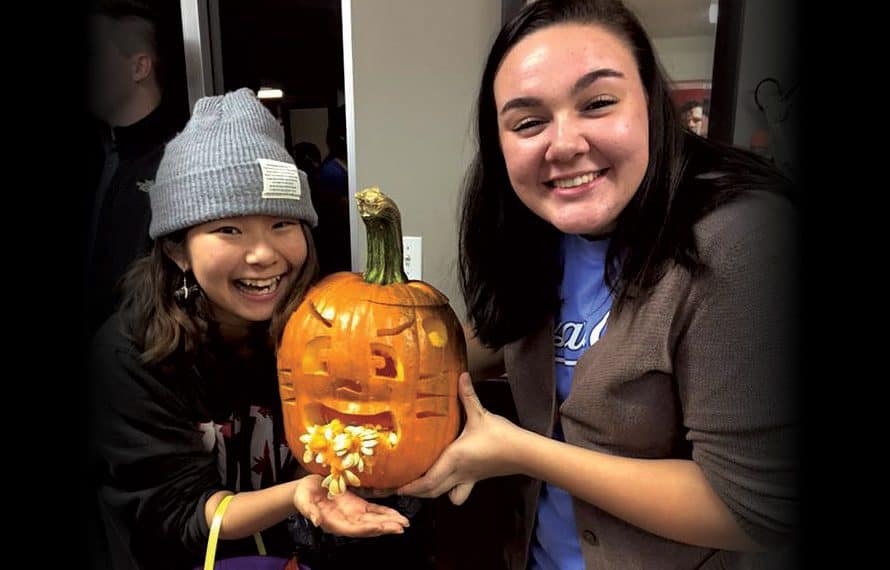 WARRENSBURG – An American student and member of Central BSU here partnered with one of the University of Central Missouri’s 2,500 international students to carve a pumpkin during a BSU outreach event this fall. Photos courtesy of Central BSU.

WARRENSBURG – With an emphasis on the local church and on developing leaders to share the gospel, the Baptist Student Union (BSU) at the University of Central Missouri (UCM) is consistently working with nearly 175 students weekly – an increase from roughly 20 students only a few years ago.

“We’ve seen God do some really neat things,” said Brad Carr, who became director of the BSU in the fall of 2013. During the past few years, he has been amazed by students’ openness to the gospel message.

“Our campus has very few students who are closed to the gospel,” he said. “Even with having 2,500 international students on our campus, they’re still open.” 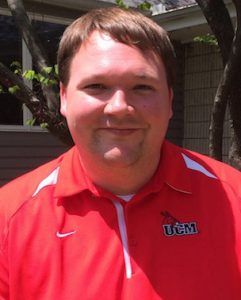 Recently, the BSU hosted a pumpkin carving for international students, who have come to the Missouri campus from India, China, Saudi Arabia, Pakistan and from other nations around the world. During the event, internationals partnered with American students for a pumpkin-carving competition. According to Carr, one student had the opportunity to share the gospel with a Saudi Arabian student.

But international students are not the only ones impacted by the gospel because of the campus’ BSU. Moreover, the BSU’s impact doesn’t depend solely upon Carr’s efforts.

In part, the ministry’s success comes from the support of local churches, Carr said.

“Our churches have really come alongside us,” he said, sharing as an example how Mount Zion Baptist Church in Deepwater provided a large Thanksgiving dinner for students. Other churches also give students opportunities to serve through evangelistic events. Older members from other churches in the area also mentor students, helping them to grow in their relationships with Christ.

In part, the BSU’s success also comes from the efforts of the student leaders that Carr has raised up to carry out the evangelism, discipleship and worship ministries of the BSU.

“I don’t want this BSU to be about Brad Carr,” he said. “That’s what I’ve made it from the very beginning, because I didn’t know how long the Lord would leave us here. But I knew that our goal in being here was to make disciples and create a culture of people who were excited about sharing the gospel on this campus. Our passion is to develop leaders to carry out the work.”

Student leadership will be especially significant in days to come, since Carr felt God’s call to accept a position this fall as young adult pastor at Judson Baptist Church in Nashville, Tenn. Corey Chaplin, assistant director of the BSU and one of the students whom Carr trained up as a leader, will oversee the campus ministry until a full-time director is hired.

“I love college ministry. I’ve been doing it for ten years,” Carr said. “But God has given us a new vision for the future.”

Still, Carr asks Missouri Baptists to pray for the students at UCM.

“Pray for the ministry,” he said. “Pray for awakening on the campus.”