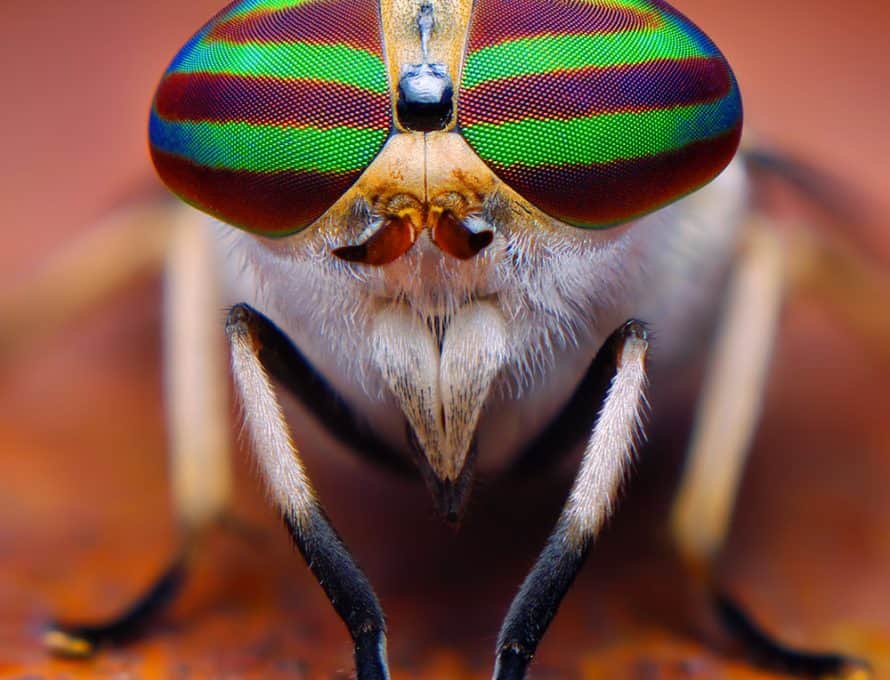 Unbelievable. First of all, it was the biggest horsefly-looking thing I’d ever seen. Was it a bird? A pterodactyl maybe? More horse than fly, really. I think I could’ve saddled it. We’re talking about a horrifyingly large horsefly here. I read somewhere that the lifespan of the average horsefly is only a few days. If that’s true then this one had been alive for about four years.

But in addition to being huge, it was scary-strong. The thing stayed on the windshield of my moving vehicle for 10 miles—during most of which I was clipping along at a speed of at least 55 miles per hour. What even WAS that thing? He just kept staring through the windshield. Like he was creepily saying, “I’m keeping a compound eye on you.”

Also interesting was the fact that although it looked like he was having a hard time keeping his wings attached to his body, he could’ve just let go and flown away any time. But he just kept hanging on. I kind of wonder if he thought he was actually pulling the car.

How often do we struggle? Flapping our flimsy wings, thinking we’re hauling some heavy-duty situation along ourselves, acting for all the world like everything depends on us? Hey, fellow-horseflies! We’re not pulling the car! It’s too heavy. It’s too big. It’s too…it’s just too “TOO.”

“Do you not know? Have you not heard? Yahweh is the everlasting God, the Creator of the whole earth. He never grows faint or weary; there is no limit to His understanding. He gives strength to the weary and strengthens the powerless. Youths may faint and grow weary, and young men stumble and fall, but those who trust in the Lord will renew their strength; they will soar on wings like eagles; they will run and not grow weary; they will walk and not faint,” (Isaiah 40:28-31, HCSB).

The Lord knows our struggles. And He knows exactly what we need to be able to persevere, to overcome, to experience victory—to fly. He will strengthen us at our every weak place. Horsefly wings? No thanks. How about that set of eagle wings instead. The key? It’s trust. “Those who trust in the Lord will renew their strength.”

The word for “trust” in Isaiah 40:31 is a word that includes the idea of looking eagerly for, lying in wait—expecting. Oh blessed thought, expectantly knowing that the Lord will be our strength? That activates our strength! And it’s that trust that can launch us into victorious flight. Fifty-five mph? That’s nothing! No flapping and sputtering either. Peacefully soaring. There’s nothing that’s “too anything” for our never-tiring, every-trustworthy God.

Poor horsefly, he never soared. Before he finally let go and took off in a new direction, he looked a little like he’d taken a ride in a blender. We have choices too. Struggle to lift the car on our own and take a ride on blender blades, or let go in peaceful trust and let the Lord be our strength. And then…soar.

O Lord, let us trust in You in every struggle and soar in Your strength and peace!