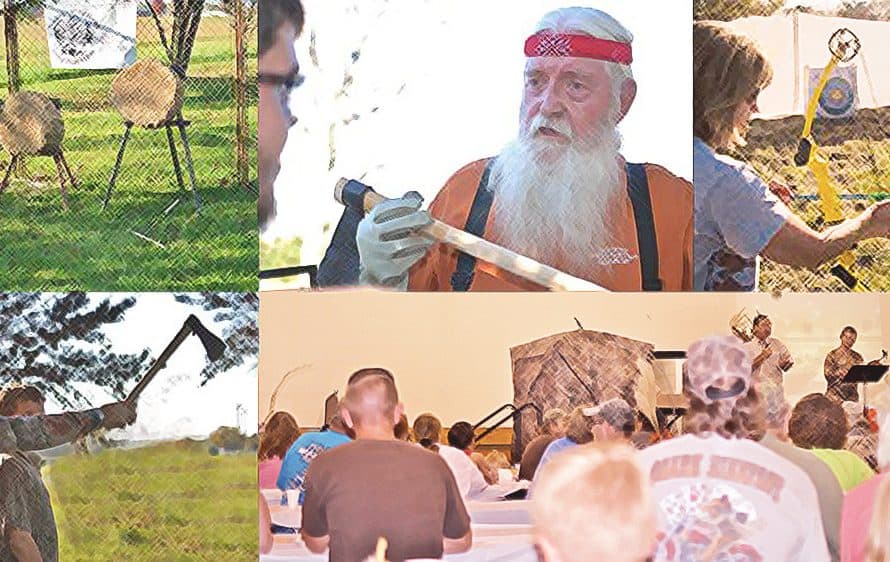 LOWRY CITY – More than 700 men, women and children attended the Sportsman’s Extravaganza & Wild Game Dinner hosted by the First Baptist Church here last month. In order to attract as many sportsmen as possible, the event is not held at the church but instead at Lakeland High School.  More than just a wild game dinner, this year’s event featured a music concert and a full-slate of outdoor sportsman activities including outdoor clinics and workshops.

The church did their first Sportsman’s Extravaganza in 2010 and saw 50 decisions for Christ. This year, 20 or so returned decision cards, including five that trusted in Christ, three requesting someone talk to them about how to become a Christian and several prayer requests.

“We added a concert during the dinner by Kathryn Fergerson so folks would hear the gospel during the meal time and then our guest hunter Billy Hembree, pastor of Colony Baptist Church in Edwards came and spoke,” said pastor Jeff Ferguson. “Billy connected with our audience on several levels. He discussed the use of camouflage in hunting and tied that to the Genesis account of Adam and Eve using camo to hide from the Lord.”

A new item featured on this year’s wild game menu was mountain lion along with past favorites including alligator, kangaroo, pheasant, quail and local game that included venison, crappie and catfish.  Roast hog, hamburgers and hotdogs for the less adventurous.

The church also provided free take home gift bags to the families in attendance. The gift bags contained a variety of items including information about various church ministries, a map to the church, and a gospel hunting DVD entitled “The Harvest” featuring well-known Christian hunters David Blanton and Will Primos sharing hunting tips and their personal testimonies of how Christ changed their lives.

“We really like sharing these DVDs as we know folks watch them over and over,” Ferguson said. “That means they are hearing the gospel repeatedly after our event ends.”

First Baptist had help from several area churches as well with Main St. Baptist in Greenfield bringing fish and frying equipment and Henderson Baptist Church in Rogersville bringing their “Forging Ahead 4 Christ” trailers. Both churches have participated in all three Wild Game events that First Baptist Lowry City has conducted. Missouri Baptists and the North American Mission Board assisted in the promotion.

“I want to encourage every Missouri Baptist pastor that regardless of their church size or budget, they can reach out to those in their community with a targeted gospel event like this, fulfilling what Paul said in 1 Corinthians 9:22,  ‘I am made all things to all men, that I might by all means save some,’” Ferguson said.