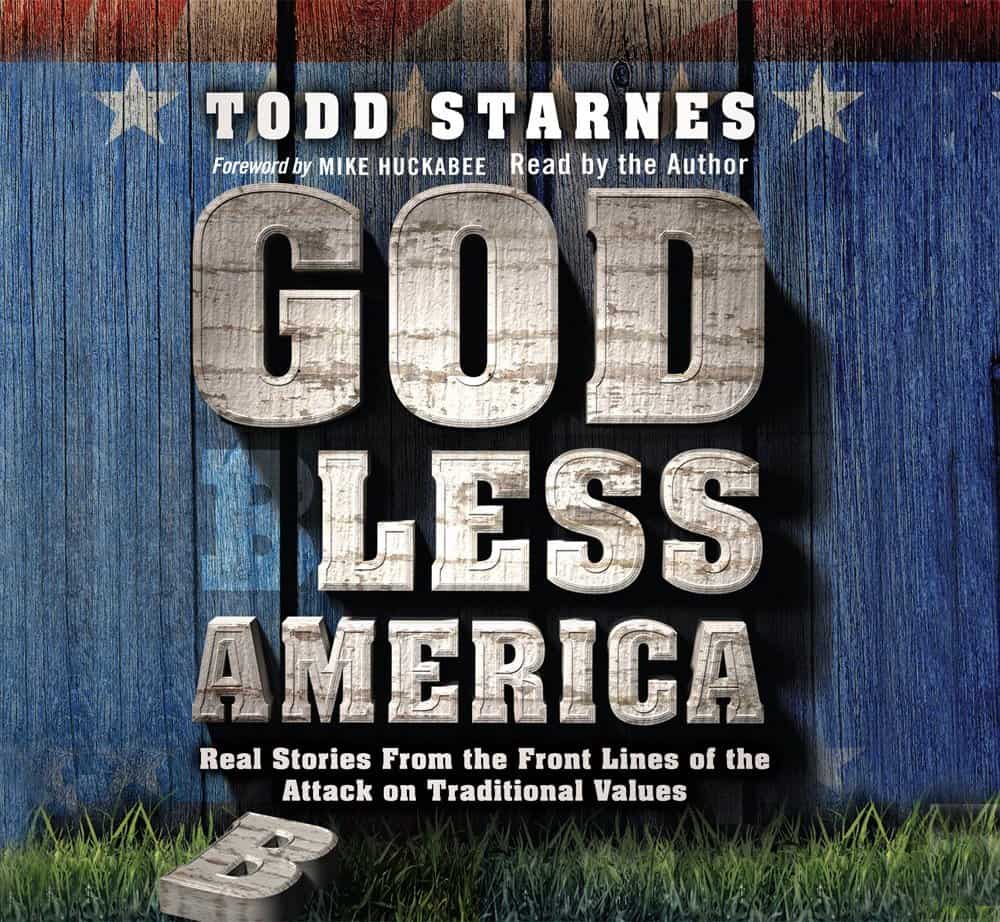 CHARLOTTE, N.C. – Franklin Graham once said, “I believe that a time is fast approaching – I think it will be in my lifetime – when the preaching of the gospel is referred to as hate speech.” And Todd Starnes couldn’t agree more.

Starnes, the host of Fox News and Commentary, heard on radio stations nationwide, has joined the fight for religious freedom by reporting stories of the silenced Church.

“I agree 1,000 percent with Franklin Graham,” Starnes said. “I think we see the foundation already being laid.”

The “foundation” he referenced comes from years’ worth of stories of attacks on religious liberty for Christians that he has covered as a reporter for Fox News.

This latest collection of stories from the front lines of the battle for religious liberty hit book stands just last month.

He has compiled some of these stories in God Less America, his latest book release that serves as a wake-up call to Americans. More specifically directed at people of the Christian faith, Starnes wrote God Less America to bring to light what is happening in our country.

“I’ve been covering these stories for a number of years at Fox News. The responses were the same: ‘We had no idea this was happening!’ So I started compiling these stories into a book form so people could see evidence bound together that proves that religious liberty is under attack,” he explained.

One story that stands out in his mind is a lesson that Ronald Reagan gave during a radio address in the 1970s. Reagan told the story about Germany’s invasion of Ukraine. When the Germans invaded Ukraine, they told them they could not sing religious songs. The Germans rewrote the lyrics to “Silent Night;” they took out all references to Christ and Mary.

“The reason why that story is so interesting now is because we are starting to mirror it. Just last Christmas in Long Island a school had taken out references to Jesus and Mary in ‘Silent Night’ for their Christmas production,” he explained.

“Those kinds of stories don’t get national play, but I think it is a symptom that something isn’t right in this country.”

In May 2012, Billy Graham placed a one-page advertisement in several North Carolina newspapers that reminded voters of the importance of recognizing the sanctity of traditional marriage at the polls. The ads also encouraged voters to cast their ballots in favor of candidates who uphold biblical principles and those who support Israel.

“The idea that the federal government would audit ‘America’s Pastor’ for taking a stand is cause for concern,” he said. “If they come after Billy Graham, they can come after any of us.”

Starnes even quoted Billy Graham’s sentiments regarding the moral decline of our nation in a recent op-ed:

“The farther we get from God, the more the world spirals out of control,” Graham wrote, noting that the nation seems to be going out of its way to remove God from the public arena. Our society strives to avoid any possibility of offending anyone – except God,” he continued.

Throughout his journalism career, Todd Starnes has covered a number of high profile stories – taking him from Wall Street to the White House.

Starnes insists that all Christians have a responsibility to religious liberty: “If we don’t fight, no one else will. It is no accident that freedom of religion is our first freedom. If that goes, I believe that other freedoms we enjoy are in jeopardy as well.”

“And yes, we do need to become politically active. We should vote, and we should be involved in political process.”

One thing we need to recognize, Starnes says, is the correlation between religious liberty and the progression of the gospel.

“We live in America, where we have a guaranteed freedom, which is why I think we should defend it. Religious liberty is important because at this stage what we are seeing is humanists, aided by the courts, shoving Christians to worship only within the walls of the church building,” he explained.

“Yet, we are called to bring the gospel to the corners of the earth. We cannot do that as effectively if we are criminalized.”