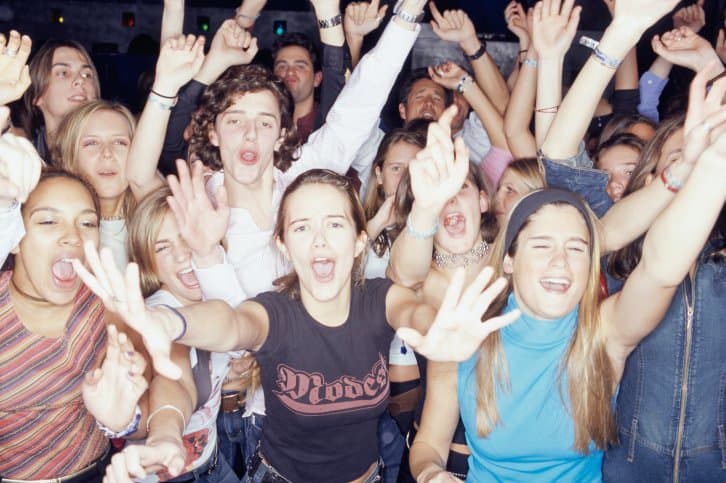 The organizers of the Q conferences recently convened an event in Nashville. If you don’t know what Q is, all you really need to do is to think about the TED Talks. Q = Young evangelical version of TED. An organization offered to pay my entry fee ($500), so I took the opportunity to spend a day.

Andy Crouch, a solid Christian writer and executive editor of Christianity Today, kicked things off with what I felt was a very winsome presentation on religious liberty. It was the kind of presentation one would give to an audience who is suspicious of the concept. Crouch seemed to feel he would need all of his gifts to convince this group in skinny jeans, rolled jeans, and cuffed jeans that they should not want the state to roll right over the conscientious objections Christians might have to some of its programs. While I thought he did an excellent job, I was a bit taken aback when Rebekah Lyons took the stage to introduce the next talk and briefly indicated she was glad to have such a tense topic pass by. It is worrisome to think that young evangelicals need to be coaxed ever so gently into giving religious liberty a hearing and that such coaxing takes place amid tense feelings.

In another session, a woman named Donna Freitas came, self-consciously as a Catholic, to talk about “the hook-up culture.” I agreed with almost everything she said up to a point. She had done research and found that young people don’t really seem to enjoy hook-ups. They confess that they would prefer something more like traditional dating with a stronger emotional connection. It would be wise, she thought, to gently suggest that maybe you don’t hook up this weekend. Maybe you give it a rest this month. Maybe you ask someone out on a real date. All good. But she flashed a big sign on the ultra-wide screen that read, “Christianity is bigger than its teaching on pre-marital sex.” Freitas asserted that one cannot simply confront hook-up culture with purity culture. Translating herself, she argued that it is not possible to present abstinence as the alternative to young people participating in the hook-up culture. I think she is wrong about that, at least in terms of speaking to the church. If we can’t present fundamental ideas about sin and holiness, then that would also mean that we can’t present Jesus Christ. Better in my view to take a strong stand as the church and to insist on the real pursuit of holiness. Go ahead and put a real alternative on the table. The strongest critique of the church is not that it has the wrong ideals, but rather that it does not live up to them. So, let us put a higher premium on holiness and let us model it for the world.

Paul Lim of Vanderbilt University offered a talk on what it is like to be something of a double agent at his school. On the one hand, he answers to the kingdom of Christ. On the other, he has to be responsible to Vanderbilt. The two are not coextensive. The secular academy does not have the same scale of values the church does. But is there some common good after which we both seek? Though he did not have time to develop the implications of that question too much further, it was the fundamental theme of the conference. Why the focus on the common good? I am sure James Davison Hunter’s book To Change the World was a motivating force for the conference organizers. Hunter clearly emphasized the need to help the secular world see that evangelicals are also interested in the well-being of the community and that we should not be seen as a tribe of people who care about getting what they want. True enough.

But here is the problem. The common good is made out of 80 percent (and that’s being conservative) propositions. Let’s wipe out malaria. Absolutely. Let’s prevent sex trafficking. Who would disagree with that? Let’s prevent child abuse. Right on. We can agree with everyone about these things. These are not the matters, though, which separate us. What separate us are the things that already have been and remain the big controversies in our culture. What is the proper place for sex in a relationship? Big disagreement with the dominant culture there. What is marriage? Again, a substantial cleavage. When does life begin? Look, it’s the trifecta! These fundamental debates are not easily resolved by a focus on the common good. It turns out that there are some rather large matters which remain hotly disputed and many of those are disputed by Christians as Christians. Emphasizing the common good in a Christian conference will not make those things go away. And changing our focus away from these divisive matters will only make matters worse as we will lose momentum in those battles and leave the remaining fighters isolated, dispirited, marginalized and weakened.

What I am suggesting is that the battle is where the battle is. We might wish that we didn’t have to occupy the culturally disfavored position on gay marriage. We would prefer not to be so un-hip as to argue that young people should not have sex outside of marriage. We don’t want to highlight the truth that abortion kills unborn children and that any scientific ambiguity that there ever was on that matter is well resolved in favor of life by virtue of what we see with our own eyes. More broadly, we don’t want to keep insisting that human beings are fallen creatures who live in sin and are hopeless without Jesus Christ.

When I look at Q, its hosts, and the young people participating in it, I suspect I am seeing the cultural stance of those who have grown up in pervasively Christian subcultures. For them, rebelling means rebelling against Massive Baptist Church or Church Related University or Clearly Wealthy Famous Preacherman. Those are the holders of power in their world. It is little wonder to them that the dominant culture dislikes us. We are hypocrites. We don’t measure up to our own standards. And we are judgmental while the secular world is more understanding. Or so it seems to them.

But things look different from where I stand. I grew up as mainstream as mainstream gets. The big television networks, Sports Illustrated (and its swimsuit issue), People Magazine, David Letterman’s show, the newspaper funny pages – these are the influences that thoroughly defined my view of the world. I was aware of Christianity in a typical American and southern way, but it was just a given. It wasn’t anything I was very interested in or excited about. It was a cultural artifact. When I went to Florida State and moved into a dorm on campus, a couple of big things happened. First, I saw the way people live when they live in a thoroughly worldly manner. The drugs, the alcohol, the casual sex, the treatment of young women, the living for parties, etc. Second, I met the first really intentional Christians I’d ever known through Intervarsity Christian Fellowship. They were serious. They talked about Jesus Christ as a real person in their lives. They didn’t live a party lifestyle. They saved sex for marriage. They were interested in reading the Bible carefully and learning about theologians. And they were really just totally and obviously different from everyone else on campus. I was impressed. And when I finally joined them, I felt as though I stepped from a meaningless life with no future into something real and vital and with a destiny to it. For that reason, I was then and am now perfectly willing to be seen as other and alien by the dominant culture.

I think the kids who grew up in the Christian subculture often don’t have that same perspective. They are tired of being different, of fighting against broad cultural currents. They can just fight against evangelicalism by somehow reprising the fundamentalist-modernist controversy in a new way. And the great thing is, they keep one foot in the world of faith and one in the more fashionable world. But those two feet are differently situated. One stands on a dock. The other on a boat slowly drifting away. A choice is imminent. Where will they be standing ten years from now? (Reprinted with permission of The Federalist.com.)