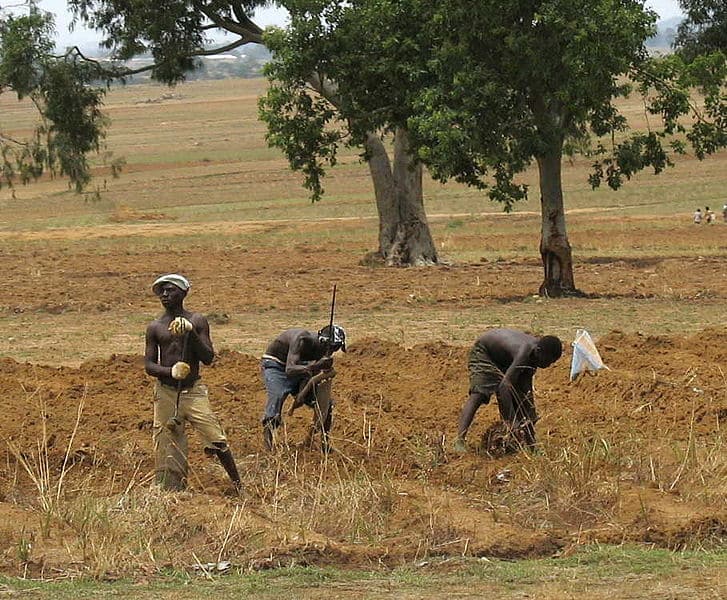 Scores of the herdsmen simultaneously attacked the Christian villages of Ugwar Sankwai, Ungwar Gata and Chenshyi for about four hours. Yakubu Gandu Nkut, chairman of the Zankan area chapter of the Christian Association of Nigeria, said a pastor’s wife and her three children were among the dead, according to Morning Star News.

“The unfortunate attack on our communities has led to killing of more than 100 Christians,” Nkut said. “The wife of one of our pastors, Mrs. Jummai Likita Riku, and her three children, from the ECWA [Evangelical Church Winning All] church, Ugwar Sankwai, were killed in the attack.”

ECWA and Anglican church buildings were burned down by the herdsmen in Ugwar Sankwai, Nkut said.

Fulani herdsmen have long attacked settled Christian farmers in Plateau, Bauchi, Kaduna, Taraba and Adamawa states, but in the past year analysts have begun to see some ties between the assailants and Islamic extremist groups keen to exploit longstanding ethnic, property and religious conflicts.

Daniel Anyip, vice chairman of the Kaura Local Government Council in Kaduna, confirmed the attacks and the death toll, telling reporters that women and children were burned to death in homes the assailants set ablaze.

“There is no justification for this inhuman act,” Anyip said.

“The cattlemen who attacked my village were more than 40 – they were armed with guns and other weapons,” Morning Star News quoted Moses. “As I talk to you, there is no single house that has not been destroyed as the attackers set fire on our houses. As we made efforts to escape from being killed, our attackers shot at every one they saw. It was a miracle that I escaped alive.”

The Nigeria Police Force in Kaduna corroborated the attacks, saying more policemen had been deployed to the area to restore order. The first security personnel reportedly arrived at 4 a.m., about an hour after the attacks ended. Aminu Lawan, deputy superintendent of police, said police have begun investigating, Morning Star News reported.

On Jan. 30, a band of armed Muslim Fulani herdsmen attacked the Christian village of Ungwar Kajit in the Manyi Akuru area of Kaduna, near Manchok, killing a family of seven and a man nearby, and injuring dozens of others.

Kaduna Gov. Mukhtar Yero described the attacks as “ungodly and barbaric.” He promised to order an investigation.

“This ugly situation is unacceptable, and we will step up efforts to improve surveillance and curtail future occurrence,” he said in a press statement. “We pray that God would expose the people that are causing this problem. We pray that God would touch their hearts to stop such dastardly acts or destroy their evil machinations.”

George Dodo, chairman of the Christian Association of Nigeria in Kaduna, called on the Nigerian government to put an end to systematic persecution of Christians there.

Christians make up 51.3 percent of Nigeria’s population of 158.2 million, while Muslims account for 45 percent. Those practicing indigenous religions may be as high as 10 percent of the total population, according to Operation World, so the percentages of Christians and Muslims may be less.