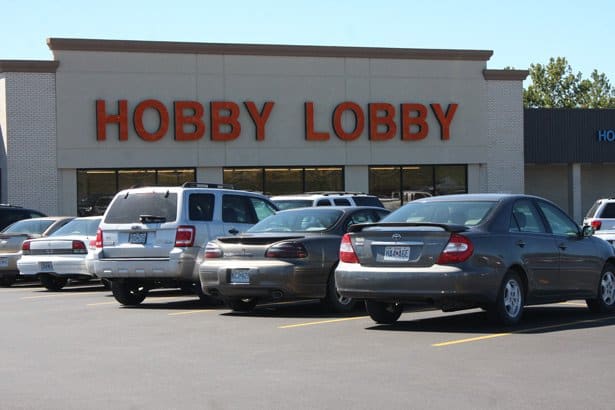 JEFFERSON CITY – Joshua Hawley, an attorney on the legal team defending Hobby Lobby, told members of Concord Baptist Church here that the Oklahoma-based arts and crafts retailer will stand before the Supreme Court, March 25, because of “the hope they have in Jesus Christ.”

The Green family – the Southern Baptist owners of Hobby Lobby – filed a lawsuit against the Department of Health and Human Services (HHS) in 2012 because of an HHS mandate that would force them to violate their religious beliefs by providing insurance coverage for contraceptives that cause abortion. The Greens launched their business in the garage of their home in 1972, but the company has grown to have nearly 600 stores with 30,000 employees.

“From the beginning,” Hawley said, the Green family “wanted to run Hobby Lobby according to their gospel intentions.” For this reason, they included a statement of faith in the company’s charter.

“They want their business to be a witness to Jesus, and that is what has landed them before the United States Supreme Court,” he added. “Part of their faith in Jesus is their commitment to the sanctity of life, the dignity of every life created in the image of God.

Moreover, Hawley said, Christians should care about the March Supreme Court hearing because it concerns the freedom of Christians to share their faith in the marketplace and the biblical role of government.

“This is about our witness, our ability as Christians to witness in the marketplace and to bring our faith into the marketplace,” Hawley said. “That is what the Greens are trying to do in their business. … What the government has effectively told them is, ‘As a price for doing business in America, we’ll decide what your moral convictions are to be.’”

“The government is not allowed (in Scripture) to put itself in the place of God,” he added. “And that is effectively what the federal government is trying to do here by telling the Greens that they have to violate their faith convictions in order to do business. This case is about reminding the government of its own responsibilities and of its own biblical place.”

Hawley requested that the church pray for the Green family, for Hobby Lobby’s legal team, and especially for Supreme Court Justices as they consider written briefs in February and March.

“It is right now that the justices are coming to the conclusions about how this case is going to turn out,” Hawley said. “So this is the critical time.”

Hawley, who serves as associate professor of law at the University of Missouri, will speak at the Missouri Baptist Convention’s (MBC) annual Worldview Conference at Hannibal-LaGrange University, April 3, less than two weeks after Hobby Lobby stands before the Supreme Court.

Janice Crouse, senior fellow at the Beverly LaHaye Institute and another speaker at the Worldview Conference, filed an amicus curiae brief in late January, supporting the religious freedom of Hobby Lobby’s owners.

“The HHS contraceptive mandate is a political tool masquerading as ‘evidence-based’ science,” said Catherine Short, according to Christian Newswire. Short is legal director at Life Legal Defense Foundation, which submitted the brief on behalf of Crouse and the Beverly LaHaye Institute. “Neither family-run businesses such as Hobby Lobby and Conestoga Wood Specialties nor any other employer should be forced to pay for drugs and devices that do nothing to promote health but instead end human lives.”

To learn more about the MBC’s Worldview Conference, visit www.mobaptist.org/worldview.