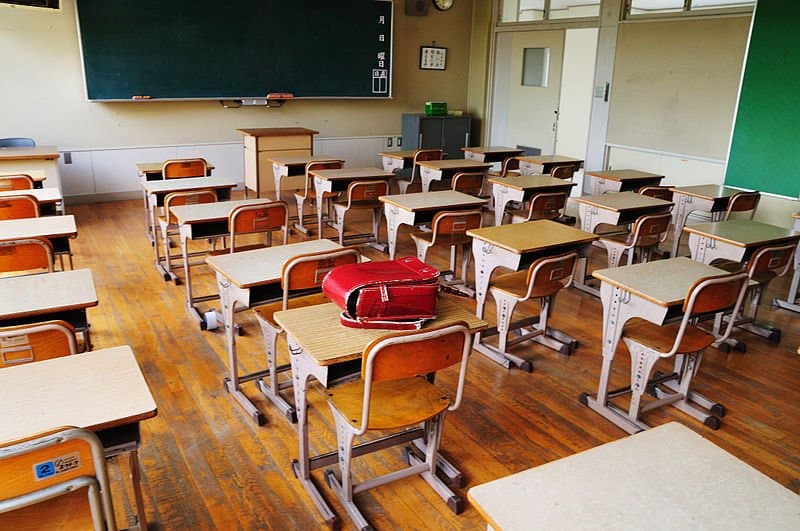 Forges loving partnership, could be model for other churches, schools

CAPE GIRARDEAU – Who says there’s no prayer in schools? There is at Alma Schrader Elementary School in Cape Girardeau.

Bethany Baptist Church here has adopted the school through a Chamber of Commerce program and that has led not only to a positive relationship between the school and church members, but allowed them to prayerwalk the halls and stop at each door before the start of school this fall.

It began when the church – just a few minutes’ walk from the school – offered its facilities to the school’s 400 kindergarteners through fourth graders in the event of an emergency or evacuation. Then in 2011, the church joined the Chamber of Commerce so that they could become an official community sponsor for the school. Led by member Fran Austin, they’ve partnered with the school on things big and small since then.

“Their fourth grade choir will come and sing at our senior adult luncheon during Christmas and we would gather up school supplies or send notes to the teachers on birthdays,” said Shawn Wasson, Bethany’s pastor. “Some of them will help tutor students in reading. Then, as their community sponsor, they will invite us to events and have a seating section for us.”

Wasson said the most exciting thing is that the school’s principal, who he said is a believer, had been leading a voluntary faculty prayer meeting before each new school year.

“It started with the Christian faculty praying for other teachers and their classrooms,” he said. “Then some parents joined them. Then this year they invited us and so one Sunday night 72 of our people went over there and prayed.”

The church prayerwalked the school with parents and teachers, and stopped at each classroom.

“On almost every classroom, with very few exceptions, they had put prayer requests outside their door,” Wasson said. “It was teachers asking that they would be what the students needed them to be, and certain student requests by name (used by permission). It was pretty amazing.

“It’s just about building bridges and making connections,” he said. “You’re being relational, getting to know people, and then that leads to more opportunities to share the gospel as opposed to just sitting back and hoping people come to us.”

The Bethany-Alma Schrader model is one easily reproduced by any church of any size in any community, Wasson said.

“The Chamber of Commerce said they wished more churches would step up and get involved with the schools.”

Though some might cry foul, citing a separation of church and state, Wasson says the church is simply being a good neighbor to the school. He also noted that the Salvation Army and the local Muslim Center are partnering at Alma Schrader to provide school supplies.

“That’s going to happen, too,” he said. “If we sit back, other groups are going to be involved.”

In the aftermath of the reversal of