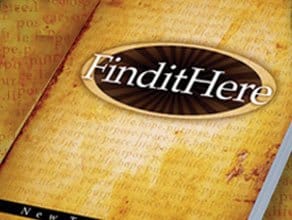 JEFFERSON CITY – Over the next two years, Missouri Baptist churches will distribute one million Bibles through service and one-on-one encounters. At least, that’s the goal of Light Up Missouri, the thrust of God’s Plan for Sharing (GPS), an ongoing joint initiative by the Missouri Baptist Convention (MBC) and the North American Mission Board (NAMB) for 2014 and 2015. Over all, the goal of GPS is to spread the gospel to every person in Missouri by 2020.

The idea is to get outside the church walls and reach out specifically through days, seasons and moments of service. Servant-evangelism projects are conducted in special one-day events or planned across a season taking several weeks or months. Mark Snowden, MBC strategist for evangelism/discipleship, identified the weeks prior to Easter as being particularity good opportunities for servant-evangelism in a time of the year when most unchurched express an openness to attend a church-related event if invited. A “moment of service” could be a kind action anytime with the idea of showing God’s love. Snowden said churches should consider involving someone who is not yet a believer to join them in the intentional acts and see first-hand love in action.

“It’s going to paint a house, or partnering with Habitat for Humanity,” he said. “But it’s also bringing the lost along with you and doing the project. It’s something they would be interested in doing already.”

Ideas for projects are available at www.mobaptist.org/light, such as canned food drives, adopting a local immigrant group, tutoring at a local school or something as simple as asking a waiter or waitress how you can pray for them. Churches will be receiving planning kits for Light Up Missouri in mid-September.

Going hand-in-hand with servant-evangelism is the goal to personally hand a copy of God’s Word to one million people over the two years.

“There are people here in America that still don’t have a Bible,” Snowden said.

“They’ve been trying to discover ‘what does God do when you deliver Bibles?’” Snowden said.

Skyline Baptist in Branson has 30 new additions through Baptism or change of membership, growth they attributed in large part to Scripture distribution and visitation. A Kansas City congregation, U Church, simply went door to door at local housing projects and gave them to anyone who wanted one.

Though the MBC covered the cost of those original 47,000 Bibles, individual churches and associations will need to purchase the Bibles as part of the one million-Bible initiative next year.

“It’s going to be up to the churches to catch that vision,” Snowden said. “

In the aftermath of the reversal of Roe v. Wade, the Missouri Baptist Children’s Home is standing firm in its efforts to give help, hope and healing to parents