The presses were up and running and I had just returned to my Oklahoma editor’s desk.  Stella, my admin assistant said I had a call from the Missouri Baptist executive director. The conversation went something like this: “John, who is out there who could help us launch a new state paper here in Missouri?”

It did not take me long to collect my thoughts and say, “The list is short, and few are conservative enough, experienced enough to lead a sustainable publication. The top of my list is Don Hinkle. He is a known person among the journalists in the SBC. He would do a fine job for your new state paper.”

And that he did. He was an authentic journalist. He was curious, steadfast to principle and a truth-teller even if it cost him something.

A fellow Christian journalist from Tennessee, Chris Turner, made a similar observation in a Facebook post: “Don was always all in. He never compromised a conviction. Don was not simply a Christian journalist. Don was a journalist in every best sense of the profession who was God-called to serve in a Christian context. He took his craft seriously and used words in deeply thoughtful ways to help shape people’s biblical worldview. Don was insightful, curious, determined, focused, stubborn, compassionate, funny and loved a good rigorous conversation over things that mattered. Don was a leader and an influencer. This is not only a great loss for Missouri Baptists, but all Southern Baptists and beyond.” 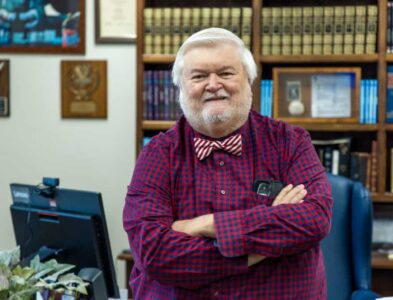 The result is in the product. While the MBC’s Pathway is the fourth largest paid circulation newspaper in Missouri, I would venture to say it is the most impactful. To grow from zero to around 30,000 households with readers in 20 years is a powerful benchmark. In the SBC, the MBC’s Pathway was only exceeded in printed circulation by the Alabama Baptist and the SBTC Texan.

Don and I had multiple conversations about how all newspapers operate on the basis of a symbiotic relationship with content, advertising and circulation. The process is constantly in motion to present a view of the news for the readers.

I constantly teased Don about paid advertising. He constantly focused on content saying something like, “Without content that interests Baptists and alerting them to issues that impact them personally, you don’t have a reason to print or advertise.” Of course, he was right. At times, He was tenacious and at the same time, kind.

How could we forget the legacy of Don’s prayer walking? At the state house and especially when a significant value bill was under consideration, Don could be found prayer walking the halls of the Capital building. He worked with and contributed to a huge influential network of organizational leaders to do the behind the scenes public policy work for Missouri Baptists.

I will never forget his prayer walking adventure with Michael Byrd, a pastor leader in north St. Louis. As they walked and prayed, they found themselves in an area that was not welcoming to Christ followers but on the two of them prayed and walked much like I would imagine Paul and Silas would have done in their day.

One day Don received a letter from a prisoner in one of our state penile institutions. The prisoner was thanking Don for running the simple gospel message in the paper. He followed the insights that Don printed and surrendered his life to Christ.

He deeply loved his wife, Bernadette. He cared for her till she drew her final breath and now they are together with a host of others around the throne room of Almighty God singing His praises.

We will never know all the behind-the-scenes things that Don did for us. His leadership with The Pathway and with public policy will never be surpassed. He walked with public leaders and from the shadows he would help them understand the values and virtues of Christian men and women. He called compromisers out. He helped those who were hurting by telling their story and helped the helpers celebrate the work of God in difficult times.

He was a good friend and gospel coworker. He fulfilled his call. He loved the Lord and loved to serve with Missouri Baptists.

If I had had the opportunity before the Lord called him home, I would have said to Don, “See ya later, Good Friend.”