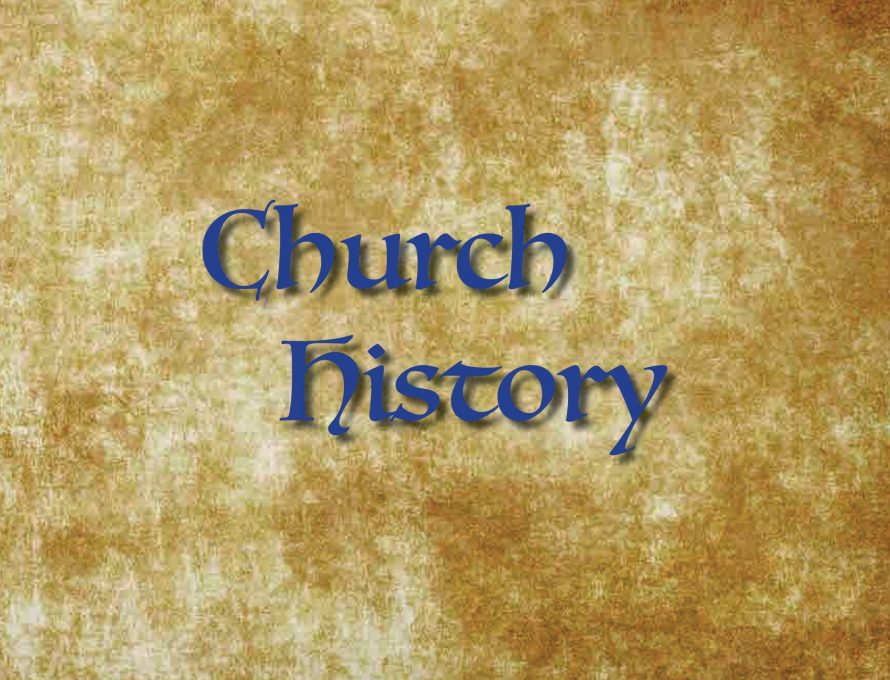 That year, the bubonic plague once again ravaged England’s capital city, despite efforts to prevent the spread of disease: Stray dogs throughout the city, thought to transmit the plague, were rounded up and killed. Bonfires – believed to “consume the corrupt airs” – filled the streets at sundown three times each week. Plays, fairs and other gatherings were prohibited, and London’s Christians were urged to worship at home.

In the end, the London plague of 1563 killed at least 24 percent of the city’s population.

Nevertheless, Christians during this epidemic proclaimed hope amid the devastation.

John Foxe – known best for his “Book of Martyrs,” first printed also in 1563 – encouraged London residents, suffering from disease and fearing death, to find hope in the cross of Christ. After all, Christ defeated sin by His own death and defeated death by His resurrection.

“Casting up your mind and beholding the death of Christ, learn thereby to die and not to fear death,” Foxe wrote. “If His death be a remedy to our wounds and victory against our death (as indeed it is), then enjoy you your victory, giving thanks to Christ.”

This call to gospel hope has reverberated throughout the history of Christianity, and it continues to bring hope to Missouri Baptists learning now to cope with the ongoing COVID-19 outbreak.

“Christians have looked to Jesus Christ and the promise of the resurrection during such crises that threaten death,” Miles Mullin, professor of Christian studies and religious history at Hannibal-LaGrange University, told The Pathway. “The conviction that Jesus has conquered death and the grave has animated believers to have courage in the face of fear, allowing them to firmly persist in their devotion to Christ and the love of others, continuing to minister in the face of great personal peril.”

Indeed, early Christians living in the Roman Empire gained a hearing from pagans by selflessly caring for the sick and poor during epidemic outbreaks.

Later, during the 16th century, the Protestant Reformer Martin Luther faced a plague in his hometown of Wittenberg, Germany. He called Christians to place their faith in God and to love “the least of these” as they would Christ himself, yet he urged them not to “tempt God” by ignoring common sense precautions against the spread of disease.

Later still, the English Baptist preacher Charles Spurgeon refused to leave London during the cholera outbreak of 1854. “I felt that it was my duty to be on the spot in such a time of disease and death and sorrow,” Spurgeon later wrote.

“While it seems novel for churches to be facing an epidemic in our own day, many of us lived through the AIDS epidemic of the 1980s,” Mullin said. “It is sobering to think of the way in which many American Christians reacted to that epidemic. We allowed fear to determine our steps. Unfortunately, so many who claimed the name of Christ said horrible things and told horrible jokes. When I reflect back on that historically, it seems an opportunity lost to minister to those who were suffering and without Christ.

“By contrast, while the wealthy and well-connected of London—including the King and many priests—fled when the Great Plague ravished the city in 1665-66, many dissenting pastors like Baptist Hanserd Knollys (1598/9 – 1691) stayed, continuing to minister in their communities. Afterwards, they were highly esteemed for their courage in showing Christian love.

“Love can look differently, though,” he added. “More recently, the highly-virulent Flu of 1918-19 led many churches to cancel services for quite some time as requested by government officials.”

Pastor Mark Fugitt of Round Grove Baptist Church – who will soon graduate from Midwestern Baptist Theological Seminary with his Ph.D. in historical theology – takes comfort from the examples of Christians throughout history. He told The Pathway that the current pandemic – like plagues of the past – “beckons” Christians “to be even more like” Christ “in self-sacrifice and compassion.”

“History regularly reminds us that God-given wisdom and a strong faith are both required to successfully facedown widespread disease,” Fugitt said. “During past pandemics, Christians were always quick to serve because they knew that any present suffering was small compared to life in Christ.

“From our past we learn that when the world loses hope, Christians shine the brightest,” he said. “God calls us to a humble faith that helps hold fraying societies together and survives to help them rebuild.”