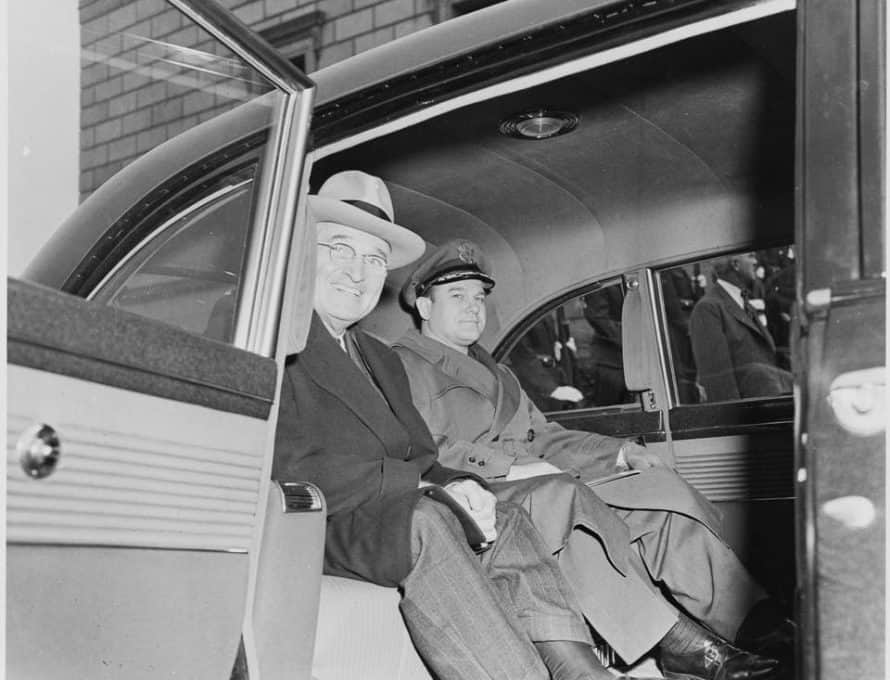 INDEPENDENCE – A little boy from Doniphan County, Kansas, is the last person one might expect to be responsible for the lives of the President and First Lady. But that became the case for Wallace Graham, who would storm the beaches of Normandy, earn three Purple Hearts, serve as the personal physicians for Harry and Bess Truman and ultimately join Wornall Road Baptist Church in Kansas City.

Graham and his family moved from Doniphan County to Kansas City when he was nine years old, just as his father, an Army surgeon returned from World War I.

“My father made a study of religious precepts,” Graham said as part of an extensive interview in the archives of the Harry S. Truman Library in Independence. “We went to several of the churches in Kansas City. He thought the Baptist Church had more to offer. … When any young fellow, ten and twelve years of age, enjoys going to church rather than going to Sunday School, that speaks well of the minister. I went to Sunday School as long as I thought was necessary, but I wanted to get to church. The minister would always relate his sermon to everyday life.”

Graham would enter the Army ROTC while at the University of Missouri and became a First Lieutenant when he graduated from medical school in 1936. In 1941, he became the ward surgeon at Fort Leonard Wood. Later, after the United States entered World War II, he went to Europe. By then, he was a Major and though he was attached to the 101st Airborne paratrooper division, he landed on Omaha Beach in Normandy on D-Day Plus 2 (June 8, 1944).”

There he helped set up and man a surgical hospital to treat the allied wounded.

“It was a miserable occurrence,” Graham said.

Graham also parachuted into Holland as a part of Operation Market-Garden, where he was shot in the left thigh and left hand.

“I had a frightening experience when I was under constant, heavy fire, and I ran into a pillbox. There was a German forward observer standing on a parapet. Hearing the shells whine and the snap of bullets overhead, you could name every size and caliber.”

One German had been left for dead in a fox hole when “the Americans were coming through and a G.I. stuck his bayonet through his back, and it protruded through the chest. It was right over his heart, and came out the upper left chest. They couldn’t get the bayonet out as it stuck on his ribs and scapula bone. So they left the bayonet in and they brought him in as we were moving forward to advance. He was brought in to me and I took care of him. I put him on the table, and laid him on his right side with the bayonet protruding. I was afraid that it was right in his heart. I pulled it out very slowly and didn’t lose over a few drops of blood. It was amazing but true. He was evacuated back to the POW enclosure. I later heard he was sent to the U.S. and worked on a farm there in Iowa.”

After the war ended, then-Col. Graham, was called to Potsdam, where Truman – now president – Winston Churchill, and Josef Stalin were carving up post-war Europe.

“I didn’t know what my duties were to be at Potsdam,” he said. “I didn’t even know the President was over there, and so I thought I was being sent to another war zone (possibly to Japan).”

There, he was asked if he wanted to become the president’s personal physician. He reluctantly agreed, but called himself “the country’s ‘most disemployed doctor’” thanks to the Trumans’ generally good health.

Promoted to Major General, Graham served the President and First Lady at the White House from 1945 to 1953 and then as the family doctor from 1945 until Bess Truman’s death in 1982. In Washington, his office was on the ground level floor of the White House with windows looking over the south lawn. In motorcades, he rode one car behind the President and the Secret Service.

“I wanted to stay in active service as long as I believed it was my duty to do so,” Graham told the Truman Library interviewer. “Not to be heroic or a martyr or anything of that type, but I felt compelled.”