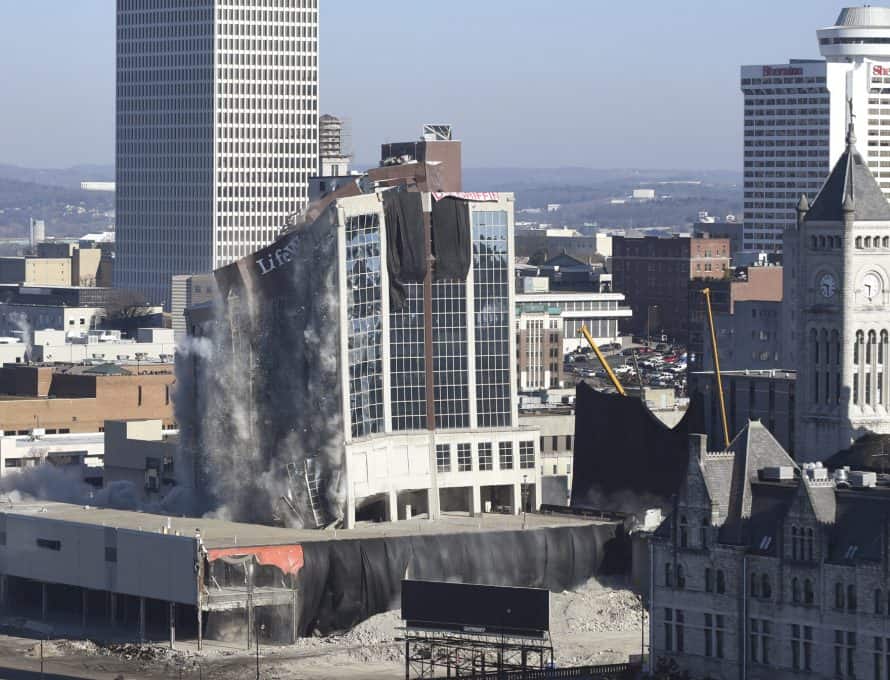 Nashville’s first major implosion in more than 30 years, the Draper Tower is being cleared as part of a mixed-use redevelopment including a hotel, restaurants and apartments on LifeWay’s former property. The campus was sold in 2015 for $125 million and encompassed nine buildings with more than 1 million square feet.

Some 600 pounds of explosives were used to detonate over about seven seconds, leaving rubble piled 60 feet high, according to The Tennessean newspaper.

LifeWay’s corporate headquarters moved in November 2017 to a 277,000-square-foot facility about a half-mile away.

As part of the redevelopment of LifeWay’s former campus, groundbreaking on a new 23-story Hyatt Regency hotel was scheduled to coincide with Saturday’s implosion, according to media reports. That hotel will sit on the former location of a LifeWay Christian Store, which already has been demolished.