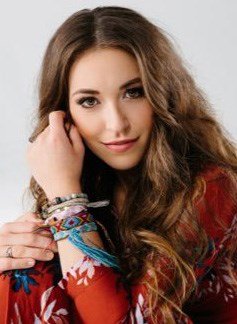 NASHVILLE (BP) – Lauren Daigle again tops the list of artist nominees at this year’s GMA Dove Awards with five nominations. Daigle was named last year’s Artist of the Year and 2015’s New Artist of the Year, after topping the charts with her song “How Can It Be.” She is nominated for this year’s Song of the Year for “Come Alive (Dry Bones)” and four other awards.

Daigle is joined in the top nominee spot by newcomer Zach Williams, whose first solo single “Chain Breaker” reached No. 1 on the Hot Christian Songs chart earlier this year and is nominated for Song of the Year. Williams also received five nods, including a nomination in the New Artist category along with Bri, Micah Tyler, Social Club Misfits and Steven Malcolm.

Other top nominees are Chris Tomlin, Crowder, Kirk Franklin and NEEDTOBREATHE, with four nods each.

Tomlin is nominated for Artist of the Year along with for KING & COUNTRY, Hillsong United, MercyMe and TobyMac.

In addition to “Chain Breaker” and “Come Alive (Dry Bones),” other Song of the Year nominees are “Even If,” “Eye of the Storm,” “Feel Invincible,” “Great Are You Lord,” “King of the World,” “O Come to the Altar,” The Lion & The Lamb,” “Thy Will” and “What a Beautiful Name.”

“I’m thrilled to celebrate another year of Dove Awards nominations!” GMA President Jackie Patillo said in a press release. “Our artists and creatives sacrifice year-round to share their sound with the world. Our theme this year is Sound the Remedy; we believe the message of Gospel and Christian music offers God’s remedy to the world.”

For a complete list of nominees or to purchase tickets for the live show, go to doveawards.com.