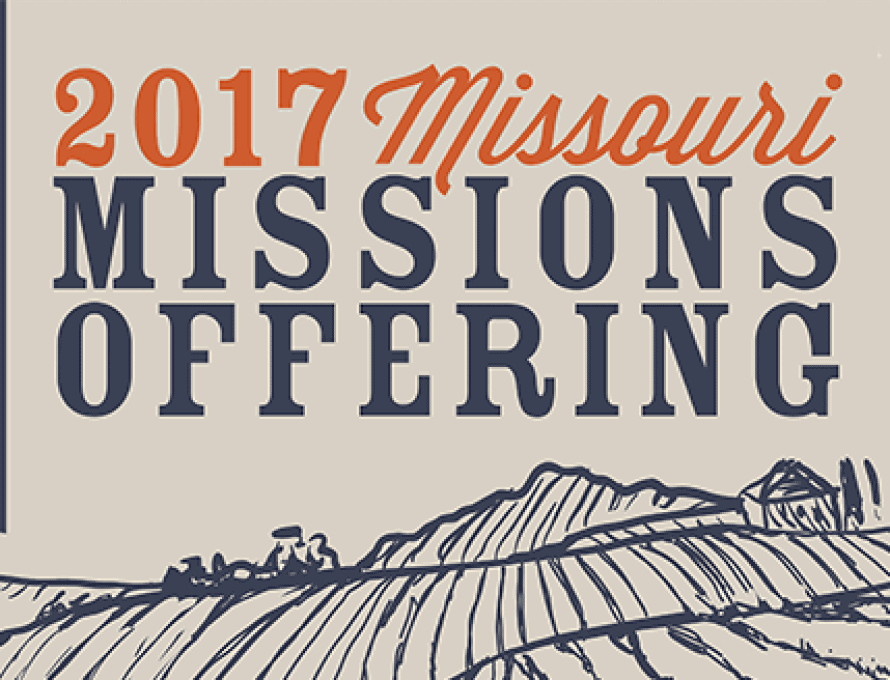 JEFFERSON CITY – Rheubin L. South was on to something when he spearheaded the launch of the Missouri Missions Offering.

As executive director of the Missouri Baptist Convention from 1975 – 1986, South witnessed an unintended conflict brewing across the state as various mission causes and agencies multiplied, each seeking funding for its own worthy efforts.

Missouri Baptists, generous to the core, wanted to support ministries ranging from the Children’s Home to the Woman’s Missionary Union, but were struggling under the burden of multiple offerings.

In essence, having separate offerings meant that Missouri Baptist agencies and auxiliaries were competing against one another.

So, South rallied support for combining all of the offerings into one. With this plan, both the promotion of and the giving for each agency would be streamlined into one offering. Each cause would benefit from combined promotional efforts, and the burden on churches and individuals would be reduced.

A cue from CP

South may have taken a cue from the Southern Baptist Convention, which tottered on the brink of bankruptcy early in the 1900s for the same reason — missions agencies competing against each other for limited funds, thus threatening the cooperative spirit of the SBC.

The result was the Cooperative Program, the game-changing funding mechanism that Southern Baptists have used since 1925 to support thousands of full-time missionaries around the world, six seminaries, ethics and religious liberty causes, and much more.

In any case, South carried forward the idea of a single state missions offering in which Missouri Baptists would support ministries to foster children, victims of disasters, international students attending Missouri universities, church planters, and much more.

Each year, about 800 MBC churches contribute to MMO, along with many individual donors. Last year, the offering resulted in $705,506, which then was allocated for ministries that make disciples, multiply churches, and develop leaders.

MMO enables Missouri Baptists to support nearly 20 ministries across the state with a single offering. This enhances cooperation among MBC entities, and reduces the number of missions offerings for local churches.

Finally, 97 percent of MMO gifts go directly to the projects they support, with only 3 percent set aside for administrative and promotional purposes. Other charitable organizations often take 20 percent or more to administer their activities.

MMO’s theme this year is taken from 1 Cor. 3:9, “For we are labourers together with God” (KJV). Truly, MMO is a cooperative effort that enables all Missouri Baptists to work together to transform lives and communities with the gospel.