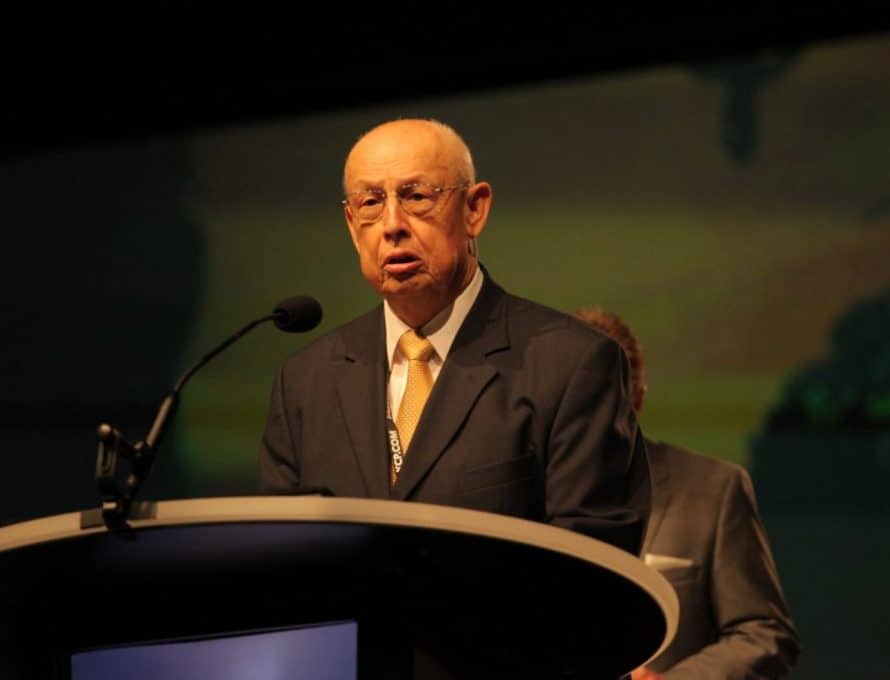 FORT WORTH, Texas – Five Missouri Baptists will soon be depicted in stained-glass windows at the Southwestern Baptist Theological Seminary’s MacGorman Chapel because of their leadership in the Southern Baptist Convention’s Conservative Resurgence.

The honorees include: Missouri Baptist Convention Executive Director John Yeats, who has also served as SBC Recording Secretary for two decades; Gerald Davidson, pastor emeritus, First Baptist Church, Arnold, and a past MBC president; the late Jim Wells, who served 15 terms as SBC registration secretary until his death in June, and who previously served on staff with the MBC; the late Fred Powell, former pastor of Pisgah Baptist Church, Excelsior Springs, who has been called a “behind-the-scenes stalwart” of the Conservative Resurgence; and the late James Hefley, a Hannibal-LaGrange University alumnus who described the Conservative Resurgence in his five-volume history, Truth in Crisis.

The stained-glass windows are only one part of the seminary’s attempt to memorialize the Conservative Resurgence, a movement that restored the SBC’s commitment to belief in the inerrancy of Scripture. The seminary is also constructing a Baptist Heritage Center, which will house archives from this movement.

In a letter to the MBC’s John Yeats, Southwestern First Lady Dorothy Patterson, who serves as professor of theology in women’s studies at the seminary, wrote, “Not only our students who pass through the campus over the generations but also the hundreds of visitors who come across this path will be blessed and encouraged as well as edified by learning about this modern-day Reformation, which reached far beyond our Southern Baptist Zion in its influence.”

To donate to this project, contact the Institutional Advancement Office at Southwestern Baptist Theological Seminary by calling 1.817.923.1921.