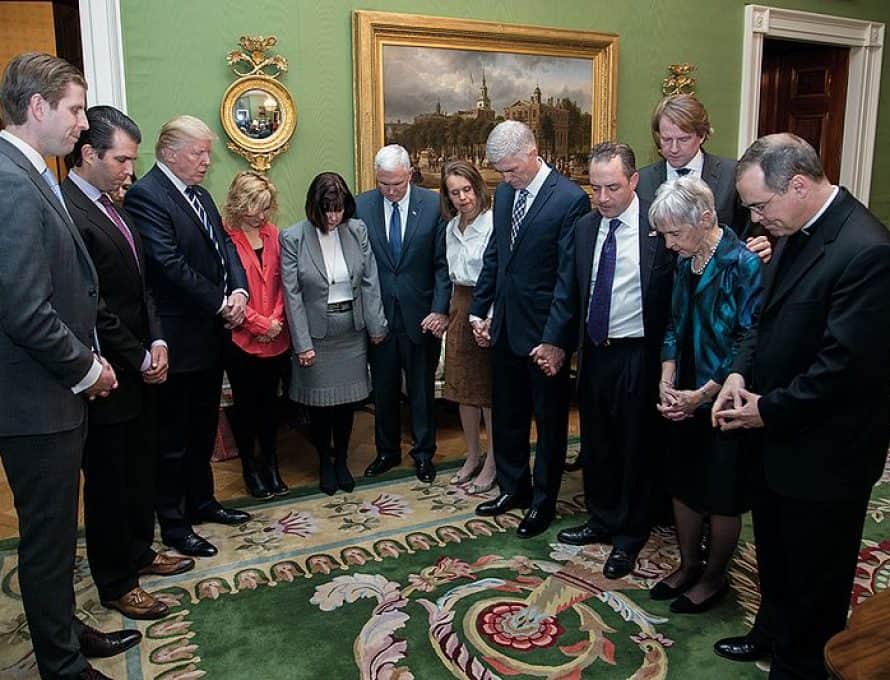 Lamb is a graduate of the Southern Baptist Theological Seminary in Louisville, Ky., and the “Jesus in the Public Square” columnist for The Washington Times. Other biographies that he has written or co-authored include Huckabee: The Authorized Biography (Thomas Nelson, 2015) and Pujols: More than the Game (Thomas Nelson, 2011).

In their latest book, the authors argue in part that President Trump won over evangelicals not by pandering to them, but by supporting them and all their most important issues without pretending to be something he’s not, a release from HarperCollins explained.

Amid criticisms raised about the book by Trump’s opponents, Lamb said the book doesn’t try to portray Trump as a Christian saint.

“We’re going to take our licks for this book, no matter how nuanced we are,” Lamb said. “Brody and I aren’t even making a case for his being Mother Teresa or in the Lamb’s book of life. Instead, we’re just making an honest and readable assessment.”

In an interview with TheStar.com, Brody said, “I do think it’s important for some of the critics to understand that we’re not going to gloss over some of what has taken place in the past.” He also encouraged readers to “keep an open mind and gather all the evidence” as they think about Trump’s connection to faith.

“The Judeo-Christian values that this country was founded on is something that Donald Trump does believe in,” he added. “He’s been very clear about that. And he’s actually shown that through public policy since he’s become president.”

In September, Lamb will be the keynote speaker for The Pathway’s journalism retreat, an annual gathering of Pathway staff members and freelance writers and photographers.