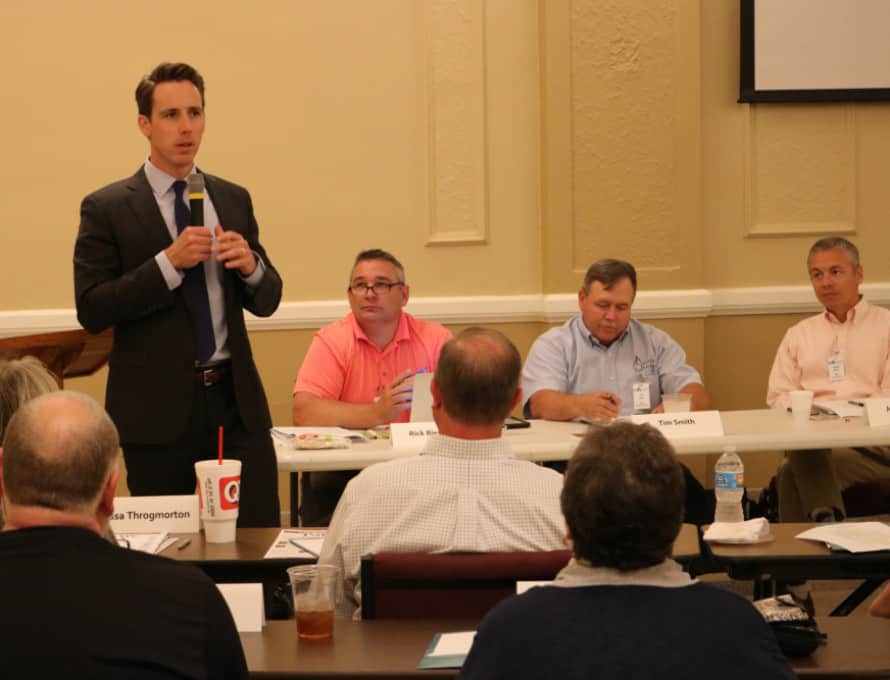 JEFFERSON CITY – Reflecting a recent increase of Cooperative Program (CP) giving within the state, Missouri Baptist Convention (MBC) Executive Board members increased its 2018 CP goal. In other business, they recommended that Missouri Baptists, gathered for their annual meeting in October, take up a special offering to fight human trafficking.

2018 CP goal and Executive Board budget

In April of this year, Executive Board members set the 2018 CP goal at $14.5 million, which equals the actual CP giving receipts from 2016 but is less than the 2017 goal of $14.8 million. But during their most recent meeting, July 10-11, they increased the 2018 goal to $14.8 million. Their decision reflects a recent rise in giving among Missouri Baptists to the CP. During the month of June, for example, the Southern Baptist Convention’s Executive Committee reported that the CP allocation budget receipt from Missouri was up by 23 percent, as compared to the same month last year.

As noted in the background to the board’s recommendation, the new 2018 CP goal of $14.8 million “is better in line with the expected giving” for 2018.
Budget allocations for 2018 remain the same as those set by the board earlier this year. The board has removed the 5 percent “shared expenses” category, which in previous years has helped to fund The Pathway and annuity protections, although the money needed for these ministries will now come from funds allocated for MBC causes. The Board allocated 60 percent of the 2018 CP goal for MBC causes, while allocating the remaining 40 percent for Southern Baptist Convention (SBC) causes. Any CP receipts above the 2018 goal will be split evenly between MBC and SBC causes.

In other business, MBC board members also recommended that the convention approve a special offering to support the Restoration House of Kansas City in its ministry to victims of human trafficking. The Restoration House is a Christian recovery program for survivors of sex-trafficking in the area, and the Blue River-Kansas City Association is heavily involved in the ministry. If approved by Missouri Baptist messengers, the offering will be collected at the annual meeting, Oct. 24.