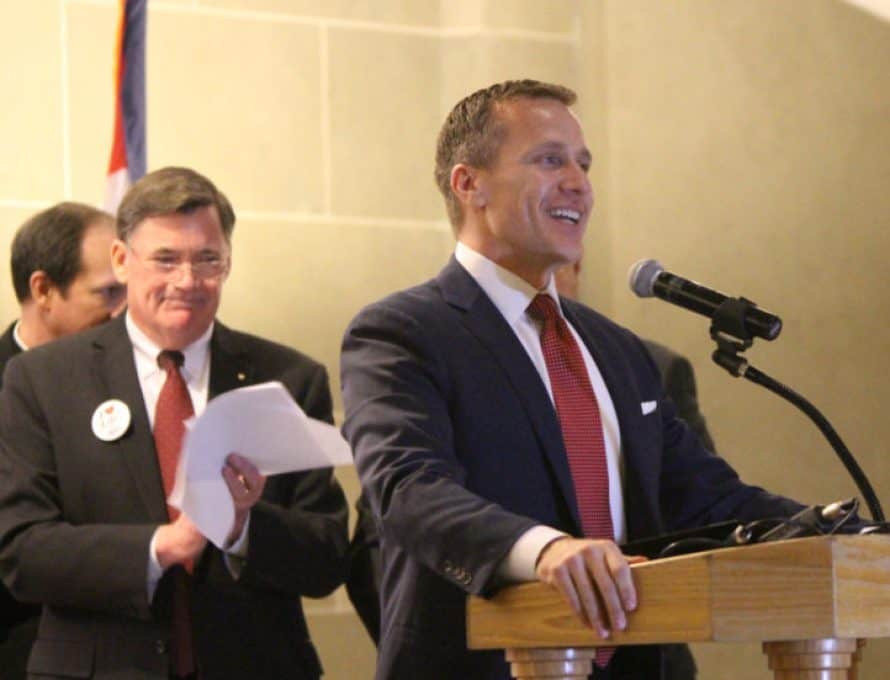 JEFFERSON CITY - Gov. Eric Greitens speaks at a pro-life rally at the Capitol in March. Pathway photo by Brian Koonce

JEFFERSON CITY – Gov. Eric Greitens called a second special session of the Missouri General Assembly this year with the aim of striking down a St. Louis ordinance that makes it an “abortion sanctuary city.”

Starting June 12 and continuing as long as needed, the special session will center around stricter regulations on abortion clinics, including requiring annual inspections and that clinics adopt plans for potential medical complications, Greitens said in a statement.

Greitens said he also wants to stop St. Louis from becoming an “abortion sanctuary city,” which stems from a February vote by the St. Louis board of aldermen that passed an ordinance that could force religious groups and individuals to hire abortion activists and rent to pro-abortion groups.

“Municipalities should not be attempting to thwart constitutionally guaranteed liberties,” said John Yeats, executive director of the Missouri Baptist Convention.

Don Hinkle, the editor of The Pathway and director of public policy for the Missouri Baptist Convention, said a special session was welcome.

“The governor called me, probably a couple of months ago, and he told me that the St. Louis ordinance would not stand,” Hinkle said. “I’ve been patiently waiting.”

Hinkle also said calling a special session is “smart politics” to put cities that do not respect the authority of the state governments on blast, especially on a large, possibly national, stage.