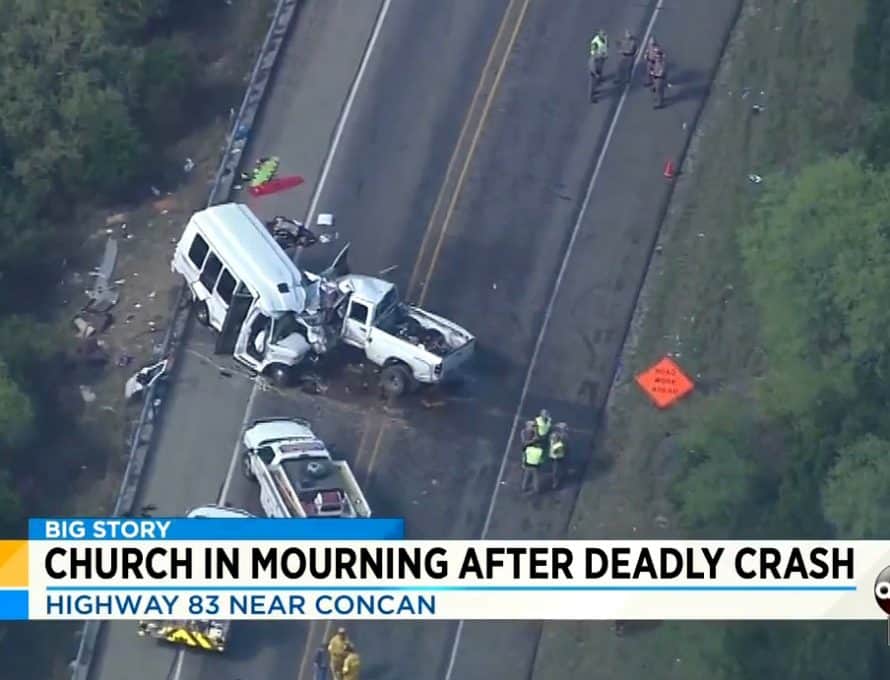 NEW BRAUNFELS, Texas (BP) – Thirteen choir members from First Baptist Church died, March 29, in an automobile accident. The choir members, all between the ages of 61 and 87, were returning from an annual retreat at Alto Frio Baptist Encampment in Leakey, when the accident occurred on Highway 83 near Garner State Park in Concan. All but one of the fatalities occurred at the site of the crash; the other, hours later at the hospital.

Only one passenger of the church bus, 64-year-old Rose Mary Harris of New Braunfels, survived the wreck. She is still hospitalized at Antonio Military Medical Center in San Antonio.

The driver of the pick-up truck involved in the accident, 20-year-old Jack Dillon Young of Leakey, is hospitalized at University Hospital. A witness to the accident told the Associated Press that Young said he was texting before hitting the bus head-on. But the National Transportation Safety Board (NTSB) investigating the crash has not confirmed the cause.

To learn more about how to pray and support this church body in their grief, visit www.bpnews.net/48610/bus-tragedy-inspires-compassionate-response.