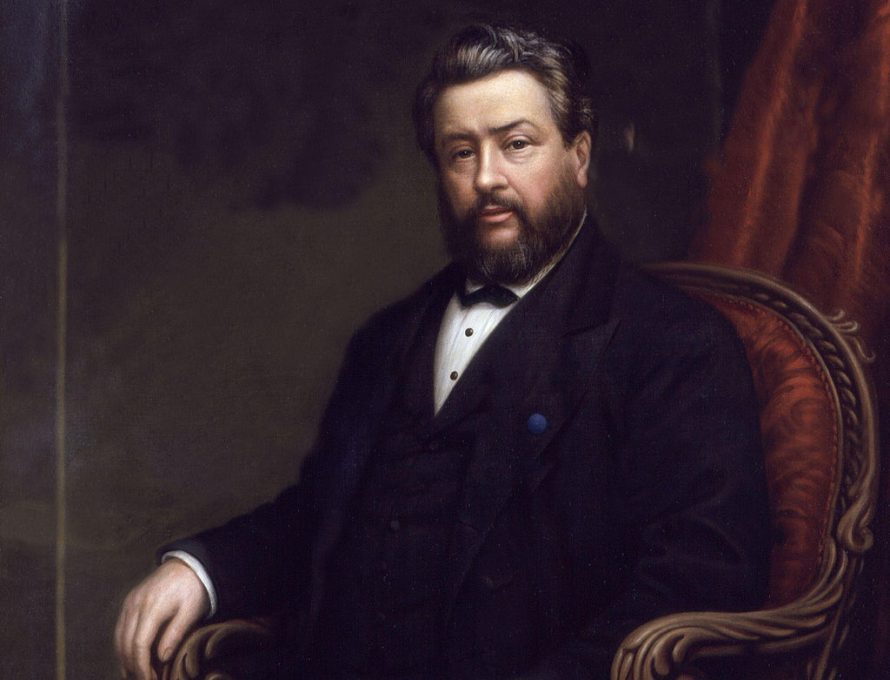 EDITOR’S NOTE: In the following Q&A, we asked Church Historian Christian George to tell Pathway readers about how Charles Spurgeon–one of the most influential preachers in Baptist history–read, studied and valued Scripture. George serves as assistant professor of historical theology and curator of the Spurgeon Library at Midwestern Baptist Theological Seminary (MBTS) in Kansas City. For more information, visit www.spurgeon.org.

Q: How would you describe Spurgeon’s knowledge of and love for Scripture? Also, can you tell us anything about his biblical reading and study habits?

George: It was said of John Bunyan that if you cut him, he would bleed Scripture. The same could also be said of Charles Spurgeon. In The Spurgeon Library, we own over 5,000 books that once belonged to Spurgeon. Two of his Bibles are in this collection – one he used throughout his pastorate in London, and the other he used at the very end of his life when he was working on his commentary on Matthew. Both Bibles are heavily annotated and torn from constant use.

Spurgeon was always reading and interacting with Scripture. For twenty years he produced a verse-by-verse commentary on the Psalms (The Treasury of David), and we have the Psalter he used during that publication – it’s thoroughly cross-referenced and annotated. Of course, Spurgeon’s study habits were less than conventional. Because of his photographic memory, he could wait until late Saturday evening to prepare for his Sunday morning sermons (we don’t recommend that practice for our students at MBTS).

I think Spurgeon’s greatest stance for Scripture comes at the end of his life when he withdrew his membership from the Baptist Union and sparked the “Downgrade Controversy.” You might say he died on the hill of Scripture because he could not in good conscience remain in fellowship with those who did not think God’s Word was infallible.

Spurgeon also read widely outside of Scripture, as many of our books reveal. His favorite book was Bunyan’s The Pilgrim’s Progress, which he quotes more often than any other in his sermons. He once said he read that allegory over one hundred times in his life. Spurgeon was also reading Puritan writers like Richard Baxter, John Owen, John Flavel, and Jonathan Edwards. His go-to commentaries were either John Gill or Matthew Henry, and the sermons of George Whitefield were never far from his reach. Outside the Christian world, he read Greek classics, Shakespeare, Charles Dickens, and all sorts of diverse works on medicine, bee-keeping, and American presidents, among hundreds others. Spurgeon once said, “He who will not use the thoughts of other men’s brains, proves that he has no brains of his own.” And Spurgeon would know. He published more words in the English language than any preacher in history – and we’re still discovering more of them.

Q: What do Spurgeon’s “Lost Sermons”—as well as the Spurgeon Psalter that MBTS owns—tell us about his knowledge and use of Scripture during his ministry?

George: Most times, when we think of Spurgeon, we imagine his London ministry when he became, by the age of twenty-one, one of the most popular preachers in the word. But what is so interesting about The Lost Sermons project is that for the first time in over a century and a half, we get a glimpse into the preaching of the young Spurgeon – his earliest ministry from 1851-1854 (beginning when he was sixteen and living in Cambridge) before he moves to London. Handling those eleven handwritten notebooks, my initial impulse was to fulfil the dream Spurgeon had in 1857 to publish them. Unfortunately (or fortunately), Spurgeon did not publish them in his lifetime. The teenage sermons of Spurgeon are, in my opinion, some of his very best. Here is Spurgeon at his most vulnerable, a preacher trying to find his voice. His mistakes are obvious, and some sermons don’t contain a single verse of Scripture. But readers will be able to see how Spurgeon’s treatment of Scripture evolved over the first three years of his vocational ministry.

In volume one, for instance, Spurgeon preached nearly half of his sermons from the Old Testament. That’s a rare thing to see in our own time. He experiments with allegory – sometimes going too far, other times not far enough. He pulls content from John Gill and others and occasionally borrows their entire outlines (the rules of plagiarism were far more relaxed in the nineteenth century than in our own day). What’s so striking about many sermons are the prayers he writes at the end: “God, help me, a poor thing,” “Oh Father, help thro’ Jesus,” “Lord, help thy weakling,” “Lord, revive both me and the people,” and “Lord, revive my stupid soul!” Spurgeon’s greatest weakness, his “darling” sin, as he called it, was pride. And it’s so fascinating to watch this teenager combat his own weaknesses by begging God to give him strength. I love that the early sermons reveal a preacher both in progress and regress.

Q: What can Spurgeon teach us about how we ought to value and read Scripture in our own cultural environment?

George: The Victorian evangelicals in Spurgeon’s day knew their Bibles well. In fact, one reason Spurgeon often did not include much biblical context in his sermons is because his congregants knew the passages by heart. Remember, there was no television, radio, Internet, or social media. Victorians were extremely literate and took seriously the reading of Scripture.

When compared to Spurgeon’s day, evangelicals in our own context are far less familiar with the stories in Scripture. While there are numerous distractions, like entertainment, that soak up our time alone with God’s Word, I think pastors are also culpable for not doing the hard work of investigating and exegeting the entirety of Scripture. When was the last time, for instance, you heard a sermon on Mephibosheth? When we stop telling younger generations these stories, large chunks of the Bible fall out of fashion, and that’s a tragedy because God included those narratives for a reason.

That’s one of my hopes in publishing The Lost Sermons of C. H. Spurgeon, that it will give us reinvigorated appreciation and love for God’s Word; that it will be a resource both to pastors who want to teach the whole counsel of Scripture and also to the laity who want to become more biblically literate.