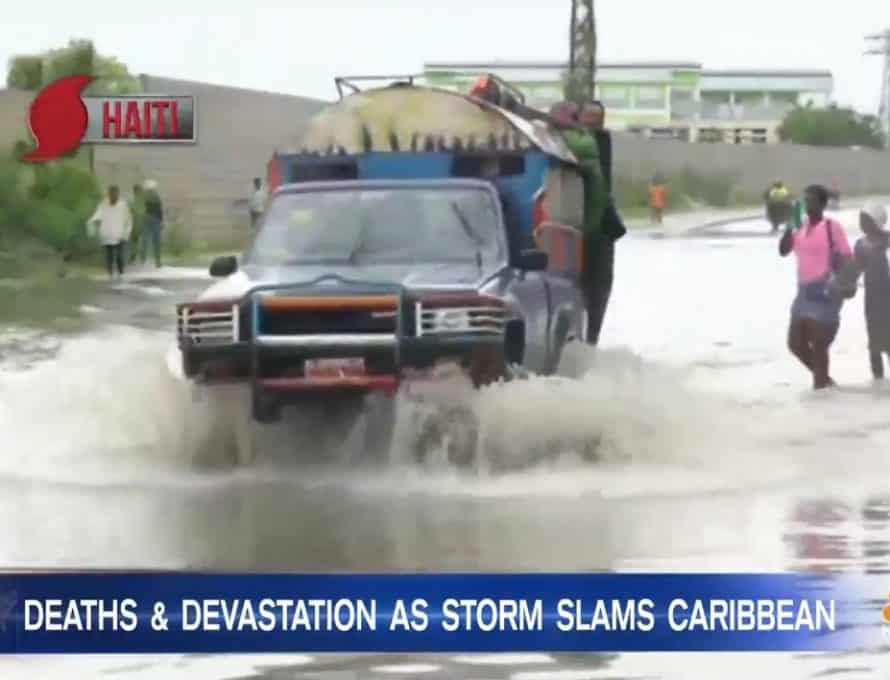 BP Photo The extent of Hurricane Matthew’s devastation in Haiti is not yet known, though at least 10,000 people have sought refuge in shelters.

PORT-AU-PRINCE, Haiti (BP) –Hurricane Matthew wreaked havoc in Haiti and Cuba Oct. 4, destroying homes, fields and businesses and driving thousands from their homes in a part of the Caribbean where many people already struggle day by day just to survive.

Baptist Global Response, a Southern Baptist humanitarian organization, is monitoring the situation in both countries to determine what response might be most appropriate and effective.

Winds of 145 mph lashed Haiti, along with heavy rain and dangerous storm surges, the BBC reported. Communications systems are down in the hardest-hit areas, roads are blocked and the bridge connecting the capital, Port-au-Prince, to the southern part of the country collapsed, making rescue and relief efforts much more difficult.

At least 10,000 people reportedly have taken refuge in shelters.

BGR also is monitoring the situation in Cuba, where damage from the hurricane apparently is not as severe.

The storm has contributed to at least 11 deaths, including five in Haiti, according to weather.com. United Nations relief officials told reporters Haiti is facing the “largest humanitarian event” since a 7.3-magnitude earthquake in 2010, with more than 4 million children in danger from storm-related problems like waterborne disease. The deluge of rain raises the specter of mudslides that would destroy flimsy houses erected on hillsides.

The Northeast is known as a rough part of town. Its buildings are run down, the streets are narrow and full of potholes, and crime is common. It’s home to many different ethnic groups and many more languages. It’s the kind of place that might be especially hard for