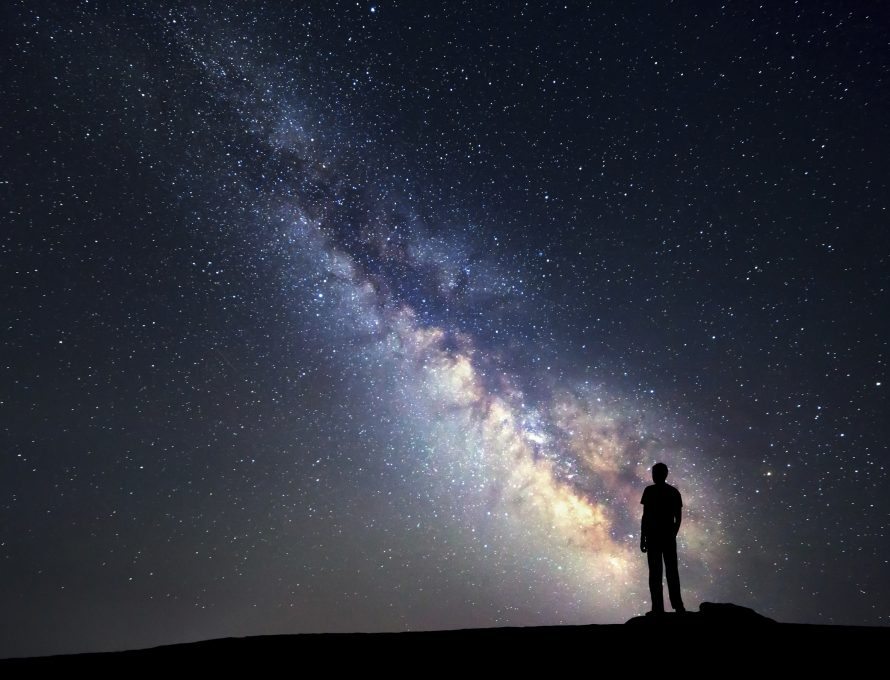 Landscape with Milky Way. Night sky with stars and silhouette of a standing happy man on the mountain.

Williams, interviewed by SBTS President R. Albert Mohler Jr., is commander for Expedition 48 of the International Space Station. The astronaut has spoken at the Louisville, Ky., campus previously and regularly listens to Mohler’s podcast “The Briefing” in orbit.

Williams set the record for the most time spent in space by an American on Aug. 24, passing the 520-day mark set by Scott Kelly. When he returns from orbit after his 172-day mission on Sept. 6, he will set a new standard for an American in space at 534 days, according to NASA’s website.

During the interview, Williams held a microphone and displayed the station’s handheld camera with an 800mm lens, one of the cameras he uses to take his popular high-resolution photos of Earth.

The view is one that only deepens his Christian faith.

“When I look out the window and I see this – all of the elements are what you would imagine you would see with a creative work by an infinite God,” Williams said. “You see the design, you see the beauty, you see the purpose, you see all of those elements, you see order in all the details.”

“It’s one thing to be inside here, look out the window, and view the elements of God’s creation in deep space as well as the planet,” Williams said of spacewalking. “It’s quite another thing to go outside, and now you have set yourself inside this suit that is sustaining your life and you can see through that full-faced visor not only the vastness and the majesty of the globe itself but deep out into space. It just deepens a comprehension, the observation of what we know through Scripture about the amazing creative work of God. It’s an incredibly humbling experience.”