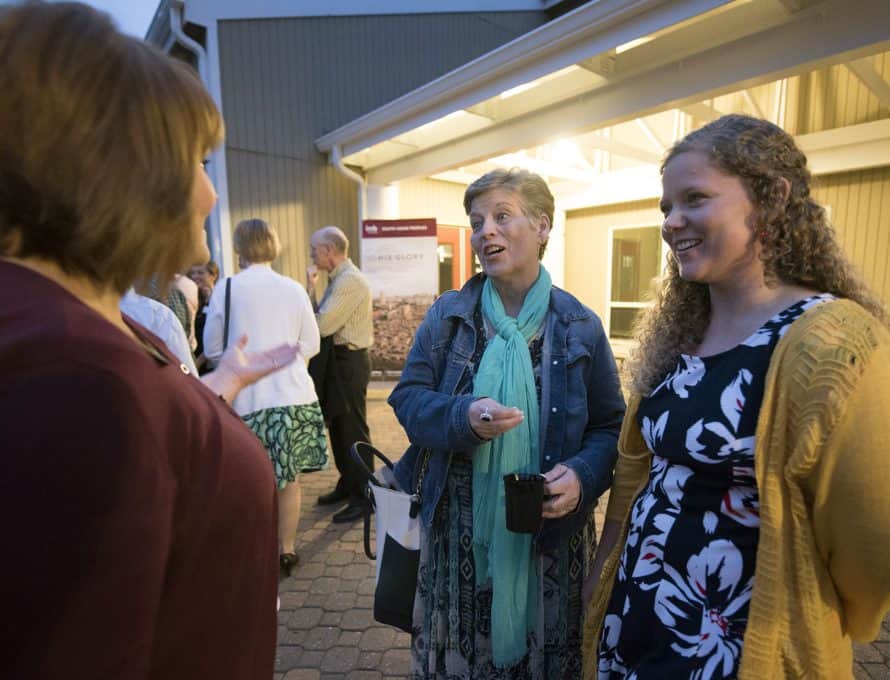 RICHMOND, Va. (BP) – When Holly McMickle arrived at a university in Europe as a Journeyman, the task of sharing the Gospel among so many who’d never heard of Jesus overwhelmed the Georgia native.

“I thought, ‘God, I am just one girl. What can one girl do?'” she recalled during her appointment as an International Mission Board missionary on Tuesday (May 10). “I watched as God moved in the hearts of students, teachers, administrators and families. I learned that it did not matter what one girl can do, it mattered what our God can do.”

McMickle was one of 29 new missionaries appointed during the IMB board of trustees meeting near Richmond, Va. After serving with IMB’s Journeyman program, she is being sent to Eastern Europe. McMickle has noted two home churches — First Baptist Church in Locust Grove, Ga., and First Baptist Church, Alexandria, Va. — that she will lean on for prayer support. The new missionaries shared their testimonies during the service which was simulcast live to allow Southern Baptists to join in the celebration.

Nathan and Tessa Baker recalled a time when they were on mission in Madagascar, sitting under a tree with a team from one their home churches, Southbridge Fellowship in Raleigh, N.C. They listened to a village elder describe how his community had been transformed by Jesus — a Savior hundreds of thousands in Madagascar have never known.

“We are returning to Madagascar … and we pray God will continue to open the doors of salvation to those who have never heard,” Tessa said. “We are so thankful that we are going, as God told Isaiah, ‘to the distant islands that have neither heard my fame nor seen my glory. And they will declare my glory among the nations.'”

The distant lands of the earth, IMB President David Platt noted, are in the news today for all kinds of crises and tragedies. And while believers may want to tell God, “I’ll go wherever you want me to go,” they should consider that “wherever” could mean a dangerous place that causes fear to challenge obedience.

Platt read from Numbers 13. In this Scripture passage, God’s people stood on the brink of the promised land, a land of prosperity and fruitfulness. God had delivered them miraculously from the oppression of slavery. But on the cusp of entering the promised land, the people said, “We can’t do it.”

He noted the attitudes of the Israelites are an example of believers today: They disregarded the goodness of God — His glorious grace. They doubted God’s greatness, magnifying potential problems and minimizing God’s powerful promises. They disobeyed the Word of God, disqualifying themselves from the blessing of God.

“That’s the point of the whole story. Unwillingness to trust God robs the people of God from the blessing of God,” Platt said. “Mark this down. If God is for you, no one can stand against you. If God is against you, you have no hope.”

But there were two other men, Joshua and Caleb, who by contrast, believed the goodness of God, Platt said. They trusted the greatness of God, knowing He was bigger than the daunting obstacles they faced — obstacles they viewed as opportunities. They were confident in God’s presence, and it changed everything. They experienced the blessing of God.

“I exhort you tonight. Believe the goodness of God,” Platt told the appointees. “There will undoubtedly be days that will not be easy … and I exhort you tonight not to lose sight of the grace of God that has brought you to where you are and to trust that He is good. All His promises and His plans for you — though not always easy to understand and sometimes shrouded in mystery — His plans and purposes for you and your family are good. We can trust Him with our lives, we can trust Him with our families. Believe His goodness.”

Ten years ago, God used a trip to show Angela Banks a spiritual darkness she had never seen before. Her response was to tell God, “I will do whatever you want me to do, go wherever you want me to go, and stay where you want me to stay, because for me, to live is Christ and to die is gain,” she said. “Now, I am being sent by First Baptist Church in Canyon, Texas, to the Hausa people in West Africa to see the light of the Gospel push back the darkness.”