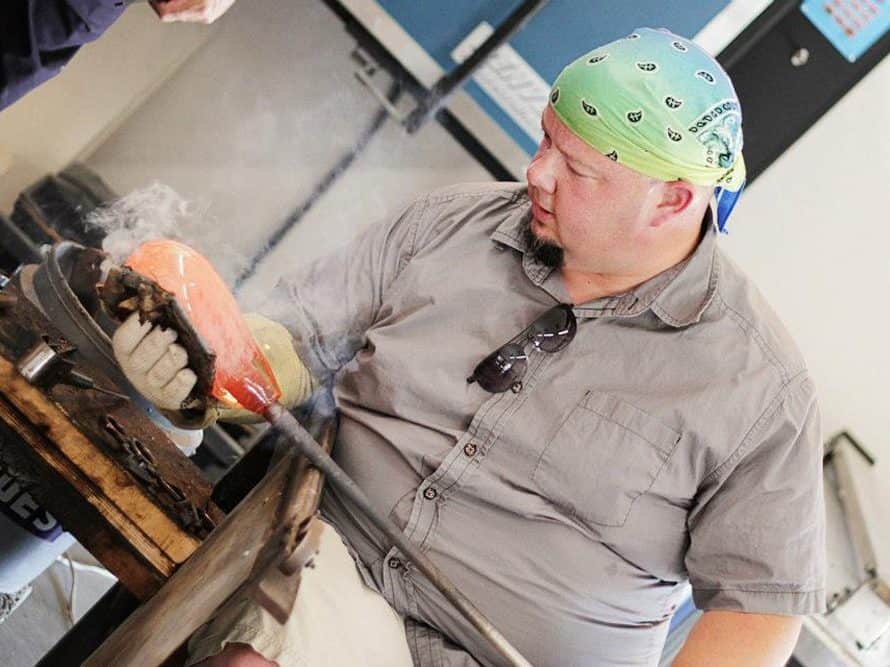 SPRINGFIELD – For Justin Nelson, a lifelong love for music began when Monty Matthews – a member of the Jordanaires, the American quartet known for providing background vocals for Elvis Presley — visited Nelson’s childhood church.

“He heard me singing in church that day,” Nelson said, “and he just encouraged me as a young guy to start singing for the Lord. That kind of was the catalyst for my lifelong love of music.”

Soon Nelson was following Matthews’ advice, with the full support of his local church; by the age of 16, he was even leading worship during church services. In the meantime, he also acted and sang in high school, winning an award at the state level for playing the lead role in Shakespeare’s “Macbeth.”

Then, in his late teenage years, Nelson took a summer opera workshop organized by Springfield Public Schools and led by James Billings, a Grammy-award-winning singer who performed at the New York Metropolitan Opera House for more than 20 years.

This opportunity launched Nelson into the world of professional opera. Participating in the premiere of Billings’ play, “Saint George and the Dragon,” Nelson was among the first to perform at Springfield’s Hammons Hall for the Performing Arts. During roughly five years as a professional musician, he went on to perform at New York’s Carnegie Hall with world-renowned opera singer Roberta Peters. Despite the opportunity to perform in such grand venues, however, Nelson never forgot to honor the Lord.

“I got to witness to a lot of people in the opera world,” he said.

After entering full-time ministry, Nelson put aside his opera career. But, as a pastor at South Creek Church here, he still uses his musical gifts to serve the Lord by leading worship.

According to Nelson, Christians at one time “had the market on science and art and culture.” In recent years, he added, there has been a “resurgence” among Christians who desire to use music and other forms of art to glorify God and declare His beauty.

“God has made music a powerful medium,” he said. “Music is a deep-seated thing, by God’s design. It is powerful in many ways. It can have a huge influence—both for good and for evil.”

Although Nelson has spent much of his life using music for good and for God’s glory, his interest in the arts is not limited to music.

In more recent years, he has taken up glass-blowing—an art form with which he has had a lifelong fascination.

“It’s really a hobby,” Nelson said. However, even through this hobby, he honors God and advances gospel ministry, for example, by doing shows at churches and helping to raise funds for missions.