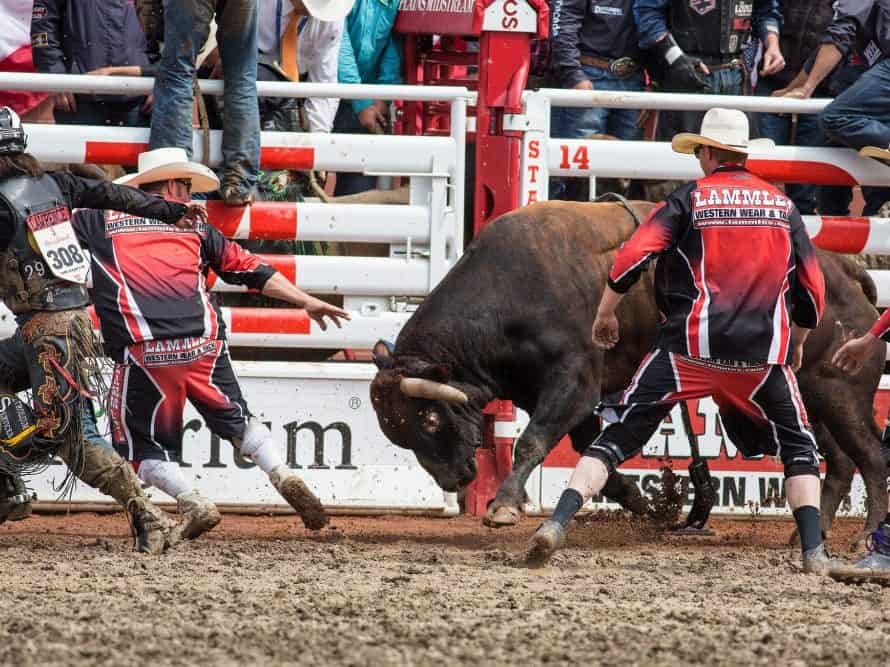 The Calgary Stampede is one of the best rodeos in North America. Randy Frazee writes in Think, Act, Believe Like Jesus that one of the most thrilling events at the rodeo is the Heavy Horse Pull. I couldn’t agree more.

To witness the muscles, the strength, the snorting, and the snap of the bridle is amazing. Seeing and hearing these enormously powerful animals pull a loaded sled is an indescribable experience.

Frazee repeats the story of one of the horses pulling 9,000 pounds, while the nearest competitor pulls 8,000 pounds. Then in a show of absolute might, the owners of the top two draft horses decide to see how much weight could be moved if both horses are harnessed together. Do the math.

The law of synergy says the combined interaction of two or more agents or forces is greater than the sum of their individual effects. It is like saying 1+1 = 3. You’re talking about multiplicative efforts instead of simple addition. “Much more can be done through team effort than can be accomplished solo,” writes Frazee.

That’s what happens when we work together for the gospel. When we team up together in prayer, the Lord has a way of invading our presence. “For where two or three are gathered together in my name, there am I in the midst of them” (Matt. 18:20). When we are on mission with God and there is a lost person with a hardened heart, sometimes it takes entering into a covenant to call out to the Lord with another person(s) before the gospel message pierces the darkness and that person personally embraces the redemption our Lord freely gives.

When organized Disaster Relief units come together to help people in crisis, the power of accomplishment and assistance is amazing. You almost have to see it to believe it. You can also watch the individual who is not part of a trained team wander around without a clue as to what needs to be done next. And I must say it is a little disconcerting to watch certain un-named groups enter a disaster area, have their Kodak moment, then vanish before the sustaining work begins. MBC/SBC teams stay on the ground together until the job list is completed.

When it comes to synergy, no one does it quite like Southern Baptists. Very few of our churches could begin to sustain even one missionary family to an unreached people group much less an army of missionaries scattered throughout the world. However, synergistically, cooperatively, Southern Baptists do so every time they give an offering to their local church. How? A portion of their local church offering is sent forward to the Cooperative Program.

The Cooperative Program is not a one-time initiative to accomplish one project such as digging a well in an arid location so the gospel can be shared. CP is the pipeline of mission support to take the gospel here and to the ends of the earth. It is the way we reach this generation and the next and the next.

How many churches have the financial resources to build and sustain a world-class institution of higher learning or a ministry to children and families that includes crisis pregnancy care, foster care, adoption services and care for sexually exploited women and children? Very few, but together we can make an impact on children for many generations.

The secret is synergistically working for the sake of the gospel. Everyone has a part to play. Everyone had unique giftedness to make a divine contribution to the work of the gospel in the local church and to the incredible ministries built and supported by Missouri Southern Baptists.

Frazee makes the point that Millennials (born 1980-2000) are the least religious, yet they also deeply value service to others by working together. This generational demographic is highly visual. Could it be that as they begin to see the power of synergy at work, they will become the most powerful generational supporters of the Cooperative Program? Let’s invite everyone to join the journey.