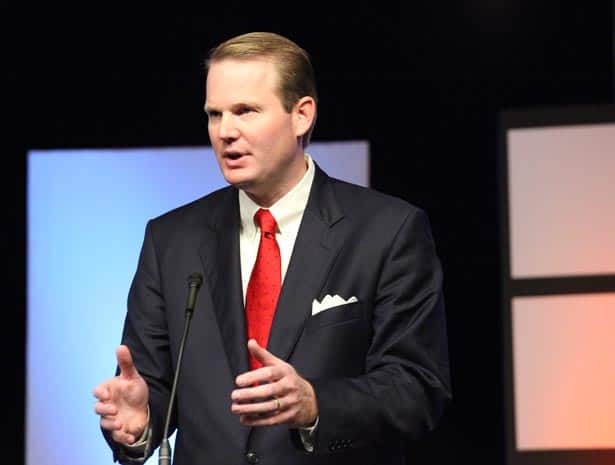 JEFFERSON CITY – For 11 years Missouri lawmakers and citizens have gathered together at 9 a.m., at Concord Baptist Church here on the first day of each new legislative year to pray, asking for God’s favor for Missouri government leaders and invoking thanks to God for His blessings on the people of Missouri. They will gather once again Jan. 6 to continue what has become an annual tradition in the state capital.

The non-partisan, non-political event has drawn an array of government leaders through the years, including Governors Matt Blunt and Jay Nixon, Lt. Gov. Peter Kinder, justices of the Missouri Supreme Court and members from both houses of the Missouri General Assembly, including the Speaker of the House and the President pro tem of the Senate.

“It is first and foremost a worship service in which we gather to exalt the King of Kings and Lord of Lords, Jesus Christ,” said Pathway Editor Don Hinkle and director of public policy for the Missouri Baptist Convention, which sponsors the event along with its Christian Life Commission and Concord Baptist Church. “Romans 13 says we must submit to the governing authorities for there is no authority except from God and those that exist are instituted by God. So it is appropriate that we gather to ask God to provide our government authorities with wisdom so that they may fulfill their God-ordained duty in a God-honoring way. We also want to thank God and praise Him for the many blessings he has bestowed on the people of Missouri,” Hinkle said.

Jason Allen, president, Midwestern Baptist Theological Seminary in Kansas City, will be the featured speaker for the service. The opening prayer will be offered by Monte Shinkle, pastor, Concord Baptist Church here, while the benediction will be offered by John Battaglia, Missouri State Director, Capitol Commission. Mark Meyers, Concord’s minister of music, will lead the service’s music.

The event is free and open to the public.