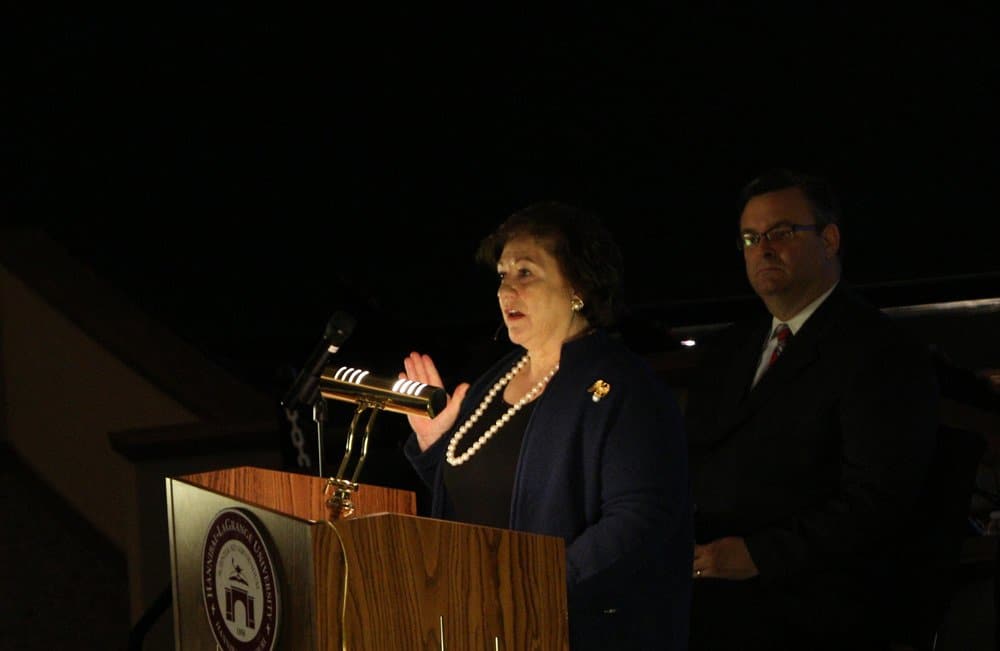 “There is hardly a single issue facing the nation today that is not critically important to Baptist women; unless forces are put into place to halt the so-called ‘progressive’ agenda’s rampant spread throughout the nation, all of us are in for some rough days ahead,” said Janice Shaw Crouse, Ph.D., executive director and senior fellow at The Beverly LaHaye Institute, the think tank for CWA. Crouse is a featured speaker at the annual Worldview Conference, April 14, 2016.

Crouse is an internationally renowned speaker, author, columnist and commentator. She has been named a “Woman of the Year” three times, has been an official United States delegate to the United Nations twice and served as a presidential speechwriter for President George H.W. Bush. She also serves this year as executive director for the World Congress of Families IX, a premier global gathering of parents, youth, lawmakers, scholars, religious leaders, and advocates united to support the natural family.

I see what’s happening in our culture where young people are delaying marriage – but not delaying sex… The social science research is very clear and unequivocal about the benefits of marriage for women, children and men. – Janice Crouse

With her academic and political background, Crouse emerged as the perfect candidate to launch The Beverly LaHaye Institute in 1999.

“The paths of my past merged seamlessly into the work God had for me at CWA,” she said.

As an author, Crouse’s most recent books, Children at Risk (2010) and Marriage Matters (2012), focus on the problems associated with the breakdown of marriage.

“I have written dozens of articles about marriage,” Crouse said, “because I see what’s happening in our culture where young people are delaying marriage – but not delaying sex – and where no-fault divorce is destroying homes too often on a mere whim. The social science research is very clear and unequivocal about the benefits of marriage for women, children and men. Further, history is very clear about the importance of marriage for communities and nations.”

Crouse said she is a huge proponent of events like the Worldview Conference because of the need for people to educate themselves against the forces that assault Christians today from every direction.

“Our culture is increasingly less friendly to Christians,” she said. “Plus, the coarse, vulgar and obscene aspects of culture are becoming more pervasive every week. I am challenged to help people learn how to be armed against evil influences and to prepare, especially young people, to handle … challenges that today’s living requires for those of us committed to living according to biblical principles.”

In addition, Crouse said that there is strength in believers gathering together and encouraging each other in the middle of spiritual warfare.

“Christ himself instructed us to ‘not forsake’ coming together with fellow believers,” she said. “I think that includes learning from each other and being inspired by others to continue the good fight.”