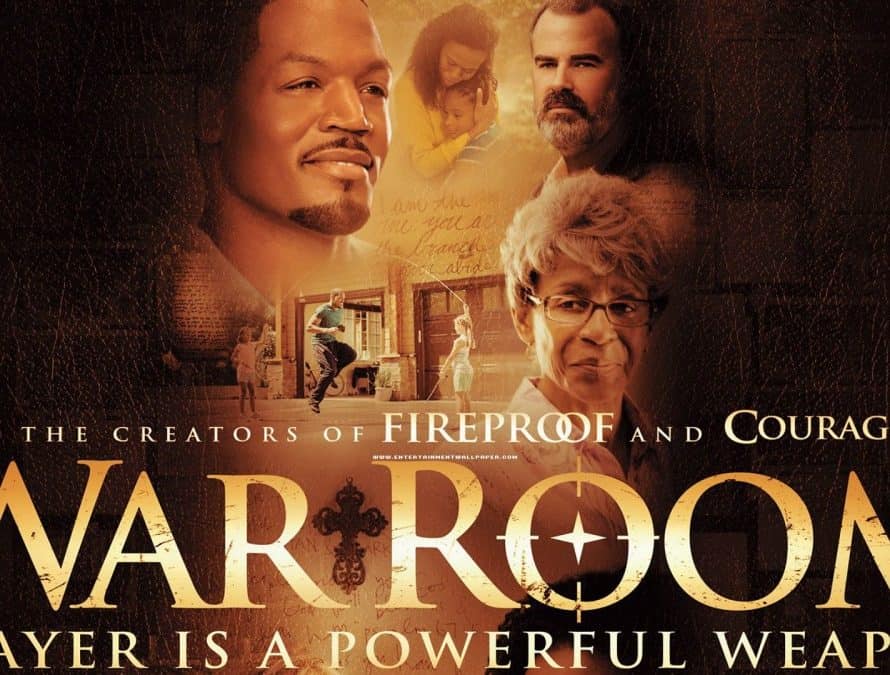 Settling into my seat with my tub of popcorn and a Diet Pepsi that cost roughly half a mortgage payment, I expected “War Room” to be to an affirming, charming movie with a solidly biblical worldview. Confession: Though I respect the aims of “God’s Not Dead,” “Son of God,” “Fireproof” and the like, I thought they failed at being entertaining movies. I expected some stiff acting from “War Room,” and an admirable but predictable moral; I expected to give it a hearty “Meh.” What I didn’t expect was a surprisingly funny and well-done movie that holds up well enough against the explosions and spectacle in the theaters next door. When it was over, I walked to the car feeling like I’d seen a “real” movie.

As you might guess, “War Room” is about spiritual warfare and the power of prayer. Our principle conflict is between sparring husband and wife Elizabeth (Priscilla Shirer) and Tony (T.C. Stallings). Tony has a wandering eye and is tiptoeing dangerously close to killing his marriage with indifference. Elizabeth is tired and not sure Tony and their marriage are worth saving anyway. Neither of them is being a great parent to their ridiculously adorable daughter and double-dutch enthusiast, Danielle (Alena Pitts).

Elizabeth and Tony’s battle is predictable, but true enough to that which couples may be facing (pro tip: if you get into an argument with your wife as I did en route to the theater, prepare for a double dose of conviction). As you might suspect, God answers the couples’ prayers, but not necessarily in the way I was immediately expecting, or as tidy. Give the Kendrick brothers’ credit: they got creative and threw some wildcards into the mix.

But as refreshing as that was, it doesn’t hold a candle to the humor the Brothers Kendrick wove into the script. As a neutral observer, Danielle gets to be some gentle comic relief as we observe her parents’ conflict. She is never rude or mean, but her facial expressions legitimately had me laughing out loud more than several mainstream comedies I’ve seen this year. The real MVP though is Miss Clara (Karen Abercrombie). A sassy widower who tips the young man mowing her yard because he has a nice haircut and his pants are pulled up around his waist, Miss Clara is the warrior of the titular war room. When she isn’t lifting prayers to heaven, she’s rattling off rapid-fire, tell-it-like-it-is missives that leave you giggling. I’d say she was too cartoonish if I hadn’t met seasoned prayer warriors exactly like her. If you don’t enjoy listening to Miss Clara describe her favorite ice cream, lament her lack of a smart phone or tell off a would-be mugger, you’re just too uptight.

Some might take issue with the movie’s on-the-nose message. It’s possible to argue it treats prayer and God’s providence like a magic genie. If you want to see “War Room” in that way, you will. If you’ve ever seen God answer your prayers in a miraculous way, you’ll see exactly what the film is going for. This isn’t an evangelistic film; this is to wake up the sleeping giants in our churches. The movie closes with the familiar verse from 2 Chronicles 7: “If My people who are called by My name humble themselves, pray and seek My face, and turn from their evil ways, then I will hear from heaven, forgive their sin, and heal their land.”

Predictably, main stream critics aren’t impressed, calling it “ham fisted,” “preachy,” and “over the top.” On the movie review aggregator site Rotten Tomatoes, only 25 percent of reviewers enjoyed it. On the other hand, 91 percent of “average Joes” who saw it recommend it. I’m in the 91 percent. I’m guessing you will be, too.

And you won’t be alone, apparently. “War Room” grossed $11 million on its opening weekend, more than earning back its $3 million budget. Variety reported that industry insiders were thinking it might bring in closer to $4 million, underestimating the draw wholesome, faith-based movies have. “These are the kind of outlier events that happen and wake everyone up to the fact that faith-based audiences are passionate and looking for content,” Paul Dergarabedian, senior media analyst at Rentrak, told the magazine.

The Kendricks are making remarkable strides with each new movie they put out. They’re not putting out perfect movies yet; of all things, “War Room” has far too much jump rope and they have a tendency to stop the movie to hammer home their point. However, they’re learning from their mistakes and are not content to rest on their laurels. The acting is better, the direction is better, the production values are better, and most of all, the script is better. With “War Room,” they have set a new high bar for “Christian” movies.