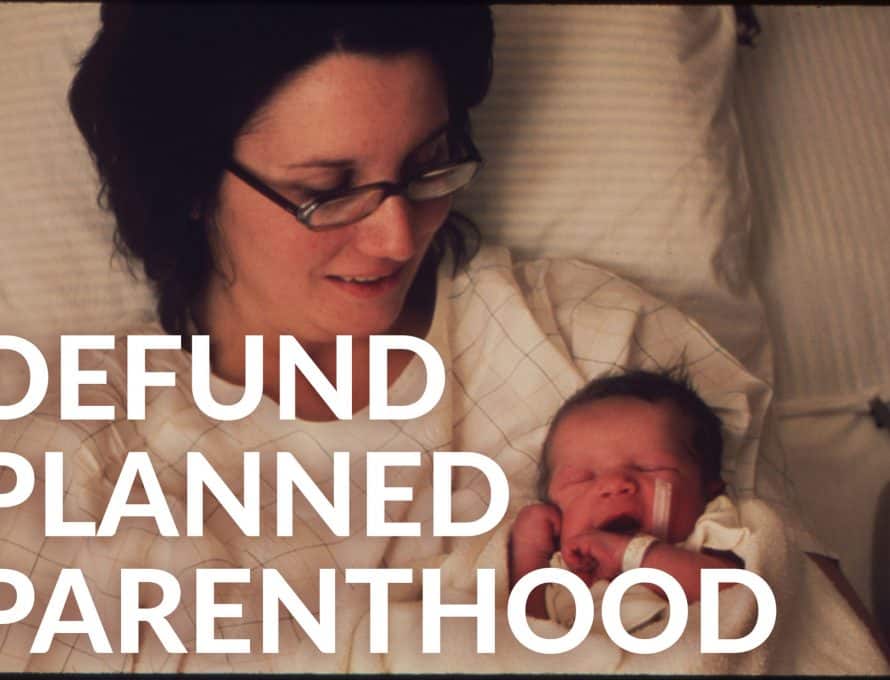 WASHINGTON, D.C. (Life News) – The Charlotte Lozier Institute, the education arm of the Susan B. Anthony List, and Alliance Defending Freedom released a map showing the thousands of health care clinics in the United States that offer legitimate health care to women. The Daily Signal reports that the two pro-life organizations contend that there are many health care centers that should receive federal funding instead of Planned Parenthood.

As LifeNews previously reported, in July, five videos were released by The Center for Medical Progress showing Planned Parenthood’s top executives haggling over the price of aborted babies’ body parts, admitting to altering abortion procedures to procure marketable organs for harvesting and casually discussing ways their doctors can “crush” unborn babies to obtain fully intact parts. Unbelievably, one Planned Parenthood director even jokes about using the money she receives from selling aborted babies to buy a Lamborghini.

Then, in the sixth and seventh videos, former phlebotomist Holly O’Donnell explains how Planned Parenthood worked with Stem Express, the organ harvesting company that bought the fetal “tissue” from Planned Parenthood, to procure body parts and pressured patients into “donating” their aborted babies to research. She also told the story of one baby whose brain was harvested event though the baby’s heart was still beating.

Even though the scandal exposed more of Planned Parenthood’s true agenda, there are lawmakers who still believe they deserve government funding because of the other services they provide, such as referring women for mammograms and STD testing. However, the truth is there are countless other clinics in our country that provide those services that don’t dismember babies and sell their body parts to the highest bidder.

Casey Mattox, senior counsel at Alliance Defending Freedom (ADF) explained, “What these graphics put into pictures is what the data has been telling us for a long time. Planned Parenthood is really a small part of the national health care picture in America.” He added that if Planned Parenthood’s funding “went away tomorrow,” the money “would be better used by community health centers and other places around the country that can provide a fuller range of services to women without the ethical challenges that Planned Parenthood presents.”

Furthermore, some of these health care clinics actually offer cancer screenings that include mammograms and ultrasounds. In fact, the U.S. Food and Drug Administration (FDA) reports that there are 8,735 licensed mammography facilities in America but Planned Parenthood operates none of them. You can view the FDA list by clicking here.

ADF and the Charlotte Lozier Institute reported that there are 13,540 clinics providing whole-woman healthcare in the United States versus the 665 Planned Parenthood facilities. These centers serve all types of women, including those who are homeless, uninsured, and living in poverty. However, Planned Parenthood’s supporters argue that these centers can’t provide the variety of services the abortion company can.

Sara Rosenbaum, a professor at George Washington University said, “The notion that you could literally overnight defund providers serving a couple million people and think that health centers—even if they’re right nearby, which is not always the case—could just magically absorb patients, I think shows an astounding naivety in healthcare. You can map all you want and the fact of the matter is health centers are not magicians and health care doesn’t work this way.” Rosenbaum also told The Daily Signal that ending Planned Parenthood funding would create an immediate health care access crisis for millions of women.

Earlier this month, Senate Democrats defeated a bill to defund Planned Parenthood; but thankfully, states in the U.S. have taken matters into their own hands and opened investigations into the abortion giant. In fact, a total of 12 states have launched investigations into Planned Parenthood including Florida, Tennessee, South Carolina, Massachusetts, Kansas, Missouri, Arizona, Indiana, Ohio, Georgia, Texas and Louisiana.

Also, earlier this month, Utah became the fifth state to cut off state funding of the abortion business by ending its contract with Planned Parenthood for services to residents covered by Medicaid. Utah follows Arkansas, Alabama, Louisiana, and New Hampshire.