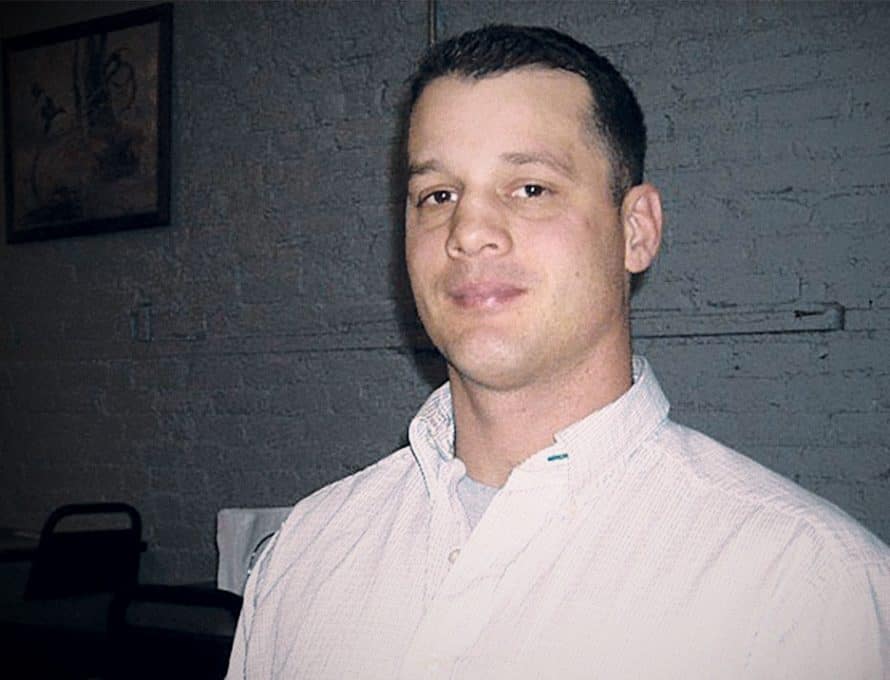 WAYLAND — Jeff Boyd doesn’t see his ministry as doing much for God. But he has seen trucker attitudes change when he can engage them in spiritual conversation.

Boyd, a member of Southern Baptist Fellowship Church in Wayland, loads and unloads trucks and loads acid in railroad cars for Climax in Keokuk, Iowa, which produces molybdenum products for other metal manufacturers.

He had put a Gideon’s bible on a table in the truck driver’s lounge some six years ago. One day it was gone and a nervous, anxious truck driver came to him asking for the Bible where the front pages had specific help verses.

“I got a Bible out of my locker and gave it to him. From that point on, I always make sure I leave a Bible on the table. He needed it bad. He was stressed, scared,” Boyd said. “I haven’t seen that driver much after that. I always wondered what happened to him.”

Boyd then put a note by the bible in the trucker’s lounge, offering it to anyone who needed a bible. He donated to the Gideon’s and got other Bibles to give out and also used some “Find it Here” New Testaments, provided several years ago by the MBC to Missouri churches.

“One older black man was told he would have to wait and I asked if he had any books. He had a bible in his truck. He saw my kid’s pictures on my locker and said ‘you have a lot of responsibility,’ and showed me in the Bible my responsibility,” he said.

More than a half-a-dozen Bibles have been taken by truckers from the lounge table, and Boyd has given others away from his locker.

A trucker from Sierra Leone named Jonah came to a different part of the factory.

“He was tired and not in the best of moods. I got him talking and told him he’d be there a while. He said he had several books, but his best one is the Bible. That opened things up,” Boyd said. The man told Boyd: “I could tell you were different. I was not in a good mood and you welcomed me.”

“We exchanged phone numbers. He and I talk about once a month. We pray for each other.”

Boyd says he always gives one “potshot” to departing truckers, especially ones he doesn’t get to visit with much: “Take care. God Bless.”

“With Spanish-speaking truck drivers I learned ‘Vaya Con Dios.’ They think it is funny a gringo like me tells them ‘Go with God’ (the translation of Vaya Con Dios).”

Boyd see it as part of his Christian duty to leave Bibles out. “We know we are supposed to spread God’s word. If I had not been there he (the first man) would not have been able to look up what he needed,” Boyd said.

“I need to get braver (in sharing my faith). I ask if they have ever been here before. Ninety percent of them have not been here,” he said.

Boyd learned recently that Ombaa’s (pronounced OM-bay) wife with a young baby was undergoing chemotherapy for breast cancer. I offered to pray for him, and he said he’d pray for my wife (Andrea, who has back problems). No one must talk to them at some of the other places. He’s foreign, that may be part of it.”

“Most places are rude, and not nice. I noticed you are different,” Boyd recalled Ombaa saying. “We shake hands and ask about our families. He points to the ceiling and said, ‘You know the best Doctor.’ His wife is doing well.”

Another trucker told how he came to Christ in his truck after a drug overdose.

“Not all the truckers are Christians. Some pick the Bible up – you never dream they would by their appearance. You can’t judge. Some just pick up the Bible and read it (while they wait) in the lounge,” Boyd said.