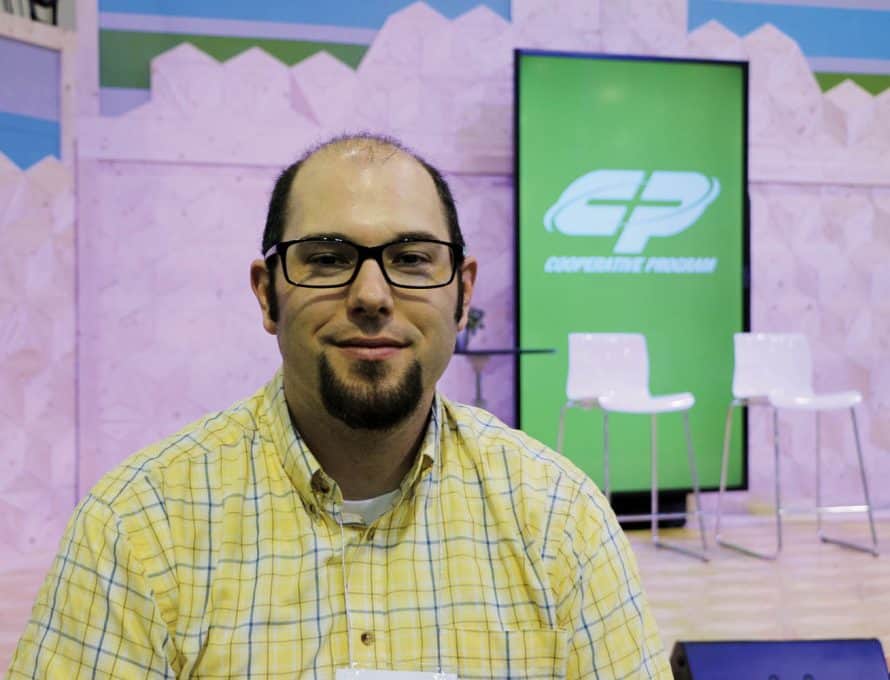 Kerr, a young associate pastor of music and education at First Baptist Church, Fulton, dubbed the event as one of the most meaningful and positive interactions he has yet experienced in Southern Baptist life.

The evening of prayer highlighted the church’s need for revival and called Southern Baptists to a visible unity in prayer for Great Awakening. The evening highlighted what Kerr believes to be the ultimate purpose of the SBC and the Cooperative Program—working together to glorify and draw people to Christ.

A Baptist by conviction, Kerr believes that every local church submits directly to the authority of Jesus Christ and should answer to no one else—whether pope, council, presbytery, or denomination. But through the Cooperative Program churches come together for “the goal of reaching people for Christ.”

“I am a big fan of the Cooperative Program because of that,” Kerr said. “I think it is a good picture of the church, of the body of Christ working together. … We can do more together than we ever could separately.”

According to Kerr, these convictions about the CP are strengthened by his non-Baptist background. As a child, he was raised in Methodist and Presbyterian churches. He saw firsthand how difficult it could be for individual churches in these denominations to remain faithful to Scripture when their denominations turned away from biblical teaching. One of the churches had to fight to keep their building, which was on land owned by the denomination.

It was only after Kerr became a student at Hannibal-LaGrange University in Northeast Missouri that he became convinced about the need for believer’s baptism and a regenerate church. As he learned more about Southern Baptist history, he learned that, during the Conservative Resurgence, Southern Baptists fought to stay true to Scripture when other denominations were abandoning their faithfulness to God’s Word.

“I’ve been part of (a denomination) that goes the wrong way,” Kerr said. This is why he wants to take part in SBC annual meetings—to see where the convention is, where it is going, and to encourage biblical fidelity.

And nothing could inspire loyalty to God and His Word better than another Great Awakening.

Tim Clark took a deep breath and dove underwater. He came up, took a breath, and swam – fas