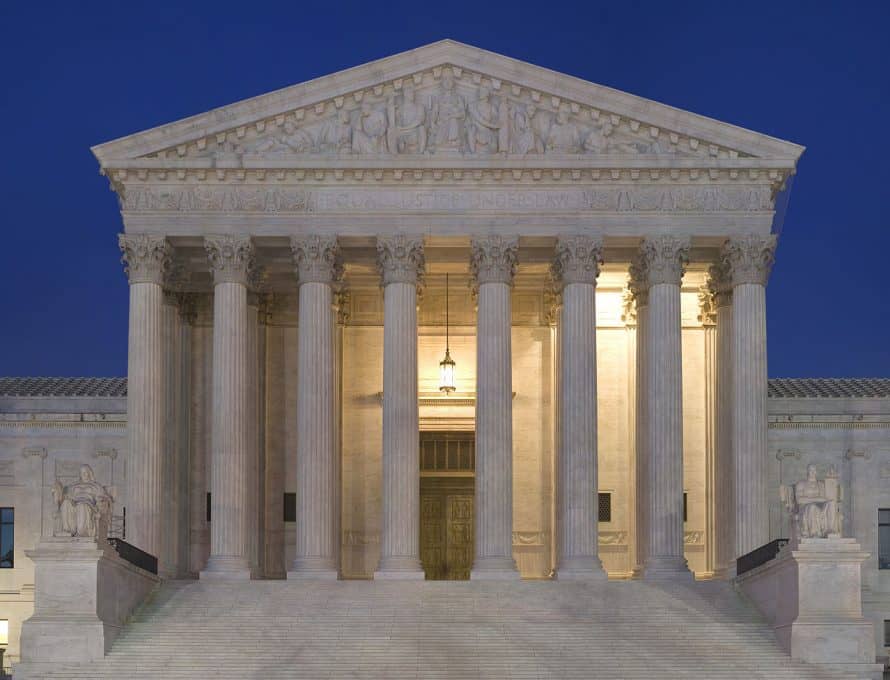 WASHINGTON — In a 5-4 decision, the U.S. Supreme Court today redefined marriage, ruling that same-sex couples may now marry in all 50 states. The ruling overrides Missouri’s Constitution which defines marriage as being only between a man and a woman.

Reaction from religious leaders and supporters of traditional marriage was swift.

Don Hinkle, Pathway editor and director of public policy for the Missouri Baptist Convention called the decision “a travesty. Marriage is not even mentioned in our Constitution and yet five unelected judges have placed themselves above the people and God,” he said. “This decision is a threat to democracy and makes a mockery of God’s ordained purpose for marriage and human flourishing. This is a dark day in our nation’s history. As Christians, we have no choice but to do as the Apostle Peter said, we must obey God rather than men.” 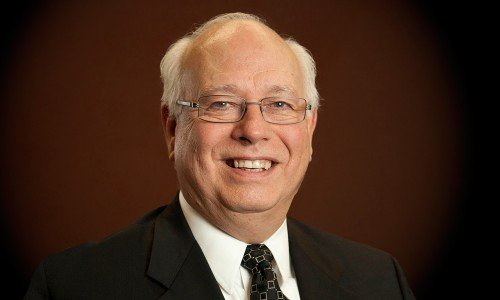 “The Supreme Court’s decision today to mandate so-called same-sex “marriage” on all 50 states is a reckless ruling that will have a devastating impact on the future of our nation.  This abusive ruling conveys sneering contempt for Missouri voters, as well as citizens in countless other states who voted overwhelmingly to preserve the institution of marriage in their state constitutions,” he said.

“This disgraceful decision is the latest, most evident sign of the moral bankruptcy of the U.S. Government, the moral corruption of its leaders, the vile decadence of American culture and society, and the growing Godlessness of the American people.

“As a result of this atrocious ruling, God’s design for marriage and the family has now been fully perverted, and the sacred institution of marriage has been legally transformed into an abomination.  The abomination that causes desolation to a nation has now taken hold, and unless our nation reverses its course, America will continue to rot from within.

“While the Supreme Court’s unfortunate decision means that the federal judiciary will force the states to make marriage something that it’s not, society’s discussion about the future of marriage isn’t over, said a statement from the Alliance Defending Freedom, which is one of a plethora or organizations who filed legal briefs in the case defending traditional marriage.

“Alliance Defending Freedom remains committed to promoting the truth about marriage. We also remain committed to defending the religious freedom of people who believe in marriage as the union of one man and one woman. Those individuals are being targeted, their livelihoods are being threatened, and they are even being ordered to attend government-run ‘reeducation’ programs all because they refuse to promote or participate in something that conflicts with their conscience.”
Southern Baptist  Theological Seminary President Al Mohler said the Supreme Court will have to answer for their decision to more than the American people.

“The Supreme Court of the United States is the highest court in the land, and its decisions cannot be appealed to a higher court of law. But the Supreme Court, like every human institution and individual, will eventually face two higher courts. The first is the court of history, which will render a judgment that I believe will embarrass this court and reveal its dangerous trajectory. The precedents and arguments set forth in this decision cannot be limited to the right of same-sex couples to marry. If individual autonomy and equal protection mean that same-sex couples cannot be denied what is now defined as a fundamental right of marriage, then others will arrive to make the same argument. This Court will find itself in a trap of its own making, and one that will bring great harm to this nation and its families. The second court we all must face is the court of divine judgment. For centuries, marriage ceremonies in the English-speaking world have included the admonition that what God has put together, no human being – or human court – should tear asunder. That is exactly what the Supreme Court of the United States has now done.

“The threat to religious liberty represented by this decision is clear, present, and inevitable. Assurances to the contrary, the majority in this decision has placed every religious institution in legal jeopardy if that institution intends to uphold its theological convictions limiting marriage to the union of a man and a woman. This threat is extended to every religious citizen or congregation that would uphold the convictions held by believers for millennia.

“In that sense, everything has now changed. The highest court of the land has redefined marriage. Those who cannot accept this redefinition of marriage as a matter of morality and ultimate truth, must acknowledge that the laws of this nation concerning marriage will indeed be defined against our will. We must acknowledge the authority of the Supreme Court in maters of law. Christians must be committed to be good citizens and good neighbors, even as we cannot accept this redefinition of marriage in our churches and in our lives.”

While all legal observers agree that no church or denomination will be forced to marry same-sex couples, it is less clear the future fate of religious institutions who receive some type of government funding and on business owners who object to same-sex marriages because of their faith and want to run their businesses accordingly. Future legal battles over these issues are likely.

CMA Chief Executive Officer Dr. David Stevens noted, “The Court in effect decided that sexual preference trumps the democratic process and the moral convictions expressed by millions of American voters. That spells trouble for anyone who disagrees with the government’s new ideology.

“This administration and others may well use the Court’s ruling as an occasion to ramp up its drive to enforce ideological conformity, as it is requiring already in federal grantsprograms. Discrimination against dissenters could easily include physicians who, on the basis of professional expertise or ethical convictions, counsel their patients to save sex for natural marriage, or teach about the health risks of same-sex activity, or decline to recommend a same-sex couple for adopting children.

“Congress once again needs to protect our First Amendment freedoms of thought and belief, by quickly passing legislation to protect conscientious dissenters from discrimination regarding marriage. We urgently need to pass the federal First Amendment Defense Act.”

Southern Baptist reaction poured in as the decision was reported.

“As Christians, our belief is that marriage is ordained by God in the scriptures at the beginning, and only between a man and a woman. Government didn’t create marriage, and therefore shouldn’t change the definition of marriage, nor force it upon those who do not wish to participate in it,” the Georgia Baptist Convention said in a news release.

Russell Moore, president of the Ethics & Religious Liberty Commission of the Southern Baptist Convention, assembled a broad coalition of evangelical leaders to oppose the Supreme Court’s decision to legalize same-sex marriage in a joint statement.

The statement, titled, “Here We Stand: An Evangelical Declaration on Marriage,” begins with a rebuke of the Court’s decision:

“As evangelical Christians, we dissent from the court’s ruling that redefines marriage. The state did not create the family, and should not try to recreate the family in its own image,” the leaders wrote. “We will not capitulate on marriage because biblical authority requires that we cannot. The Supreme Court’s actions pose incalculable risks to an already volatile social fabric by alienating those whose beliefs about marriage are motivated by deep biblical convictions and concern for the common good.”

In the statement, the leaders suggest that the Court’s ruling is part of a negative trajectory on marriage and “represents an aftermath that evangelicals themselves, sadly, are not guiltless in contributing to. Too often, professing evangelicals have failed to model the ideals we so dearly cherish and believe are central to gospel proclamation.”

The statement recommends six points of engagement by the church:

•    respect and pray for our governing authorities even as we work through the democratic process to rebuild a culture of marriage (Rom. 13:1-7);
•    teach the truth about biblical marriage in a way that brings healing to a sexually broken culture;
•    affirm the biblical mandate that all persons, including LGBT persons, are created in the image of God and deserve dignity and respect;
•    love our neighbors regardless of whatever disagreements arise as a result of conflicting beliefs about marriage;
•    live respectfully and civilly alongside those who may disagree with us for the sake of the common good;
•    cultivate a common culture of religious liberty that allows the freedom to live and believe differently to prosper.

Leaders closed the letter by pledging to “stand steadfastly, faithfully witnessing to the biblical teaching that marriage is the chief cornerstone of society, designed to unite men, women and children.”

“We promise to proclaim and live this truth at all costs, with convictions that are communicated with kindness and love.”

The full statement and list of signatories is available online.

The National Organization for Marriage blasted the court’s ruling and called for four points of action:

Today’s decision is by no means the final word concerning the definition of marriage; indeed it is only the beginning of the next phase in the struggle. NOM is committed to reversing this ruling over the long term and ameliorating it over the short term.

1.    We call on Congress and state governments to move immediately to protect the rights of people who believe in the truth of marriage from being discriminated against by passing the First Amendment Defense Act through Congress, and similar legislation in the various states.

2.    We also call on Congress to advance to the states for consideration a proposed constitutional amendment defining marriage in the law as it has existed in reality for the entirety of our nation’s existence – the union of one man and one woman.

3.    We call on the American people to make the definition of marriage a pivotal issue in the 2016 presidential contest and to elect a president who will be a true champion for marriage, one who is committed to taking specific steps to restoring true marriage in the law including appointing new justices to the Supreme Court who will have the opportunity to reverse this decision.

4.    NOM will work tirelessly along with allies to help change the culture so that Americans have a better understanding of the importance of marriage to children, families and society as a whole.