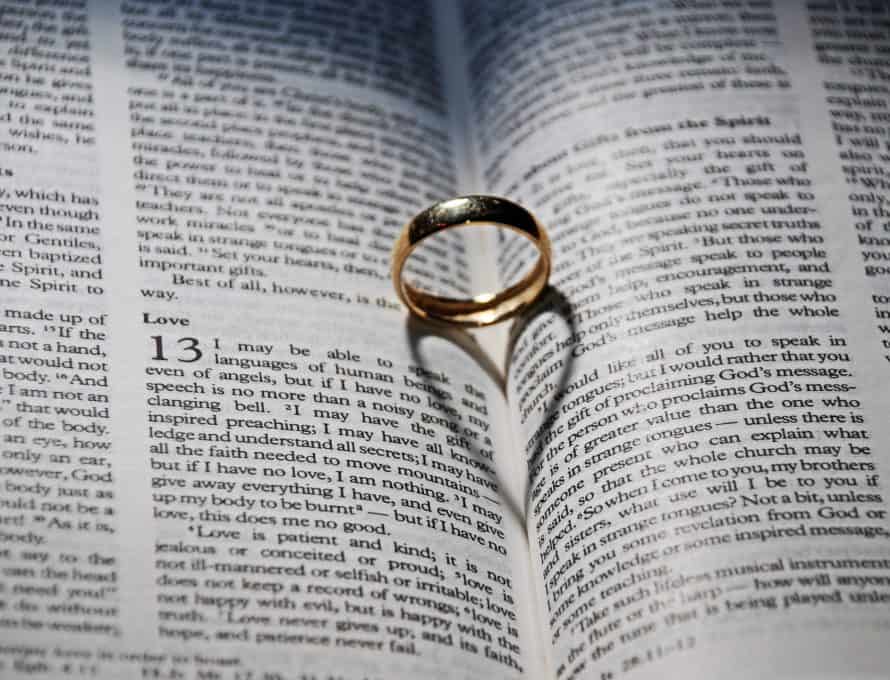 NASHVILLE  – About half of Americans are ready for separation of church and state when it comes to weddings.

Six in 10 say the government should not define or regulate marriage.

And more than a third of Americans—and about a quarter of Protestant pastors—say clergy should get out of the civil marriage business.

Those are among the findings of two new studies from Nashville-based LifeWay Research.

“In many countries,” he said, “there’s a split between civil marriage and religious marriage. In the United States, those two aspects have been combined. That’s led to some tension, as American views about marriage change. “

“Christians tend to see marriage as a sacred covenant between God, the church, and the couple being married,” he said. “Many others see marriage as a contract that ties the couple together in the eyes of the state. It appears Americans are divided on how to reconcile these differences.”

Researchers asked 2,000 Americans and 1,000 Protestant senior pastors about their views on civil and religious marriage in surveys conducted Sept. 11 to Oct. 5.

LifeWay Research found Americans are skeptical about the government’s role in marriage.

Six in 10 (59 percent) disagree with the statement, “Marriage should be defined and regulated by the state.” About a third (36 percent) agree. Five percent are not sure.

Those who identify as Christians (37 percent) are more likely to agree than the nonreligious (30 percent.) Evangelicals are less likely to disagree (55 percent).

About half of Americans favor a split between civil and religious marriage.

Forty-nine percent agree with the statement, “Religious weddings should not be connected to the state’s definition and recognition of marriage.” About four in 10 (41 percent) disagree. Ten percent are not sure.

LifeWay Researchers found many Protestant senior pastors are hesitant to give up on performing civil weddings.

In the United States, most clergy are allowed to solemnize a wedding by signing a marriage license. This act makes the marriage legally binding.

Now that an increasing number of states allow same-sex marriage, some clergy are wary of performing the civil half of their wedding duties.

Hundreds of pastors have signed a new online pledge at the conservative magazine First Things, saying they will no longer sign marriage licenses.

But a strong majority of pastors believe clergy still have a role to play in civil marriage.

Seven in 10 (71 percent) disagree with the statement, “Clergy should no longer be involved in the state’s licensing of marriage.” About a quarter (24 percent) agree.

Americans show less support for clergy performing civil marriages. About a third (36 percent) agree with the statement, “Clergy should no longer be involved in the state’s licensing of marriage.” Half (53 percent) disagree, while one in 10 (11 percent) are not sure.

Stetzer said despite the tension over the meaning of marriage, there seems to be “limited support” for the idea that clergy should stop being agents of the state during weddings.

“It’s the size of the minority view, among pastors and Americans, that surprises me –  a noteworthy number are ready for pastors to stop saying, ‘By the power vested in me by the state…’ during a church wedding,” he said. “Because this is the first time the question has been asked, we don’t know if the view is growing, but it certainly is worth noticing.”