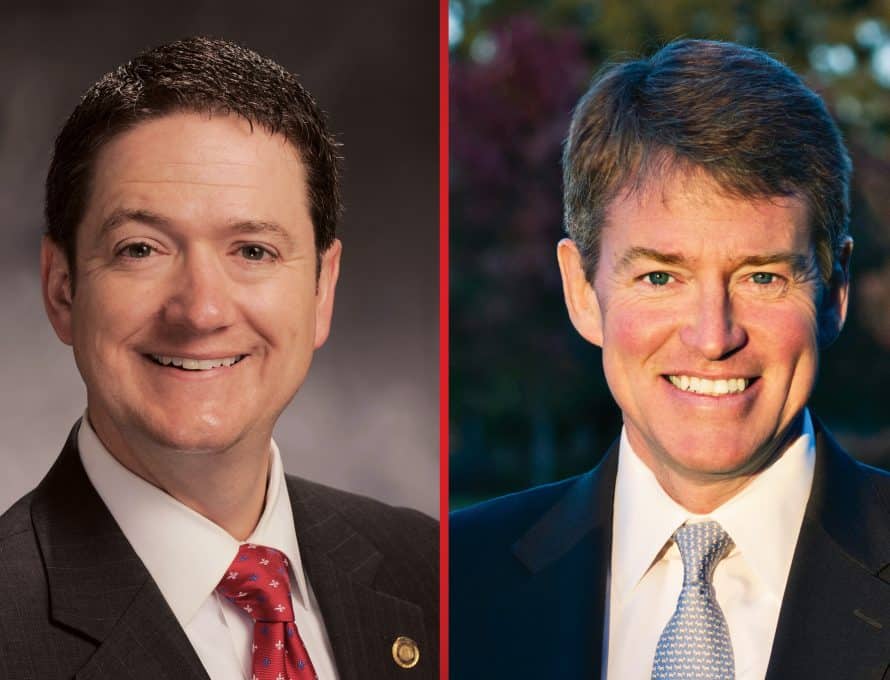 KANSAS CITY – Leaders of the Missouri General Assembly filed court papers Nov. 26 in Kansas City seeking an appeal to the Missouri Supreme Court to defend the marriage amendment in the Missouri Constitution that was approved by more than one million voters in 2004.

The motion to intervene by the General Assembly seeks review of a ruling by a Kansas City judge striking down the state constitutional provision. The action became necessary after Attorney General Chris Koster refused to appeal the ruling. President Pro Tem of the Missouri Senate Tom Dempsey, R-St. Charles, and Speaker of the House Tim Jones, R-Eureka, filed the “motion to intervene for purposes of appeal” in Jackson County Circuit Court before Judge Dale Youngs in the case of Barrier, et al. v. Vasterling, et al.

Youngs entered an order Oct. 27 declaring Missouri’s marriage amendment unconstitutional for denying equal protection to some same-sex couples married out of state but now living in Missouri. Ten couples represented by the American Civil Liberties Union (ACLU) sued for recognition of their marriages for purposes of various benefits including state employee benefits. Youngs ruled that Missouri recognizes only opposite sex couples married out of state, constituting discrimination and violating the same-sex couples’ rights to equal protection of the laws.

“Sen. Dempsey and Speaker Jones have demonstrated great leadership and are to be commended for doing a job the state attorney general took an oath to do,” said Don Hinkle, Pathway editor and director of public policy for the Missouri Baptist Convention, the state’s largest evangelical organization. “Speaker-designee John Diehl and his staff deserve our thanks as well for their support in this matter. The people of Missouri spoke clearly on this issue more than 10 years ago and this sudden, reckless ruling by a state judge deserves scrutiny by the Missouri Supreme Court.” The Missouri Baptist Convention overwhelmingly passed a resolution at its annual meeting Oct. 29 calling on Koster to defend the state Constitution and the state’s marriage laws.

Koster, a Democrat, promised to defend the Missouri constitutional provision, approved by voters by a 71-29 percent margin on Aug. 3, 2004, even though Koster personally supports same-sex marriage. After Youngs ruling, however, Koster announced he would not appeal. Dempsey and Jones wrote a Nov. 7 letter to Koster urging him to do his duty and appeal to the Missouri Supreme Court, but in a reply letter 10 days later Koster rejected their request.

Dempsey and Jones filed their motion on behalf of the Missouri General Assembly.  They advised the court that they are acting in their official capacity and not just as individuals. The motion asserts that the General Assembly has “standing” – or the legal right — to defend the validity of laws which originated in the legislature.

The motion states that even the trial court expected Koster to appeal: “The Court assumes that the Missouri Supreme Court will have an opportunity to provide the last word on all of the important legal issues in this case, and its review of this judgment will be de novo.” The case, if appealed, must go directly to the Missouri Supreme Court rather than the state court of appeals since it involves a challenge to the Missouri Constitution and related state statutes.

Kansas City attorney Michael K.  Whitehead, of www.TheWhiteheadFirm.com, filed the motion as special counsel for the General Assembly. Whitehead has practiced law for nearly 40 years and has experience in constitutional and civil rights cases, including cases before the U.S. Supreme Court.

The validity of the Missouri Marriage Amendment has been attacked in at least two other cases which are on appeal. In Lawson v. Kelly, federal Judge Ortrie Smith ruled that the refusal to issue marriage licenses to same-sex couples by the Jackson County recorder of deeds was unconstitutional. The judge stayed his ruling pending an appeal to the Eighth Circuit of the U.S. Court of Appeals in Kansas City. Koster has agreed to appeal that case.

In State of Mo. v. Jennifer Florida, state Judge Rex Burlison made a similar ruling in a case where the St. Louis City recorder of deeds issued four marriage licenses to same-sex parties, including one to U.S. Sen. Claire McCaskill’s deputy chief of staff. Mayor Francis Slay then offered his chambers for the wedding ceremonies in June 2014. Koster filed a lawsuit to enforce Missouri marriage laws, but Burlison declared that the state Constitution’s marriage amendment and related statutes violated equal protection. Koster has agreed to appeal this ruling to the Missouri Supreme Court, but he did not ask the judge to stay the court’s order pending appeal. Therefore, marriage licenses may be issued in the city of St. Louis.

Recently, the Sixth Circuit of the U.S. Court of Appeals in Cincinnati upheld the constitutionality of state constitutions and statutes in Kentucky, Tennessee, Michigan and Ohio, which recognize marriage only between a man and a woman. That case is expected to be appealed to the U.S. Supreme Court, and the high court may agree to hear it, since there is now a conflict between the Sixth Circuit and several other circuits in the federal appeals system.

Missouri is in the 8th Circuit, including several Midwestern states.  If the 8th Circuit Court of Appeals should uphold the Missouri marriage laws, Missouri could join the states involved in the 6th Circuit decision in asking the U.S. Supreme Court to resolve the legal issues in these cases.